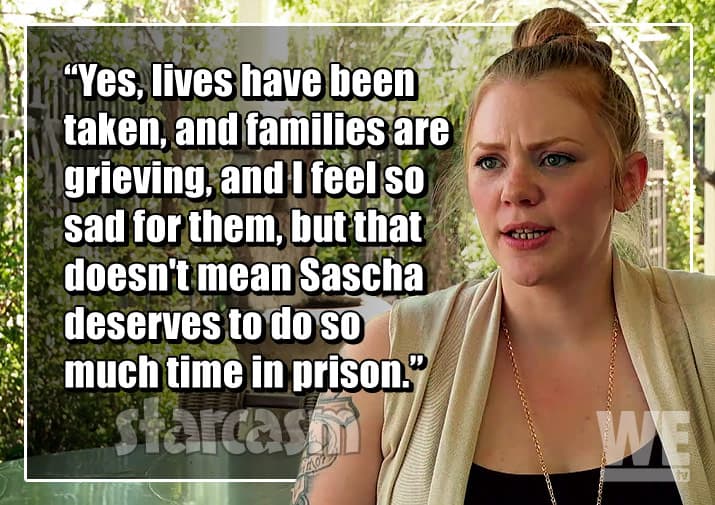 On this week’s episode of Love After Lockup: Life After Lockup, Brittany Santiago broke down in court when a judge gave her close friend and former bunkie Sasha (correct spelling) a 10-36 year prison sentence stemming from a botched home invasion in 2013 that left two people dead and another injured. Sasha was not a shooter, but the judge stated that he felt as though the incident wouldn’t have happened at all if it weren’t for her.

After the episode aired, Brittany was finally able to share her reaction to the sentencing publicly without violating her NDA, and she expressed her frustration on Instagram. “I know there’s a lot of different opinions about Sascha and what happened in her case…some good and some bad…and that’s OK, but I want to clarify a few things,” Brittany begins.

I’m a firm believer that “if you do the crime you do the time” but that doesn’t always mean people are guilty of their exact charges or the exact crime itself. Please stay tuned for my YouTube video about “misconceptions of what people are doing time for and how the system over books just to make one stick”….

Yes, lives have been taken, and families are grieving, and I feel so sad for them, but that doesn’t mean Sascha deserves to do so much time in prison. She was there but not involved. 6 dudes in an argument and one pulls a gun and shoots 3 people and Sascha is supposed to do what about that? How is that her fault? No one can ever control the actions of others.

Yes, she brought them there, and yes, she was there, but she served 4 years incarcerated already and I believe she should’ve served those years but not this extra time.

I’ve watched Sascha cry night after night over her case. Those victims haunt her and she is remorseful for something she was not the cause of. The aggressors and shooters should be serving the time in place of the lives that were lost, but instead the main aggressor was found not guilty at trial and is free, roaming the streets while Sascha is serving more time. Fair??? Deserved??? Right??? Is this justice?

Everyone is entitled to their own opinion and for all the Sascha supporters I thank you for her, but for all you Sascha haters…. #eatit

We will update with Brittany’s YouTube video once it is posted.

UPDATE – We still do not have the YouTube video, but we do have an addendum from Brittany:

I already knew this post was going to get a lot of attention before I posted it but I had to say my peace. I’m not trying to cause arguments with people over their opinions. I am truly heartbroken for the victims and when I said she doesn’t deserve more time it’s ONLY because she didn’t pull the trigger or tell anyone else to do it either. You can not control the situation of others.

If you need a little more context, and missed our previous article about Sasha’s sentencing, here is a brief summary of her role in the crimes from The Las Vegas Review-Journal:

Prosecutors have described the killings as a home invasion gone awry. On Jan. 8, 2013, [Maurice] Sims, his girlfriend at the time, Sasha Williams, and two other men broke into an apartment to get a TV she believed she was owed. They also took other electronics. The group’s plan fell apart after Anderson fought back, and that is when he and Russell were killed…

…A third apartment resident, Laurice Brightman, was shot in the buttocks during the fray. He jumped out a window to escape, police said at the time. Brightman reportedly told police Williams showed up at the home with three men carrying guns who forced their way inside. Williams, who is free, said she was owed $200 for a phony credit card that the victims made, so she wanted a TV in return. 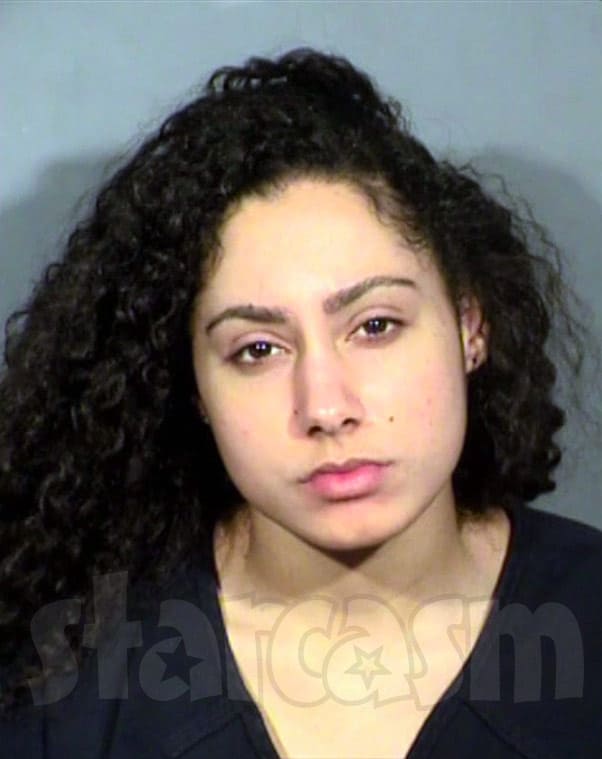 As we previously reported, Sasha’s ex-boyfriend Maurice Sims was a shooter, and he was initially facing the death penalty. However, he rolled the dice and allowed his case to be put in front of a jury, and they found him not guilty on the murder charges. Maurice was sentenced to four to ten years — but had already served six. According to online records, he is now out of prison — just as Brittany stated.

Both of the other men involved in the home invasion, Da Ron Morris and Brandon Range, are still in prison.

Sasha opted to avoid trial, and she pleaded guilty to four felony charges, which included one count of conspiracy to commit burglary, and three counts of burglary with use of a deadly weapon. As part of the deal, five other charges were dismissed, including two counts of murder and one count of attempted murder. As we previously revealed, Sasha’s lawyer has filed a notice of intent to appeal the sentencing.

So what do you think? Was the judge too harsh on Sasha with his sentence? Or did Sasha’s role in the deaths of two people and the injury of another justify 10-36 years?

NOTE: It appears that “Sasha” is the correct spelling of her name, according to court documents, so I went with that this time around.