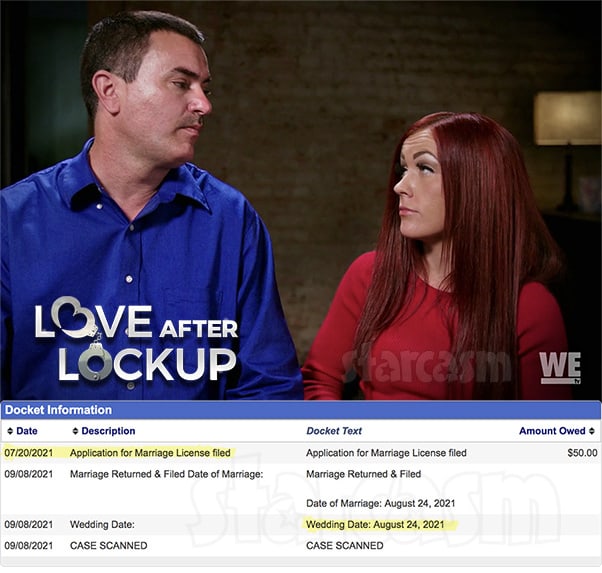 It appears that Love After Lockup and Life After Lockup star Shawn Osborne’s attempt to date every incarcerated white female felon in the United States between the ages of 25 and 30 has come to an abrupt stop. At least for now.

In a rather shocking update, it was recently revealed that Shawn and his latest prison boo Sara Isaac are officially married! According to Ohio court documents, Shawn and Sara filed for their marriage license on July 20. They officially got married a little more than a month later on August 24. 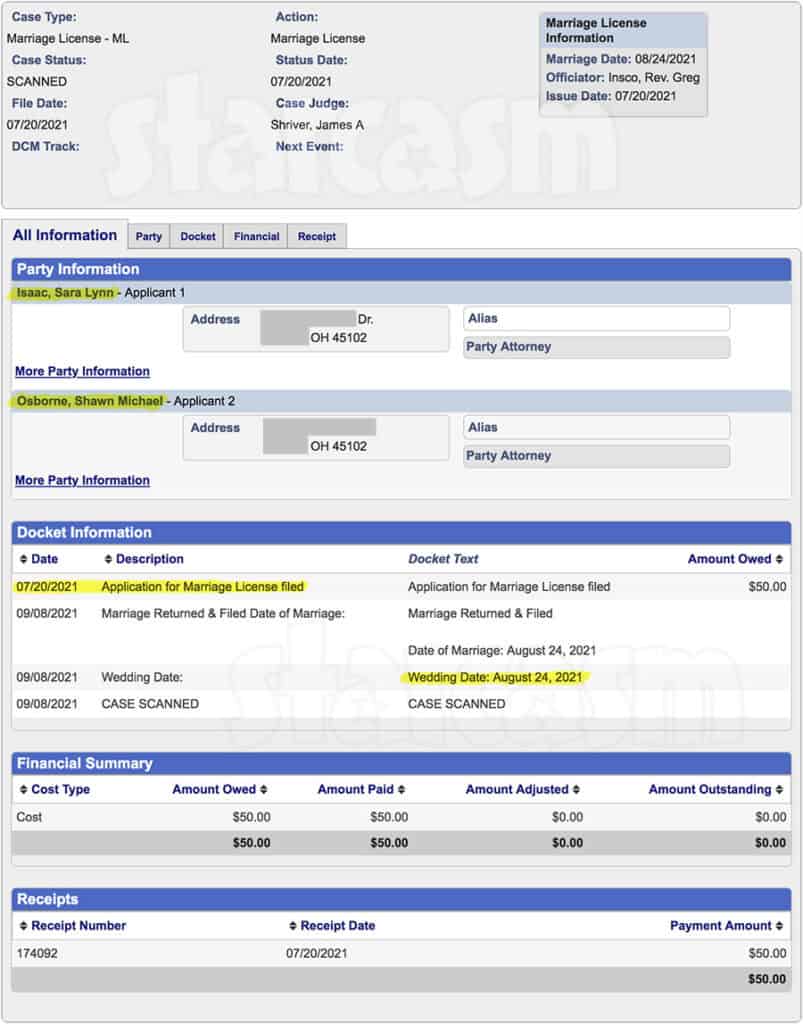 The marriage is definitely a big surprise! However, there’s an even bigger surprise: Sara is reportedly pregnant!!

Here’s the clip, which clearly implies that the pregnancy test belongs to Nicolle:

WE tv also dropped a marriage clue, although it may not have been intentional. During Friday night’s episode, you could clearly see that Sara was wearing at least an engagement ring during her joint interviews with Shawn. Here’s a screen cap: 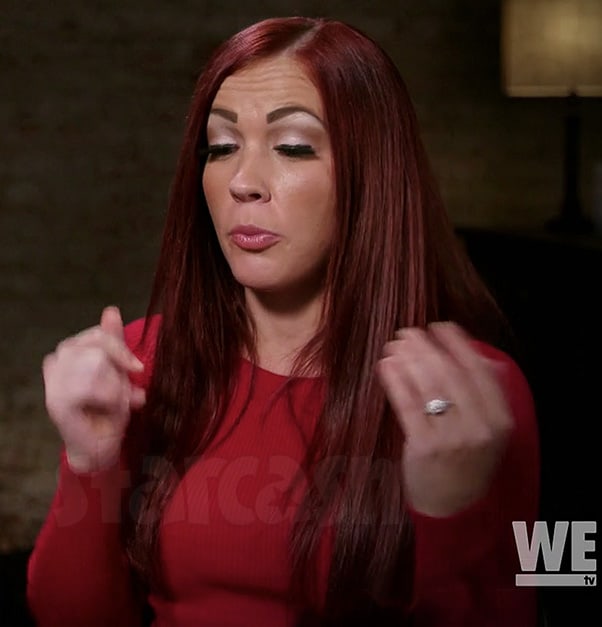 Ummmmm… Congratulations Shawn and Sara? It’s unclear what Sara’s due date is (or was), but we will certainly keep an eye out and update when we know more.

As Love After Lockup and Life After Lockup viewers are well aware, Shawn has six children with his ex, Kelly. It’s unclear what the current child support situation is for Shawn’s children under the age of 18. It’s also unclear if Shawn has a job.

The towing company that Shawn worked for while living in Arizona won a default judgment for $9,950 against him in an Arizona court back in February [2020]. In addition to that amount, the ruling adds that “interest will accrue on this judgment at 5.75 percent per annum.”

While putting this post together, I checked the Nevada courts and this lawsuit had an update. The plaintiff filed a “Memorandum Of Accounting On Writ Of Garnishment” in December of 2020. The filing added an extra $838.54 for “further sums incurred to collect on judgment.” The filing states that a copy was mailed to Shawn at a Las Vegas address, so it seems someone needs to update their records. (Shawn was already in Ohio in December.)

The principal sum in that judgment was $10,889.35. The judgment included a 10% interest rate for the 13 months prior to the judgment, as well as an accruing 4.75% interest rate until it was paid. There was also $4,000 in attorneys’ fees as well as $394 for costs incurred by the plaintiff.

Kelly was named as a co-defendant in both of the civil lawsuits mentioned above.

The money woes for Shawn Osborne from #LoveAfterLockup continue — a court has ordered him to pay $10,000 to a former employer: https://t.co/XQ4usWimLy

To see how Shawn and Sara’s marriage and pregnancy story line plays out on screen, be sure to tune in to new episodes of Life After Lockup airing Friday nights at 9/8c on WE tv!

SOURCES: The marriage story seemed to spontaneous combust on various sites online in a matter of hours. The earliest posts I could find included a TV Shows Ace article and a YouTube video by According To Amber.