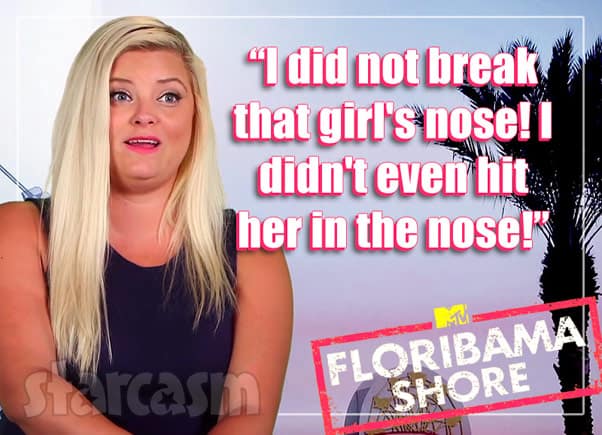 The cast of MTV’s Floribama Shore are currently in St. Petersburg, Florida filming a new season full of drunken drama and hi-jinx. For those fans concerned that star Aimee Hall might not be as wild as usual due to being placed on probation late last year stemming from a 2018 altercation at a Panama City Beach bar, there is no need to be concerned. According to court records, Aimee has completed the terms of her probation, including shelling out $4,357.08 to the victim for restitution.

After pleading no contest to the charge, Aimee was sentenced to six months probation in September. Under the terms of the probation, Aimee was ordered to pay the victim, Melissa Bensinger, the amount listed above. She was also fined $400, but was given the option to complete 35 hours of community service instead. Aimee was also ordered to take an anger management class.

On February 27, Aimee’s Probation Officer signed off on the paperwork asserting that the 26-year-old reality star had completed the terms of her probation.

As it turns out, Aimee wasn’t the only one involved in this case to be on probation this year! The victim, Melissa Bensinger, was arrested on October 29 of last year for DUI and leaving the scene of an accident with damage over $50. Here is Melissa’s mug shot photo from the arrest: 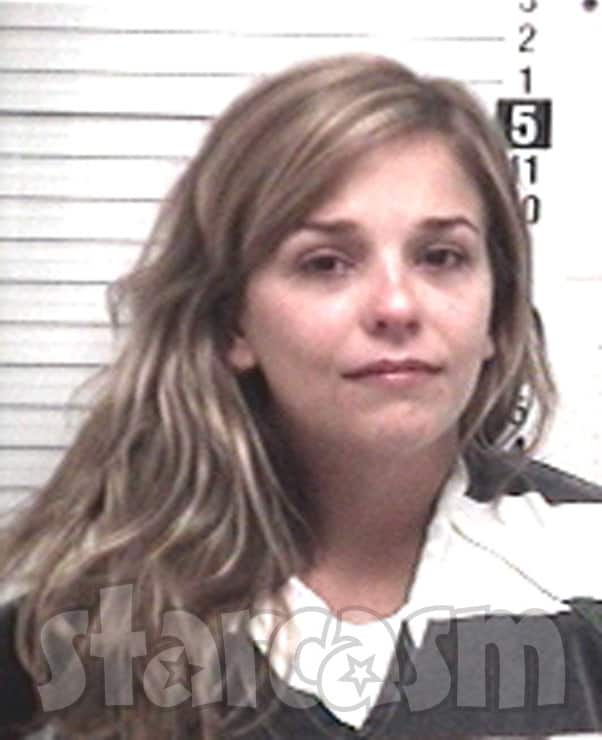 According to court records, Melissa was adjudicated guilty on both counts with sentencing that included the following terms:

Court records indicate that Melissa was also adjudicated guilty of a DUI in 2015.

Getting back to Aimee Hall… Unfortunately for her, and for Floribama Shore producers 495 Productions, the civil lawsuit filed by Melissa Bensinger is still ongoing. The latest docket entries in the case feature show producers asking that video footage of the incident, and any other copyrighted material that they turn over to Melissa’s legal team, be considered confidential and not available to the public.

The Circuit Court judge in the case signed off on a Stipulated Protective Order on April 17 granting the producers’ motion. In other words, we will not be seeing video footage of the incident because of the case, even if it is used as evidence.

Speaking of evidence, among the items turned over to the show’s attorneys was Melissa’s x-rays, as well as the bill and instructions from the hospital where she got treatment after the fight. One local news outlet reported that Melissa’s nose was broken during the altercation, but that has not been confirmed. (It was brought up on the show, which you can see in the video clip at the bottom of this post.)

Need a brief summary of exactly what happened that led to Aimee’s arrest? Here is an excerpt from our previous post:

In case you missed it, Aimee was charged with battery after an altercation at Ms. Newby’s bar early in the AM on May 16. There are varying accounts of what led to the fight, but they all seem to agree that Aimee wound up punching a woman named Melissa Bensinger after Melissa reportedly expressed to Aimee that she thought the show made Panama City Beach look “ratchet.”

#FloribamaShore star @aimeehall1001 charged with battery after an altercation at a bar in which she allegedly punched a woman in the face for saying the show makes Panama City Beach look "ratchet" https://t.co/NX6lYl2lVj

Meanwhile, the cast has moved on to St. Petersburg where show star Nilsa Prowant has already been arrested for allegedly flashing her breasts and kicking out a car window. I will leave it up to the residents of St. Petersburg to decide whether or not that would be considered “ratchet.” 😉

I will wrap up this post with a video clip from Floribama Shore featuring Aimee’s reaction to the altercation making headlines, and the possibility that she might be facing jail time: