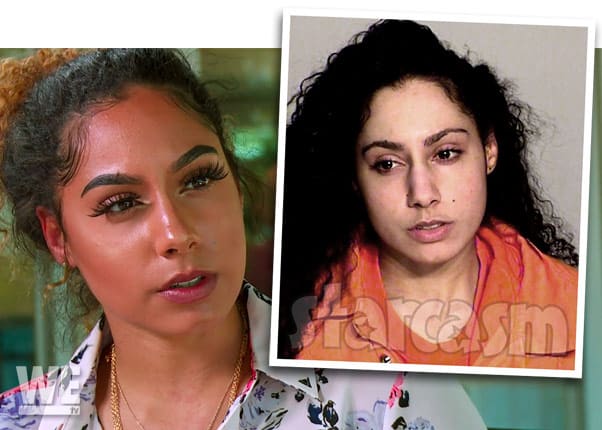 The best friend and former bunkie of Love After Lockup star Brittany Santiago is headed back to prison — for a long time. Sascha Williams, who appeared on the show several times, was sentenced to 10-36 years last month after pleading guilty to four felony charges. The charges stemmed from a botched home invasion in 2013 that left two people dead and another injured.

The sentence was handed down on April 3. It appears as though the WE tv cameras were rolling because show producers filed a request for media access and were approved. I am guessing this is the court room scene featured in the dramatic trailer for the new Love After Lockup spin-off series Life After Lockup.

The hefty sentence could have been much worse without Sascha’s plea deal, which lowered the number of felonies she was facing from nine to four. Among the felonies with which Sascha had initially been charged were two murder charges, as well as an attempted murder charge.

Here are Sascha’s initial charges, including those that were later dismissed as part of her plea deal:

On Love After Lockup, Sascha met up with Brittany and Marcelino for brunch and he asked her why she was in prison. “I was in a really bad relationship. So, bad decisions, Yeah.” That was all Sascha said. (She was able to attend brunch after posting her $175,000 bail.)

Here are actual details about what happened from The Las Vegas Review-Journal:

Prosecutors have described the killings as a home invasion gone awry. On Jan. 8, 2013, [Maurice] Sims, his girlfriend at the time, Sasha Williams, and two other men broke into an apartment to get a TV she believed she was owed. They also took other electronics. The group’s plan fell apart after Anderson fought back, and that is when he and Russell were killed…

…A third apartment resident, Laurice Brightman, was shot in the buttocks during the fray. He jumped out a window to escape, police said at the time. Brightman reportedly told police Williams showed up at the home with three men carrying guns who forced their way inside. Williams, who is free, said she was owed $200 for a phony credit card that the victims made, so she wanted a TV in return.

[I want to point out that “Sasha” appears to be the actual spelling of her name. I’ve elected to go with “Sascha” because that is how it’s spelled on the show. It is also how Brittany and Marcelino spell it. And Sascha’s attorney added the “c” in some of the court filings as well.]

Sascha’s boyfriend Maurice initially faced the death penalty, but late last year a jury found him not guilty on the murder charges. Maurice was sentenced to four to ten years — but had already served six. According to online records, he is now out of prison.

Both of the other men involved in the home invasion, Da Ron Morris and Brandon Range, are still in prison. 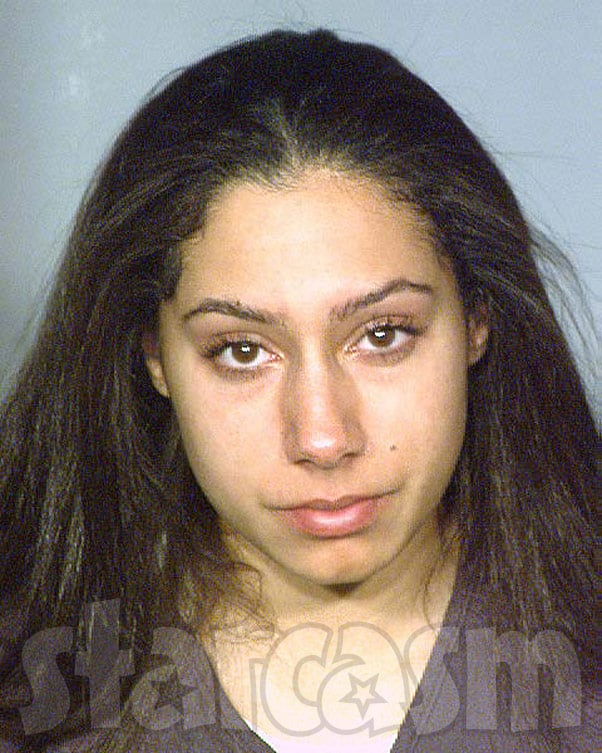 According to the Nevada Department of Corrections, the earliest Sascha could be released on parole is February of 2025. The latest date she could be released after serving her sentence in its entirety is June of 2033. Sascha’s attorney filed a notice of appeal in regards to the sentencing on May 8.

UPDATE – Brittany has shared her reaction to Sascha’s sentencing, revealing that she believes it was too harsh given that Sascha wasn’t actually a shooter. Click the link for Brittany’s full statement.

Just prior to being sentenced, Sascha attended a Love After Lockup viewing party hosted by Brittany and Marcelino in early March. Here is a gallery of photos from the event shared by Brittany in which you can see Sascha (looking really amazing):

Last night was so much fun! We are so grateful for everyone that made it to our #loveafterlockup #watchparty you all truly made us feel so special so a big thanks from @blazebird45 and I…. Sad the season is over but we hope our lives were able to touch those that watched us and followed our story. Love you all!❤❤❤ @amanda.loveafterlockup @thejkatkilla @evilpugsmama #teambrittanyandmarcelino

Judging from the Life After Lockup preview trailer, I assume that Sascha’s sentencing will be a big part of Brittany’s story line. I suppose we will all find out when the new series premieres on Friday, June 14 at 9/8 on WE tv!

UPDATE – If the blonde woman in the Instagram gallery above looks familiar, that’s because it is Jessica Gipson from a later season of Love After Lockup!