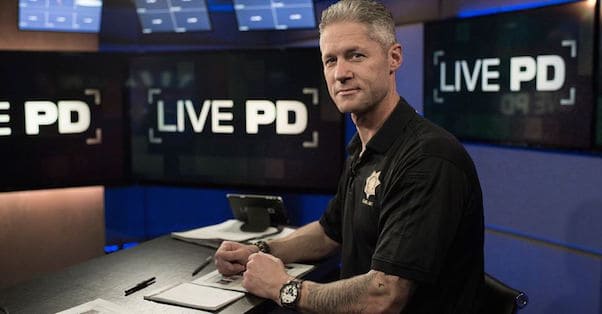 Why was Live PD canceled?

Although A&E had already put the program on pause in the wake of the ongoing nationwide protests over police treatment of black people, Live PD suffered from a second, related controversy. The show’s cameras were running when Austin police killed Javier Ambler in March of 2019, but A&E has since announced that the recording of Ambler’s murder had been destroyed. (The footage never aired during Live PD‘s run last year; this month, the Austin Police Department released separate bodycam recordings from the police officers involved.)

Those two factors combined were ultimately too much for the show. Late yesterday afternoon, Deadline was the first to report the news of Live PD canceled. In a statement confirming the news, A&E suggested that there might be a place for the show at some unspecified future point, but that for now, an already indefinite hiatus “has been made permanent.”

“This is a critical time in our nation’s history and we have made the decision to cease production on Live PD,” the network said in a statement to Deadline. “Going forward, we will determine if there is a clear pathway to tell the stories of both the community and the police officers whose role it is to serve them. And with that, we will be meeting with community and civil rights leaders as well as police departments.”

…Ultimately, both the network and the production company on Wednesday came to the conclusion that there was currently no path forward for the show in its current form as protesters and politicians are calling for a police reform following the death of Floyd while restrained by a cop during arrest.

Is there any chance Live PD could come back?

But the confirmation of Live PD‘s cancelation also pointed out that A&E had just renewed the show for a whopping 160 episodes. (No, that’s not a typo.) In addition, Live Rescue, an official spinoff that follows first responders, just premiered this past April.

So it might just be a matter of time before we hear about the return of Live PD. America’s continued struggle with police brutality and controversy over police tactics in general seem to suggest that the show won’t look quite the same (but then, policing itself likely won’t, either). But if there’s one thing you can count on in entertainment, it’s the popularity of money winning out over everything else. It’s hard to believe a show as popular as Live PD won’t return in some form.

PHOTO Welcome to Harrison, Arkansas: The most racist town in America