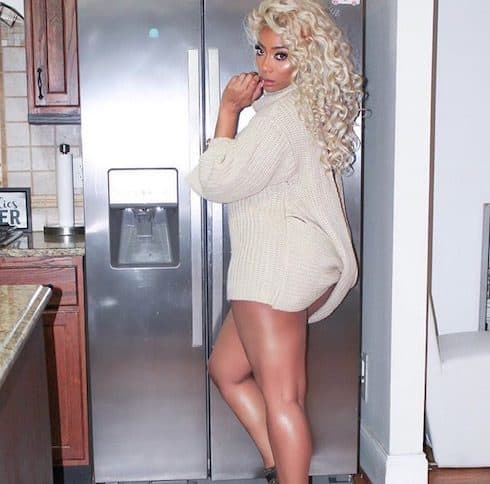 Love and Hip Hop Atlanta star Tommie is claiming she’s quit the show, just weeks after her controversial arrest for assaulting a middle schooler. However, given the timing of her claim — and the fact that VH1 rarely comments on cast changes before announcing a new season — we can’t help asking: Did Tommie quit LHHATL, or was she actually fired?

Here’s what we know so far. According to the gossip fiends at @BestRealityBlog, Tommie first said she’d quit the show in an Instagram story she added late Saturday night. Here’s a screencap of that update:

Is #Tommie trying to tell us something ? #LHHATL #lhhatlanta

Note that that update doesn’t use the word “quit.” Instead, Tommie says she “no longer works with” the people at her old job — meaning, presumably, the rest of the Love & Hip Hop Atlanta cast.

Then, several hours later, a fan dropped the Q-word in a question for Tommie, and Tommie responded by saying simply “Facts”:

#Tommie just confirmed that she has QUIT Love and Hip Hop Atlanta! ? Are you happy @tommiee_ has decided to leave the show? #Comment . . #LHHATL #lhhatlanta #LHHNY #LHHH #LHHMIAMI

It’s certainly possible that Tommie is done appearing on the show. Her LHHATL tenure has been filled with fights, on- and off-camera legal problems, and battles with alcoholism.

But we can’t help wonder whether these claims from Tommie mean she’s trying to get out ahead of the official word from the network itself. Because Tommie’s off-camera time since the LHHATL Season 7 reunion has been especially over-the-top. This autumn, she was arrested twice in twenty-four hours. The second time came when she tried to hide from police as they searched her house for her.

And the first time was due to the aforementioned assault of a middle schooler — at the child’s school. (It’s been widely reported that the child was Tommie’s daughter Samaria, though that claim has yet to be proven.) The child cruelty allegations stemming from that arrest have reportedly been a cause of concern for Love & Hip Hop Atlanta‘s producers for over two months.

Given Tommie’s latest outburst, it seems unlikely that she’ll just return to the cast and things on the show will return to normal when LHHATL Season 8 drops next year. The most likely scenario could be a PR battle between Tommie and VH1 over the “correct” version of this story — i.e., whether Tommie quit before she could be fired, or was fired before she could quit.