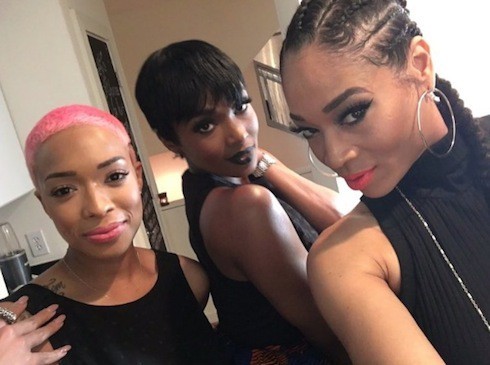 VH1 has just released a brand-new and extended LHHATL Season 5 new cast and preview trailer. Entitled “The Morning After,” the clip features interviews with several of the Atlanta crew’s biggest names, each of whom looks back on the “non-stop insanity, confusion, and mayhem” of Season 4 and wonders, in Rasheeda’s words, “What the hell was I thinking?”

Since the theme of the clip seems to be looking past that craziness–and looking good while doing so–it’s worth wondering if the Love & Hop Hop Atlanta cast intends to keep things calmer this season. Before we point out why that seems unlikely, check out the clip for yourself:

Mimi Faust probably sums it up best: “I sometimes think, ‘Wow,'” she says. “Did all this sh*t really happen in the last four years?”

Karlie agrees: “Where am I? What am I doing? How did we get here? When I think back on all the years that we’ve been filming this show…I get emotional, I get a little crazy. But, at the end of the day, this show has done so much for me.” (Karlie also has what’s probably the single best line of the whole trailer: “I just want all these b*tches to stop thinking about my sh*t unless they wiping my ass.”)

“The type of real-life drama going on this season will have you shook,” we’re told. For one thing, Tammy Rivera will make her return as a full-time cast member, after stepping back into Recurring status last year. In addition, the LHHATL Season 5 new cast features three major faces. The first–and probably the most prominent, given the attention paid to her in VH1’s promotional materials, is D. Smith, the first transgender cast member of any show in the Love & Hip Hop universe. 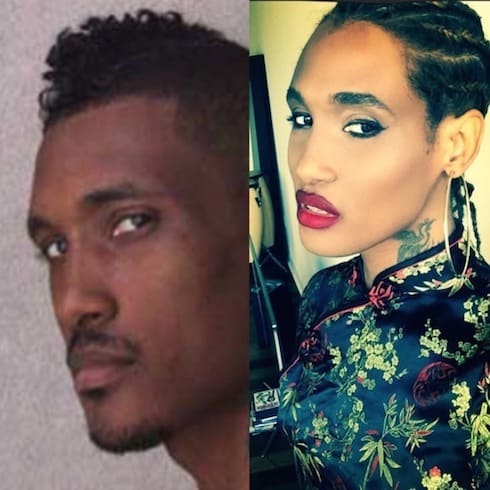 Smith is best known to hip hop audiences for his work on Lil Wayne’s album Tha Carter III, for which she (then he) was awarded the Best Rap Album Grammy award. She’s been transitioning from male to female for over a year, and has been detailing her journey with greater and greater frequency via her Instagram page; you can follow along by checking out @truedsmith. Smith’s whole story is definitely worth your full attention: for an in-depth look, be sure to check out our feature story here. 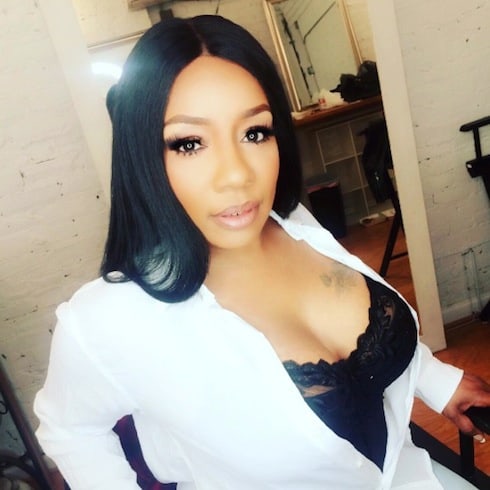 Karen King–who you can follow on Instagram at @iamthequeenkarenking–is, in the words of VH1’s LHHATL Season 5 new cast press release, the “outspoken momager” to her two boys. She’s “brokered major deals for her sons with Akon’s Konvict music and T-Pain,” and is ” a longtime friend of Stevie J, who she…also [considers] her brother and uncle to her sons.”

Two things about Karen are immediately clear: one is that she goes by KK; the other is that she does not appear to suffer any sort of foolishness. She’s also been making headlines of late thanks to the emerging story of she, Scrapp, and Sas’ 2012 arrest for kidnapping and assault. It’s another long and extremely detailed story, which you can read in full here; hopefully, we’ll get to hear some more about it during the upcoming season! 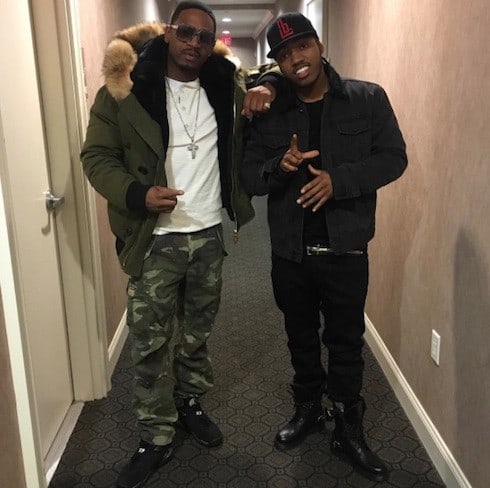 Sas–pictured on the right above, with Stevie J–and his older brother Scrapp DeLeon are Karen’s children. They “set the game ablaze” as teenagers with Da Razkalz Cru; lately, though, they’ve gotten off-track, thanks to Scrapp’s “relationship drama with girlfriend Tommie” and Tiara, who’s the mother of his son. (Both women will feature as LHHATL Season 5 new cast members: check out Tommie on Twitter here and Tiara on Twitter here.)

In addition, Scrapp is currently serving time on a drug charge–a fact to which his younger brother Sas alluded with a recent Instagram update featuring the two of them:

Me n bruh caught in the moment just doin wat we do. Catch us and dukes on the new season of #Love&HipHopAtl #lhhatl airing next month. #FollowMyLead #NBL #TheLeaders #FreeScrappDeleon #LongLiveDolla SASNBL.com

When will Love & Hip Hop Atlanta Season 5 debut? You don’t have long to wait: VH1 will drop the season premiere on Monday, April 4th, at 8 PM EST.

Who is D. Smith? Photos and bio of LHHATL cast member