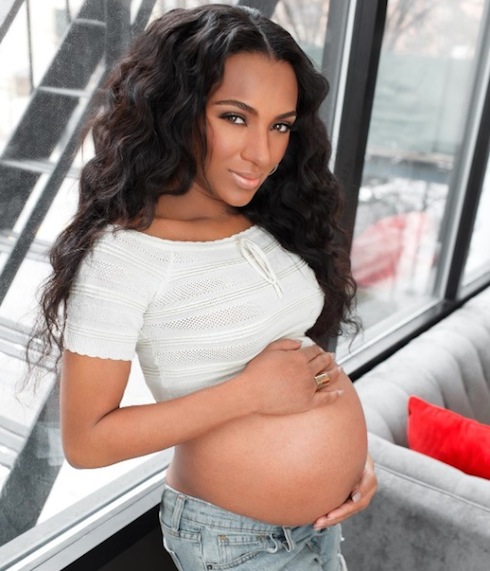 Tara and Peter have dealt with more than their fair share of haters during Love and Hip Hop Season 6, which is why it’s been so nice to see the overwhelmingly positive reaction to the Tara Wallace and Peter Gunz new baby photos! The couple just revealed the first images of their infant son Gunner, following an exclusive spread in Life & Style ahead of this Monday’s LHHNY reunion special.

After the Life & Style feature, both Tara and Peter took to Instagram with photos of little Gunner Ethan. When it comes to baby photo galleries, it’s best to offer as little commentary as possible and just step aside for the cute snapshots. So! Without further ado, here you go:

#TummyTime on his @mypello floor pillow? #Gunner having so much fun trying to balance his head and turning it from side to side?. @mypello is so awesome and a wonderful baby must have.

Our 1st day home he sat in his #mamaroo by @4moms_hq while I eat. Couldn’t wait to see him in it?! #TEAMGUNNER

Can’t help but not give a f*ck what you think when I look at him… I’m sure his Mom feels the same way.. Team Gunner!!!

I am my brothers keeper… Juice and Punch…

However, Tara did have one special message for the few haters still out there:

The first of the two-part Love and Hip Hop Season 6 reunion special will air this Monday night, March 21st, at 8 PM EST on VH1.