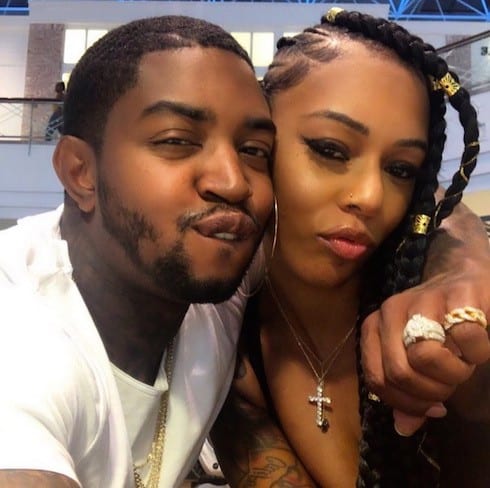 Earlier this week, we reported on the reunion of current and former Love & Hip Hop Atlanta stars Lil Scrappy and Bambi, whose ongoing engagement and heartbreaking fallout were a major part of their storyline for the past few seasons. The pair spent several months estranged, then surprised and delighted fans by showing up in each others’ social media feeds looking like happy lovebirds. (This wasn’t a *total* surprise, since Scrappy had been “hunting for the Bam” down in Miami in the weeks before they got back together.)

But it seems like our earlier update might have actually been a little bit behind the times–instead of just “wedding planning,” which seemed to be in its early stages, did Lil Scrappy and Bambi get married in secret, and are they only now letting friends and family know about it? A recent Jasmine Brand article alleges that that’s exactly what happened: “They wanted to get married quietly,” said the source, “away from the cameras and the public. They’re so in love. It’s really just about them and nobody else.”

That quote alone only suggests that Lil Scrappy and Bambi got married, but elsewhere in the article things become clearer. According to the same source, Scrappy’s ever-present mother Momma Dee “is aware that [Lil Scrappy and Bambi] got hitched,” finding out just before “they told their close family and friends.”

And, as if that weren’t enough all by itself, the source dangled this particularly scintillating tidbit: “something bigger is in the works,” and “it will be filmed for the upcoming season of Love & Hip Hop Atlanta.” If that last part is true, it would mean that Lil Scrappy has decided to return to the ATL after flirting with a change of scenery at the end of last season; it would also mean that Bambi has decided against her recent claims otherwise and chosen to go back to reality TV.

Of course, neither Bambi nor Lil Scrappy are answering questions about whether they went and jumped the broom. But they certainly have been head-over-heels for each other on IG of late–Scrappy’s recent hopes for a “fairytale” are an illustrative example:

Got my woman on ha Cinderella shiznyee well we call it Bamarella and u Knw I’m the mf Prince . @adizthebam let’s make a #fairytale

And Scrap has always been a good father to the daughter he and Erica Mena had, but he sounds like even more of a family man–and an even happier one–of late:

I lov this about my life I enjoy being a dad so I dnt call it daddy duties that’s for niccaz that dnt spend that much time and take care of there kids but this is a blessing aka just being a loving parent cause she didn’t ask 2 b here .

So–whether or not the rumors are true, huge congrats to both Lil Scrappy and Bambi on finding such happiness together. And, if the rumors *are* true, hopefully the “something bigger” mentioned above is a strictly for-show wedding ceremony that we’ll all get to ogle during LHHATL Season 7 next year 🙂

(Photo credits: Did Lil Scrappy and Bambi get married via Instagram)

Rihanna has a crush on Megan Fox!