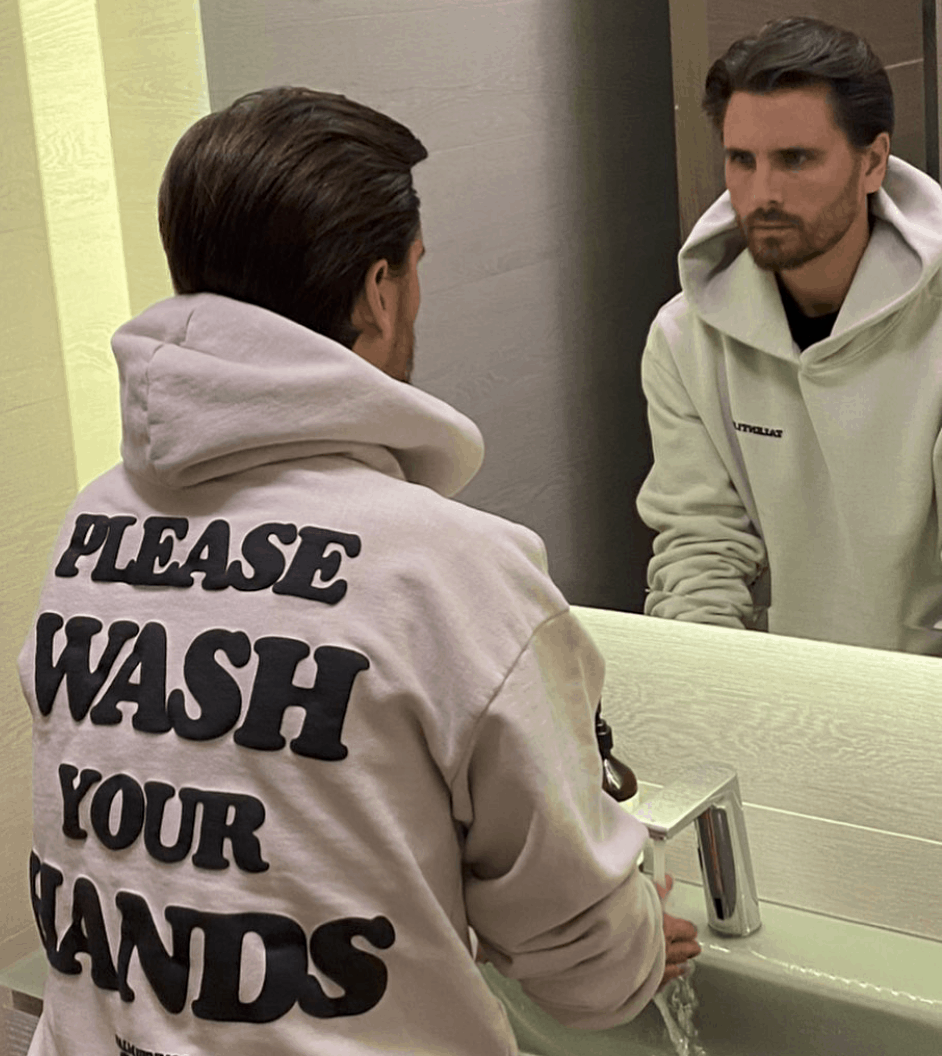 Scott Disick has reportedly been in a luxurious rehab in Colorado for almost a week, according to The Daily Mail. Their source seems to be an insider: either another person receiving treatment at the facility, or potentially a staff member. Because of COVID-19 precautions, the source says Scott had to quarantine until he was cleared of the virus before he was physically introduced to the group.

Scott participated in am Zoom meeting with the group to introduce himself while still in confinement. The website’s source leaked a photo a Disick during this meeting. He’s reportedly at the All Points North Lodge in Edwards, Colorado adressing issues with trauma, problems with his ex, and drinking alcohol and cocaine use that may have escalated during Stay a Home orders. UPDATE: Scott Disick’s lawyer has released a statement that Disick was only seeking help for trauma related to the death of his parents, NOT substance abuse.

Scott, who has three children with Kourtney Kardashian, has had issues with substance abuse for years. He’s received hospitalizations and treatments several times since 2015. In 2016 he was found unresponsive in his bed, so it’s wonderful that he’s addressing his health again before things get too out of control.

As of April 23, Scott enjoyed time on the beach with girlfriend Sofia Richie at their Malibu home, but of course, that doesn’t mean he wasn’t having a difficult time.

On the last episode of Keeping Up With the Kardashians, which was filmed some time ago, an emotional Scott opened up about still struggling with the deaths of his parents six years ago.

The worldwide COVID-19 shut downs, quarantines, and general disruption of daily life has taken a toll on mental health and substance use disorders. If you feel you’re struggling, don’t be afraid to seek help. SAMHSA’s National Helpline – 1-800-662-HELP (4357)