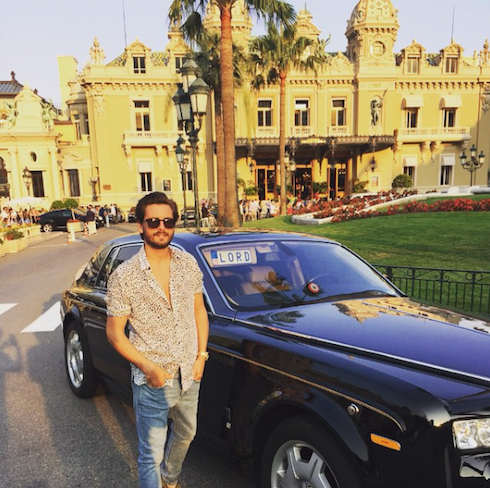 The rumors regarding a Scott Disick rehab return have begun anew, just a few short months after Disick’s successful fourth attempt at detoxing. Reportedly, Disick and his estranged partner Kourtney Kardashian have exchanged more than a few words about Scott’s frequent Las Vegas-area partying–particularly since the 32-year-old’s Vegas engagements seem to always take place at noted bar and grill 1OAK.

Scott Disick and Kourtney Kardashian have had at least one grand row over his continued paid appearance at the Vegas establishment: it was their fight over Scott’s $30,000 New Year’s Eve party at 1OAK that derailed their relationship, however briefly. Following that, it was said that Scott intended to leave the country for British shores, allegedly to take part in the most recent season of Celebrity Big Brother. When that particular opportunity didn’t come to pass, though, Scott decided to double down and try to win Kourtney back via grand gestures, like breaking up with his Swedish-model girlfriend and letting it be known that he “just wants to be a good father.” So far, Kourtney has seemed receptive to Scott’s overtures…but, for her, there’s the matter of his partying to consider. 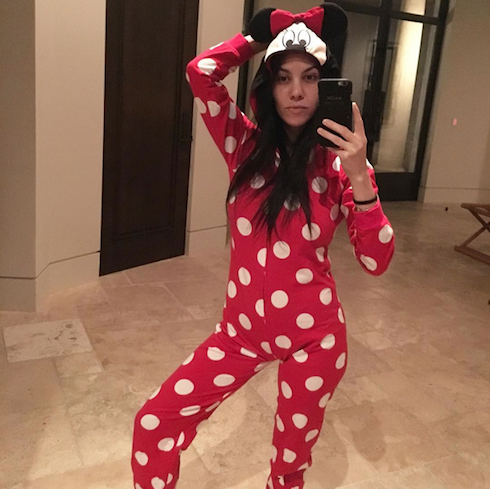 According to multiple reports, Scott’s most recent Vegas engagement was a bro-heavy affair, possibly because Kourtney couldn’t make it out with him. (It’s worth noting that while Scott was in Vegas this past Friday night, Kourtney was at home with their three kids–she shared the above photo on Instagram that night.) E! noted that Scott, who has spent a great deal of time posing for photos with women in the past, largely avoided such temptations this time around. And a Daily Mail missive observed Scott’s “good spirits,” but did not point out his alleged commitment to keeping a glass of water in his hand at all times–something other outlets made sure to.

At the same time, eyewitnesses have seen Scott Disick and Kourtney Kardashian out and about in the greater Calabasas area, filming scenes for forthcoming episodes of Keeping Up With The Kardashians. Though fans and detractors alike have speculated about the nature of Scott’s future involvement with the show, it’s believed that he remains under contract with the immensely popular reality television program, and will remain a part of its many storylines–whether he’s attached to Kourtney Kardashian or not.