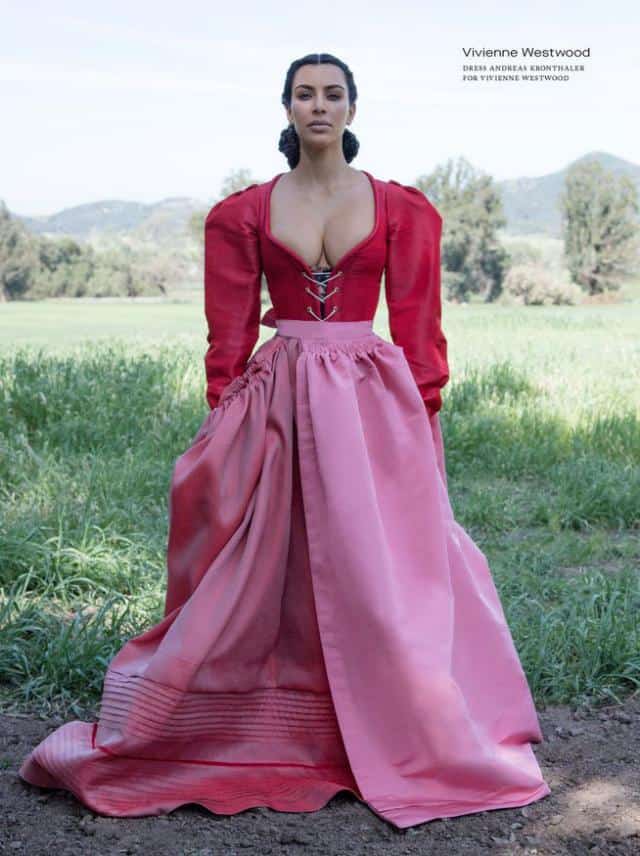 In a new interview and photoshoot with CR Fashion Book Kim Kardashian wanted to emphasize her “modest soul” and spiritual beliefs, but not without also showing off her 24 inch waist.

For the shoot Kim dressed up as a “ghost from a simpler time,” and took some time to talk about her soul and beliefs. She noted that she doesn’t think she is a demanding diva and revealed she has a “model soul” inside. “What’s funny is that, though I obviously am very comfortable not being modest, my soul inside is kind of modest,” she said. “My closest friends know that about me.” 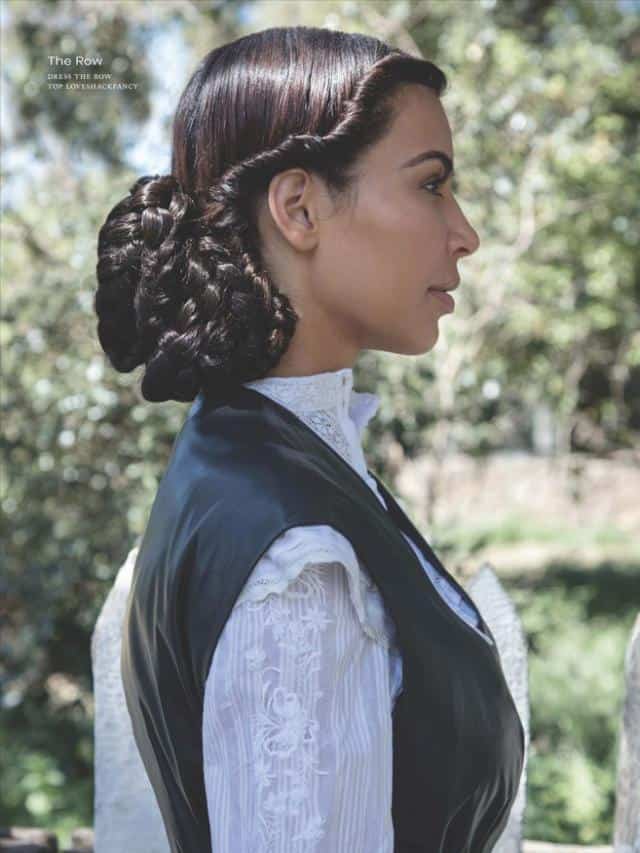 Expanding on the “ghost” them of the shoot, Kim says she believes that her deceased dad Robert Kardashian visits her in the form of birds. “I believe there are signs from the spirit world all around us,” she said. “When my dad was sick with cancer, we were laying out by his pool and I said, ‘If you die, you have to come back in the form of a bird.’ We were driving on the freeway right before his funeral and this huge flock of birds flew over the 101. Everyone stopped because it was so crazy looking. I was like, ‘There you are.’”

Husband Kanye West lost his mom Donda in 2007 to complications following a plastic surgery procedure and now he’s joined in with Kim’s belief about souls returning as birds.

“Yesterday Kanye took a picture of the two black crows that are always at our house and always together. We always say that they are our parents hanging out together at our house.”

Keeping Up With the Kardashians earlier this year that it's now the smallest her waist has ever been - at 24 inches. She's achieved this feat by working out six days a week with trainer Melissa Alcantara, a fitness routine she's been keeping up for a while now. While her waist is 24 inches, her hips are 39 inches, which is no doubt the result of surgical intervention.

Was Scott Disick paid to go to luxury rehab facility in Costa Rica?

Is Kanye West really running for President in 2020?