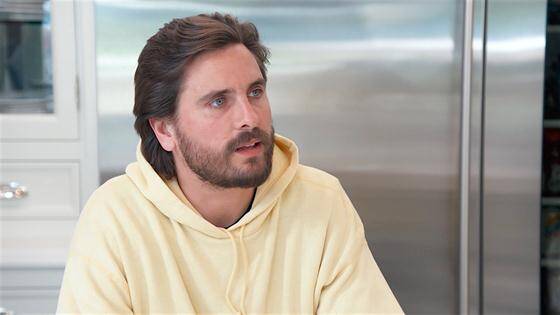 Yesterday The Daily Mail broke a story about Scott Disick checking in to a Colorado rehab facility last week. They included a photo of Scott and claims that he was there seeking help for substance abuse along with the trauma of losing his parents. Scott checked out of rehab immediately after he became aware of the story, and his lawyer has issued a statement saying that Scott was NOT seeking help for cocaine and alcohol abuse but was instead seeking help to deal with the trauma of losing both of his parents in a short amount of time six years ago.

“In an effort to finally come to terms and deal with the pain that Scott has been silently suffering for many years due to the sudden death of his mother followed by the death of his father three months later, Scott made the decision to check himself into a rehab facility last week to work on his past traumas. He did not check in for any alcohol or cocaine abuse.”

Scott lost his mother Bonnie Disick suddenly in October 2013, and then his father Jeffrey Disick just three months later in January 2014. The pain and suffering from this shock and loss is something he is still trying to work through. Unfortunately, his treatment was cut short because of this media leak. It’s unclear who leaked the photo and information, but the facility has released a statement that they plan to take legal action against the person who obtained the information and provided it to a media outlet.

The facility where he was receiving therapy, All Points North Lodge, made a statement to US via Noah Nordheimer, President and CEO:

“My team and I are aware of the information publicized on May 4, 2020, by the Daily Mail and other media sources regarding All Points North (APN) Lodge, the protection of our clients’ personal and confidential information is of the utmost importance to us. It is APN’s strict policy to not publicly disclose patient-specific information, including whether or not a particular client is or was being treated at our facility, or has inquired about our. If it were determined that any information relating to any client was ever obtained from APN facilities and provided to a media outlet, APN will take all legal action available against that individual, including cooperating with law enforcement and other governmental authorities.”