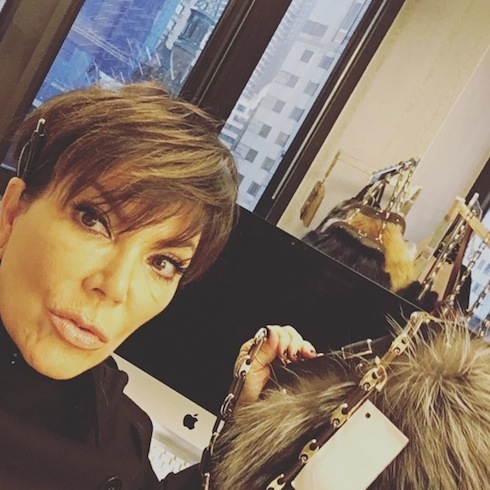 The Kris Jenner feud has spread to multiple fronts, reports say, and is likely to get worse before it gets better…because it involves at least three of Kris’ children, and possibly many more. A series of reports has emerged over the past few days; taken together, painting a picture of Kris as a possibly overly manipulative mother who’ll stop at nothing to get all the drama of her family members’ personal lives into Keeping Up With The Kardashians, as the reality television juggernaut continues its eleventh season.

The Kris Jenner feud started small, when it emerged over the weekend that Kris Jenner and Kim Kardashian are not on the best of terms thanks to Kris calling some of Kim’s photoshoots “cringeworthy” and implying that Kim should take better care of her image. And it’s been said for weeks that Kris Jenner and Rob Kardashian are not getting along, in light of Rob’s ongoing (and nebulous) health problems and Kris’ alleged refusal to disclose precisely what they are. 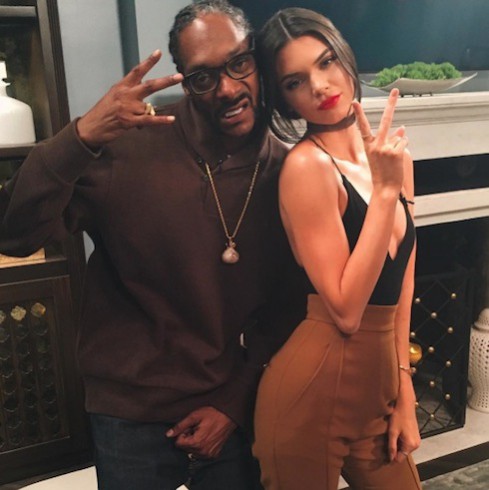 The latest front in the expanding Kris Jenner feud, though, is apparently with daughter Kendall, who recently began dating Harry Styles, of boy band One Direction. The couple are said to be in all sorts of young love, and Kris is delighted by the pairing–but she wants to put the two in front of KUWTK‘s cameras and let the magic happen, and that’s not something with which Kendall and Harry are down. Though reports say that Kendall and Kris clashed over Kendall’s alleged desire to “keep her private life private,” Kris supposedly “went all-out to have [Harry] as involved as possible,” and Kendall withered in the face of such pressure.

Harry is said to be quite “wary” of the cameras, but understands that “Harry knows there’s no way of stopping the cameras; that’s what comes with dating a Kardashian.”

Said an insider close to the developing situation, “What Kris wants, she usually gets.” 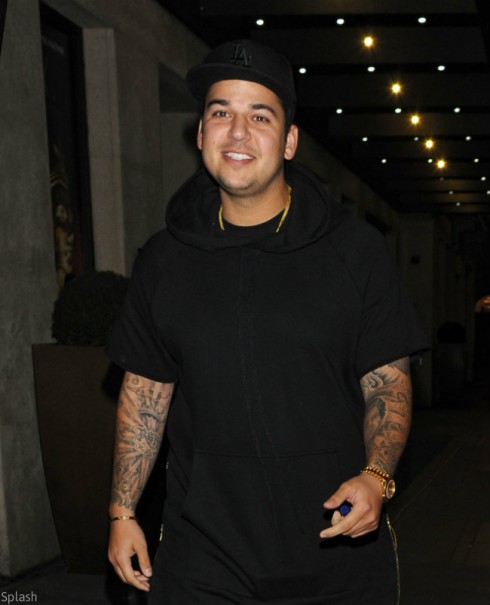 At the same time, Kris has gone on record saying that her ailing son Rob Kardashian allegedly wants to return to Keeping Up With The Kardashians. Kris spoke with E! News when she released the information, which came as a surprise to fans who’ve recently been told–often by either Kris or other Kardashian family members–that Rob is in poor health, may need gastric bypass surgery, and could be committed to a psychiatric hospital. “[Rob] wants to still come back and shoot the show,” Kris explained. “He just wants to feel good. It’s not that he doesn’t want to be on the show, it’s just he wasn’t feeling too good.”

Separately, the Kris Jenner feud with Rob Kardashian developed another layer yesterday, when Kris said that Rob’s health scare had been a “Godsend” for her son–and, indeed, for herself.

Kris concluded, “It was like a Godsend, so it’s all good.”

Rob’s 4.4 million Instagram followers expressed concern for the 28-year-old’s well being; in the comments for the photo, many of them asked how he was doing, and what, exactly, was going on in Rob’s life.

LHHMIAMI Khia accuses Trina of lying about being a prostitute, stripper: ‘You got to say you is a paid ho’