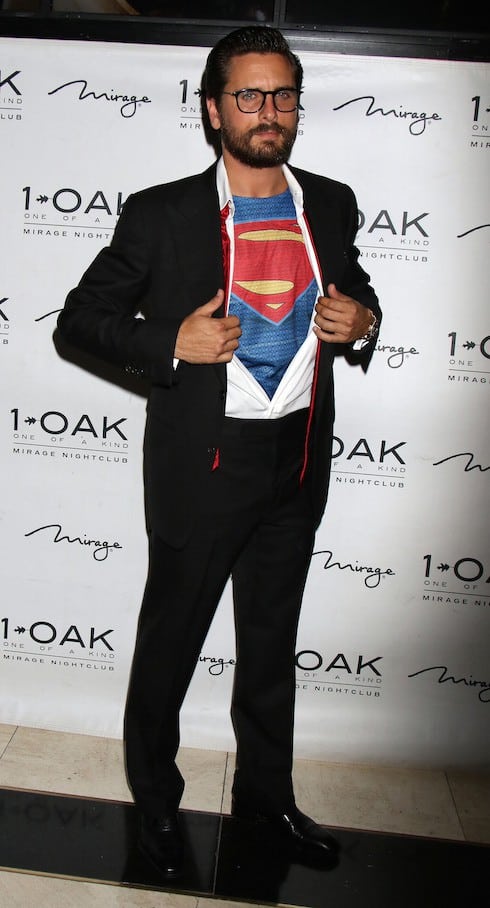 After the Lord was photographed slumming about town in a pair of revealing sweatpants, Scott Disick’s giant penis became a thing the internet found itself preoccupied with, and Kourtney Kardashian’s ongoing infatuation with the man she’s allegedly called “troubled” made a lot more sense. Earlier this week, Scott, who may or may not have ditched Kim Kardashian and a “makeup master class” in favor of his own PR during a recent trip to Dubai, was spotted shopping in Kardashian enclave Calabasas CA wearing a sweatsuit ensemble and looking rather like Eeyore. Fan attention, however, went quickly from the permanent mope that is Scott’s face to the sudden appearance of a Jon Hamm-esque bulge beneath the waist. And, while it’s not currently known if Kourtney is pregnant with the Christmas baby she and Scott were apparently hoping for just before the holidays, she did reportedly give up Bieber in preparation for Lent, paving the way for a Disickian reunion in the process.

Plus, Kourtney recently said that she’s worried about Scott and that he “just seems to get worse”–which, in Kardashian-speak, means she’s actually infatuated with the idea of him and can’t get him out of her mind, bed, pants. Maybe 2017 will see the double wedding between Kourtney, Scott, Khloe, and Tristan Thompson turn from rumor to cold, irrefutable fact after all.