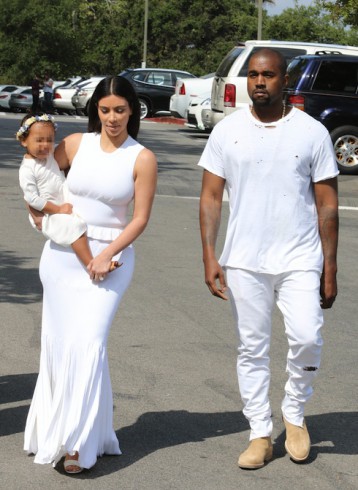 Kim Kardashian has a new book coming out. It’s called Selfish, and it’s a collection of the reality star’s favorite selfies from the past few years. To celebrate its release, Kimmy K sat down with Harper’s Bazaar for an exclusive, intimate look at she and Kanye’s (but mostly her) daily routines. Among the reveals? The couple changes menus on their diet plan every ten (10) days.

According to Kim, breakfast is usually “scrambled eggs or oatmeal, or a protein shake with fruit,” while lunch is “fish and vegetables, or chicken and vegetables, something like that.” Protein-heavy and carb-light, so far–exactly what folks who live by their bodies tend to eat.

I have vegetables and fish or chicken, just like lunch. I don’t really have cocktails or desserts—I mean, I wish! Haagen-Dazs is my biggest indulgence—their Dulce de Leche flavor is my favorite thing in life.

(Though morning is her favorite time of day to spend with her child, so one can only imagine what an early AM North-and-Haagen-Dazs party would look like.) 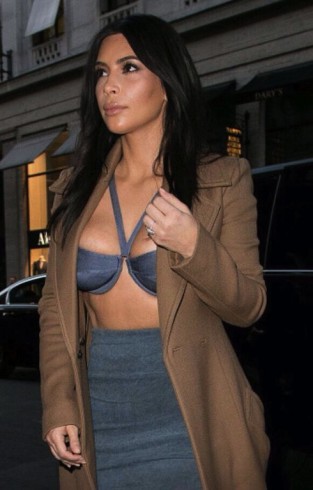 Related to that is the story of Kim’s daily exercise routine, which sounds as much about the music as her heart rate:

My workouts are usually about an hour, maybe an hour and 15 minutes total, but I like to mix them up. Running takes me about 35 minutes on the trails, and then I’ll come back and work my abs or legs. I like to listen to music while I work out, but I don’t need it to pump me up or get energized. It’s weird—I’ll put my iPod on shuffle and listen to slow R&B songs or even classical music, which most people think is so bizarre. I don’t need anything fast. When I go to Barry’s Bootcamp, they put on dance music or house music sometimes, and that slows me down.

It doesn’t look like Kim will be falling victim to the Gwyneth Paltrow food stamp curse anytime soon.

A tour of Roseanne Barr’s husbands