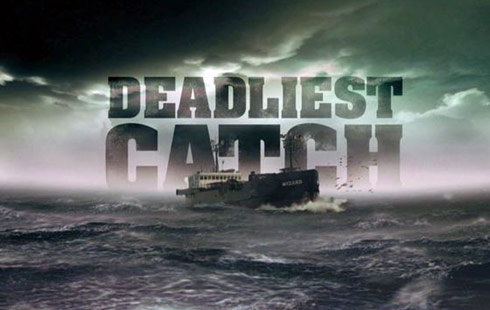 I write about celebrities and reality shows for a living, so I wouldn’t usually expect to enjoy writing a post about catching crabs. But, thanks to Deadliest Catch, there are exceptions.

Discovery’s ground-breaking reality series about the dangers of offshore fishing in the Bering Sea off of Alaska’s coast returns for its eleventh season tonight, but this season the game has completely changed. “After years of keeping a lid on Bairdi crab quota, new government regulations have increased the inventory by 400 percent,” reads the network press release. “These changes mean the potential for huge paydays for Captains and crew. But it’s first come, first serve on the Bairdi grounds, forcing everyone to risk it all to grab their piece of the bounty.” 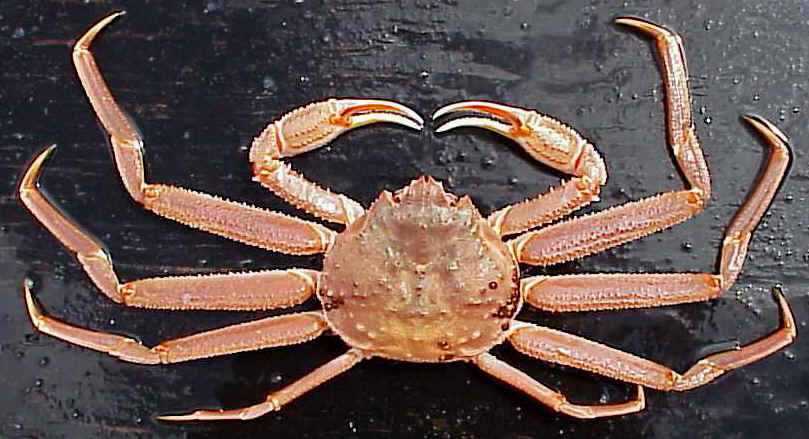 Bairdi (or tanner) crab (photo above) are larger than the opilio snow crab viewers are used to seeing on the show and in stores, but their numbers had dwindled to such low numbers that there was no quota for fishermen as recently as two years ago.

Amazingly, the species has made an impressive comeback, and the quotas were increased — dramatically. “About 15 million pounds of Bairdis are up for harvest in the Bering Sea,” reported KUCB back in October. “That’s five times as much as last year. Fitch says new survey data shows legal-sized Bairdi spread out all across the region.”

“This year is going to be a race,” said Northwestern captain (and Celebrity Apprentice alum) (and Starcasm fave) Sig Hansen, “get through King Crab and start the Bairdi. We don’t have time to make mistakes. First guy on the Bairdi ground is going to have the best chance to get crab before it gets picked over.”

There are two species of snow crab, chionoecetes bairdi and chionoecetes opilio. The Bairdi is the larger of the two species reaching sizes of 3 to 5 pounds while the opilio only reaches 1.5 to 2.5 pounds. The Bairdi Snow Crab is also marketed under the trade name “Tanner Crab.” The meat yield from a whole opilio is just 17%, compared to about 20% for Bairdi. The Yield from cooked sections to cooked meat for Bairdi averages about 34%. Bairdi snow crab is known through-out Alaska and among most crab lovers as the best crab available on the market. 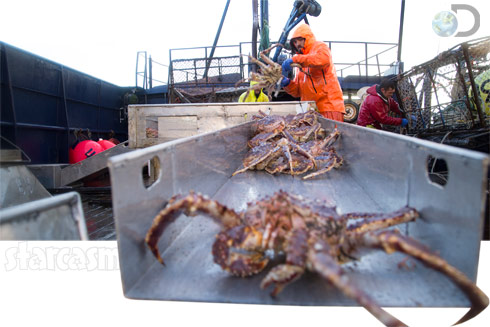 Here is more from the Discovery press release announcing Deadliest Catch Season 11 with some spoilers for what’s in store this season:

(Los Angeles, Calif.) – Massive storms, a super typhoon and new regulations will change all the rules. With great risks come even greater opportunities – and for those willing to put it all on the line, it means an even bigger payoff. From Original Productions, the 13-time Emmy Award-winning series Deadliest Catch returns for its 11th season on Tuesday, April 14 at 9 PM ET/PT on the Discovery Channel.

The fearless captains of the Bering Sea are back. This year they must lean on their brethren to survive. But just how far will they push their crabbing brotherhood to the edge?

“In the beginning, I came up to Alaska for the money. It was just a job,” said Jake Anderson, deckhand on the F/V Northwestern. “I learned quickly it was more than that… When you go through hell, there is something about it that makes you closer. That’s brotherhood. That’s not an easy life, when you can stare death in the face and you look at each other and smile.”

After years of keeping a lid on Bairdi crab quota, new government regulations have increased the inventory by 400 percent. These changes mean the potential for huge paydays for Captains and crew. But it’s first come, first serve on the Bairdi grounds, forcing everyone to risk it all to grab their piece of the bounty.

“This year is going to be a race – get through King Crab and start the Bairdi. We don’t have time to make mistakes. First guy on the Bairdi ground is going to have the best chance to get crab before it gets picked over,” said Captain Sig Hansen.

On the Northwestern, the Bairdi bump won’t just bring profit for the ever-controlling Captain Sig Hansen; it will bring opportunity and a bigger stake in the claim for his brother Edgar. But will Sig loosen the reins on his aging crew? For Deckhand Jake Anderson, this season is a fight to prove to the world – and himself – his worth as a fisherman, father and captain.

Meanwhile on the Cornelia Marie, Josh Harris is trying to step out of his father’s shadow, the late Capt. Phil Harris, and earn the respect of his crew. But first, he needs to get out of the dock since his boat’s engine won’t start and is forced to wait for critical parts.

Every fisherman returns to Dutch Harbor, Alaska, with a renewed hope to prove they belong among the brotherhood of the Bering Sea. But to succeed out on the water, change must come from within. For Wild Bill of the Cape Caution, it’s about accepting his son for who really he is; on the Time Bandit, Johnathan Hillstrand must overcome his health, family issues and massive boat repair bills to turn his business around with a new group of young guns. On The Wizard, Captain Keith Colburn must re-examine his idea of the ultimate deckhand as he goes through several crewmen. And for Elliott Neese, it’s the need to bridge the gap between his dreams of having a family and a successful business. But will he be able to put his old demons to rest?

As the struggle for Bering Sea crab continues, only one thing is for certain: this season will push them closer to the brink.

But the captains still know how to have fun. This season features some of the most ambitious pranks in the show’s history, including one captain’s boat getting stolen (who didn’t think the prank was so funny at first!).

Also returning this season is “The Bait,” a series of one-hour pre-shows, beginning at 8 PM E/P on April 14. “The Bait” will provide an inside look at the episode ahead, and the captains themselves will talk fishing, drama and what to expect on that night’s episode of Deadliest Catch. The Deadliest Catch fansite will be more engaging than ever before – including the new Deadliest Catch 360°, an interactive experience where fans can tour the fleet virtually and the popular Deadliest Catch Fantasy Game, back for its third year.