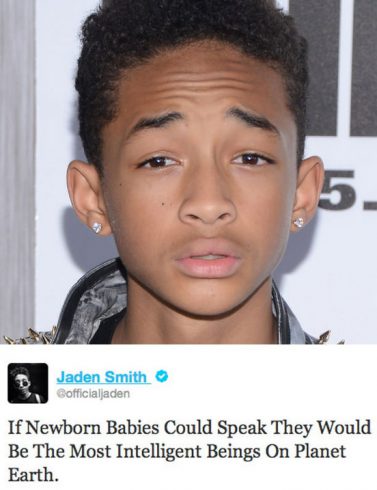 In a recent interview tip Red Table Talk, Jada Pinkett Smith revealed that her son Jaden wanted to be legally emancipated from her and his dad Will Smith when he was only 15.

“At 15 years old, Jaden, and I remember this day specifically, it’s probably one of the most heartbreaking moments of my life,” she said. “You got to a point where you told me straight up, you were like, ‘Mom, I have to leave here to live my life.’ “

Of course, this was around the time Jaden was breaking out as a teenage philosopher and comparing himself to Galileo and Plato in GQ interviews and talking about time travel and quantum physics in T Magazine.

He ultimately decided to not legally separate from his family. Why? “See, here’s the thing. I’m not going anywhere. The thing that people don’t get is everything at this house is free,” Jaden told Ellen about why he stayed.

“I can get anything and everything at his house, so I’m going to be there for 20, 30 years,” he joked. “[Will] says as soon as I have a movie that’s bigger than one of his movies, I can get my own house.”

VIDEO Jada Pinkett Smith on open-marriage rumors: ‘Will is his own man’