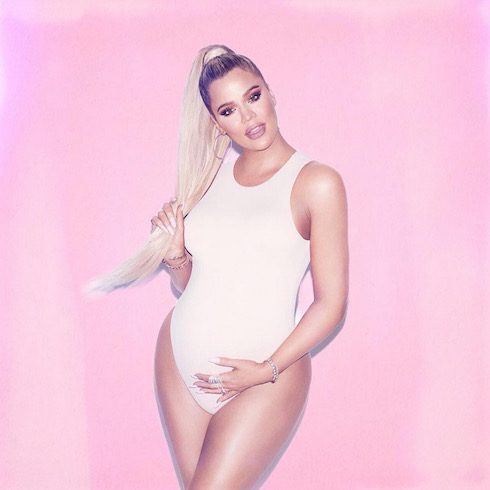 The third (and presumably final) Kardashian baby of 2018 will also be the first one in the family’s history born away from their southern California digs. Rumors of Khloe Kardashian giving birth in Cleveland have been proven true, as a number of new reports confirm that Khloe is nesting near baby daddy Tristan Thompson for her pregnancy’s final days.

Khloe not long ago had her fans thinking she was joking when she said she wanted to move to Cleveland, have a bunch of kids with Tristan, and cook them dinner every night. But the 33-year-old reality star, who recently drew heavy criticism for flying to Japan while eight months pregnant, says she needs to be with Tristan and can’t handle the back-and-forth of air travel any longer.

Kardashian home network E! was the first to confirm the news. “It was a mad rush to get everything to Cleveland and ready,” said their insider, unaware that this was the first time the phrase “mad rush” has been used to describe a trip *to* Cleveland. E!’s insider also said that Khloe is “less than two weeks away” from her due date, and dependent upon her assistant to “tend to all of the final details.”

Since then, People has also gotten in the game. Their report on Khloe Kardashian giving birth added that Khloe “seems very happy every day” (which, again, is not the choice of words you want if you work in PR for the city of Cleveland).

Khloe is said to be “a bit nervous about the birth, but mostly excited,” and in the meantime is simply “taking it easy in Cleveland.”

And Seventeen pointed out that Khloe may have decided on a “T” name for she and Tristan’s little girl, something that Khloe first teased in a tweet to a fan. Were she to do so, she’d just be following in the new Kardashian family tradition of not picking out “K” names for their children: neither Kourtney nor Kim nor Kylie have done so.

It’s believed that Khloe and Tristan’s plan to have a “fun, quirky, personal” wedding once their baby is born is still a go. Other insiders have alleged that Khloe won’t marry Tristan — and therefore appear on-camera for the inevitable Keeping Up With The Kardashians wedding special — until she’s got her pre-baby body back, and that’s part of why she’s said to be planning a post-pregnancy fitness empire.

Finally, there’s still no word on whether Khloe has decided to go with a vaginal birth or a c-section — but Khloe remains determined to eat the placenta.

VIDEOS LHHH Is Princess Love having a baby? Here’s everything we know