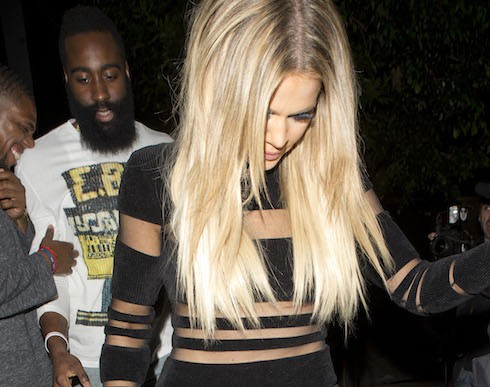 Khloe Kardashian and James Harden have been together through some surprisingly trying times in both their lives: the last few months have seen Khloe withstand a barrage of criticism regarding her alleged treatment of ailing estranged husband Lamar Odom, and Harden plays for the Houston Rockets. According to a handful of emerging and intriguing reports, though, the pair are headed for splitsville, thanks to Khloe’s discovery of widespread infidelty on James’ part.

How widespread? Hollywood Gossip has it on good authority that there’s a whole “squad of sidepieces” waiting to take the NBA star’s call the minute he Hardens. The squad includes some famous names: Karruche Tran and Ashley Jade have both kept themselves tight with James–and, if the rumors are to be believed, unexpectedly took him up on an offer of courtside seats for a recent game against the Lakers, possibly intending to throw the affair in Khloe’s face. 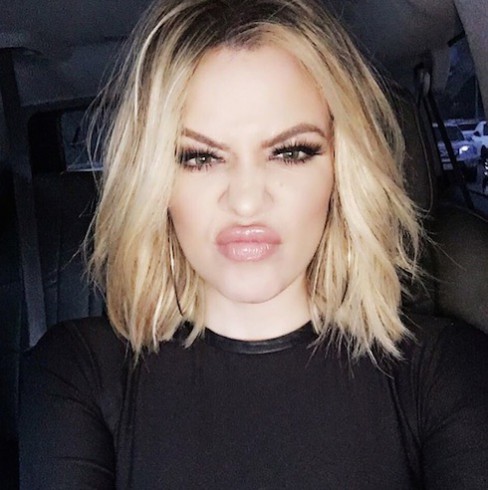 The possibility of Khloe Kardashian and James Harden splitting was further bolstered by a Fashion & Style missive stating that Harden has been seen out and about and cozy with a mystery brunette several times in recent days. Though a source close to the pair claimed that the woman was simply a fan Harden met during his recent boys’ night out at a strip club with Tyga and possible lovers Scott Disick and Chris Brown, the two reports combined have onlookers wondering just how much longer this relationship will last.

After all, it was only last week that Khloe had to deal with the news–which she decided to break–that Lamar Odom cheated on her for the duration of their marriage. At the time, Khloe said she was aware that “NBA p*ssy” is a thing, but thought that Odom had the decency to keep things private. It’s not known if she’s willing to extend James Harden the same courtesy.