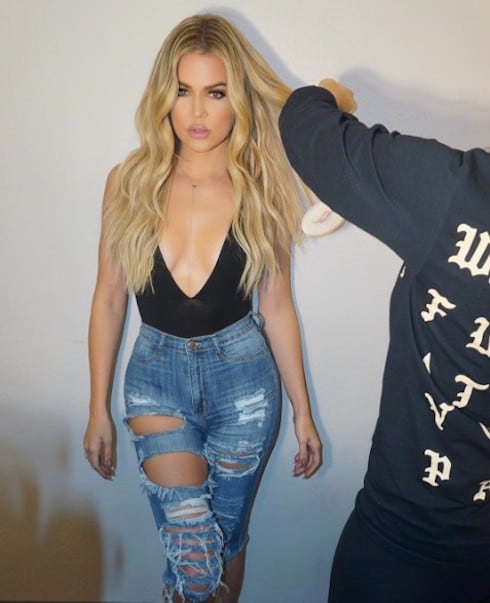 Khloe Kardashian and Tristan Thompson are now pretty much officially a couple, for the most part, and the timing couldn’t be better for Khloe as she continues to free herself from all entanglements with estranged husband Lamar Odom. No less a media organ than Cleveland.com has confirmed–via a report from People that 32-year-old Khloe has started seeing Tristan, the 25-year-old starting power forward for the NBA’s Cavaliers.

Things appeared to blossom between the two of them last week, when they were seen acting somewhat flirty during a house-hunting outing with a larger group. After that, they danced at an LA club together…and apparently decided to go semi-next-level, as photos of the pair vacationing it up in Mexico have now surfaced.

“Khloé and Tristan have been seeing each other for a little bit,” said the source in Cleveland’s report. “He’s a really nice, good guy and she seems very happy with him.” 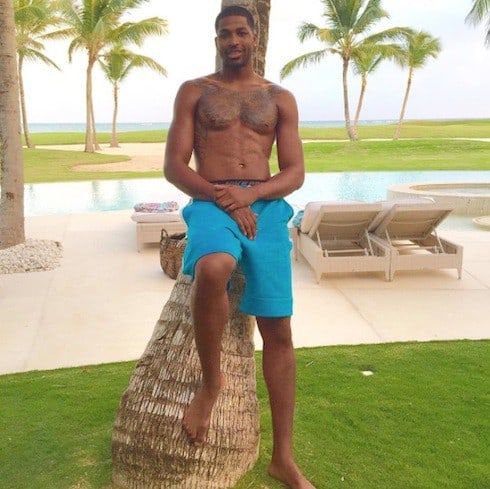 Additionally, an Us report alleges that the pair have been “flirty and laughing a lot”–and that Khloe, in particular, seems to be having a grand time with her new man. The pair spent considerable time on the beach at Cabo San Lucas, but also “rode ATVs and took to the water on Jet Skis.”

At the same time, Khloe “continues to move on from Lamar Odom,” per a new dispatch from Inquisitr. Their insider confirms that Khloe and Tristan are reportedly definitely “friends with benefits,” and emphasizes that “Khloe certainly has a type and Tristan fits that mold.” Because of that, Khloe is trying to keep as level a head as possible: “She is not denying that she finds him attractive and would consider more than just the fling,” the source explained, “since she usually falls for a guy real quick.” It’s also possible that Khloe Kardashian’s recent cancer scare strengthened her resolve, making her less patient with Lamar’s alleged ongoing drug use–and more receptive to Tristan’s calm, free-spirited ways.

The Khloe Kardashian pregnancy rumors that arose earlier this summer continue to be bandied about.

Designer Zandra Rhodes Drives Her Car Into A Hardware Store