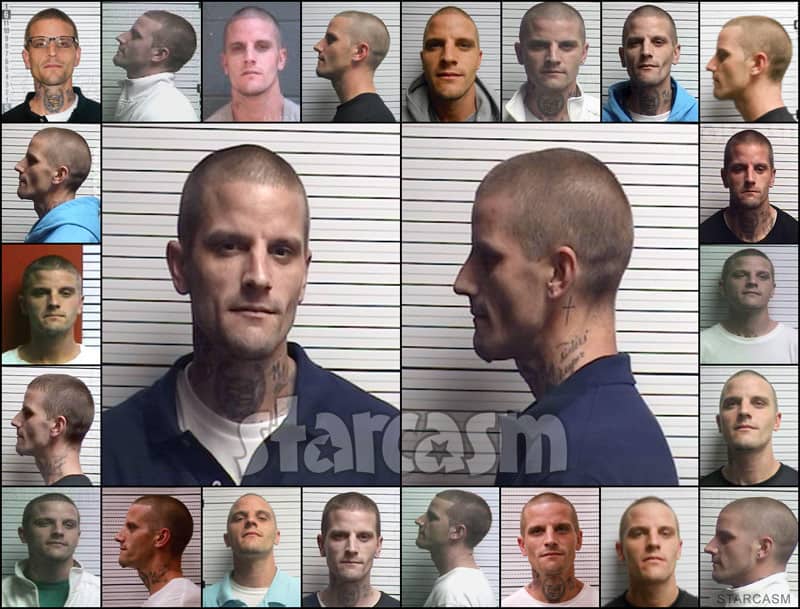 The legal woes continue for Jenelle’ Eason’s ex-husband Courtland Rogers. The 33-year-old was locked up in Brunswick County Jail this morning, where he is being held on a $100,000 bond.

According to jail records, Courtland was once again booked on a probation violation, so I assume this is the same issue that landed him behind bars earlier this month. It’s unclear what the alleged probation violation is, but it has triggered his February, 2018 felony charge of possession of a schedule III controlled substance with the intent to manufacture, sell or deliver.

Neither Courtland nor his pregnant wife Lindsey Rogers have addressed his recent arrests on social media.

Courtland revealed that Lindsey was pregnant with their second child, his third, back in May. Lindsey stated earlier this month that they planned to find out the sex of the baby on July 29, but they have not made a public gender reveal.

Courtland talked at length about his struggles with drug addiction and the impact it has had on his life and those around him in a lengthy Facebook post earlier this month. Courtland stated that he has been to prison (not just jail) four times, and he said he has been to 17 different treatment centers to try to overcome his addiction issues. In total, Courtland figured that he had spent 7 of his 33 years either behind bars or in rehab.

More from our previous post that includes Courtland’s statement in its entirety:

Courtland continues to throw out shocking numbers as he reveals that he has overdosed five times. He adds that the last time he overdosed was after a friend of his died after using heroin with a particular stamp on the bag. Courtland told himself: “well if it killed him it’s f**king good as f**k,” so he tracked down a bag of the same stuff for himself. He says that he overdosed after just one bag, and that he would not still be alive if it weren’t for a friend that had NARCAN and was able to give him two doses to revive him.

Courtland is scheduled to be back in court in early August.