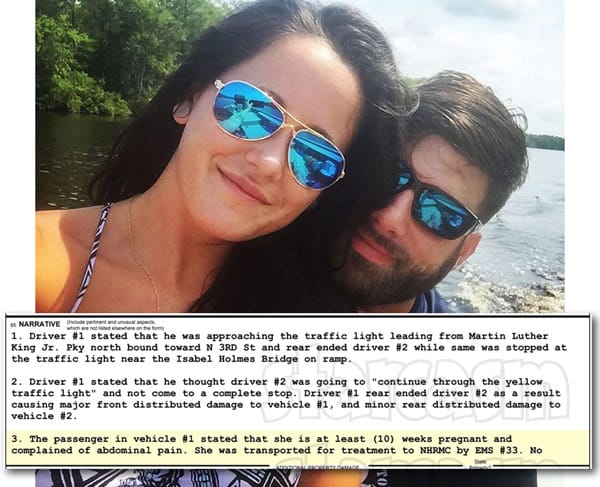 It appears that the rumors of Teen Mom 2 star Jenelle Evans being pregnant are true! Jenelle’s boyfriend David Eason was involved in an automobile accident on July 6, and the police report indicates that Jenelle was a passenger and that she “stated that she is at least ten weeks pregnant.”

According to the report, Jenelle also “complained of abdominal pain” and was “transported for treatment to NHRMC by EMS #33.” 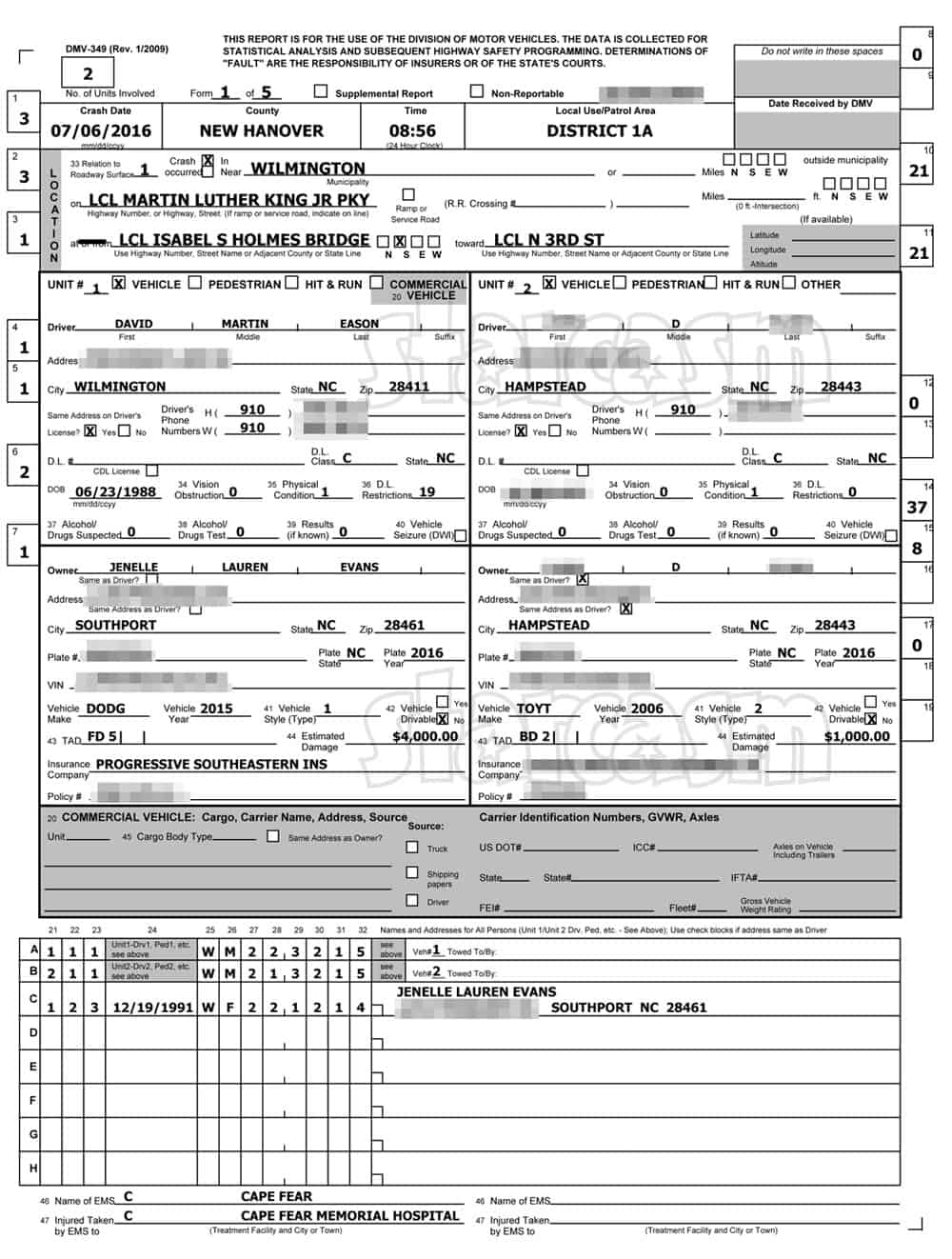 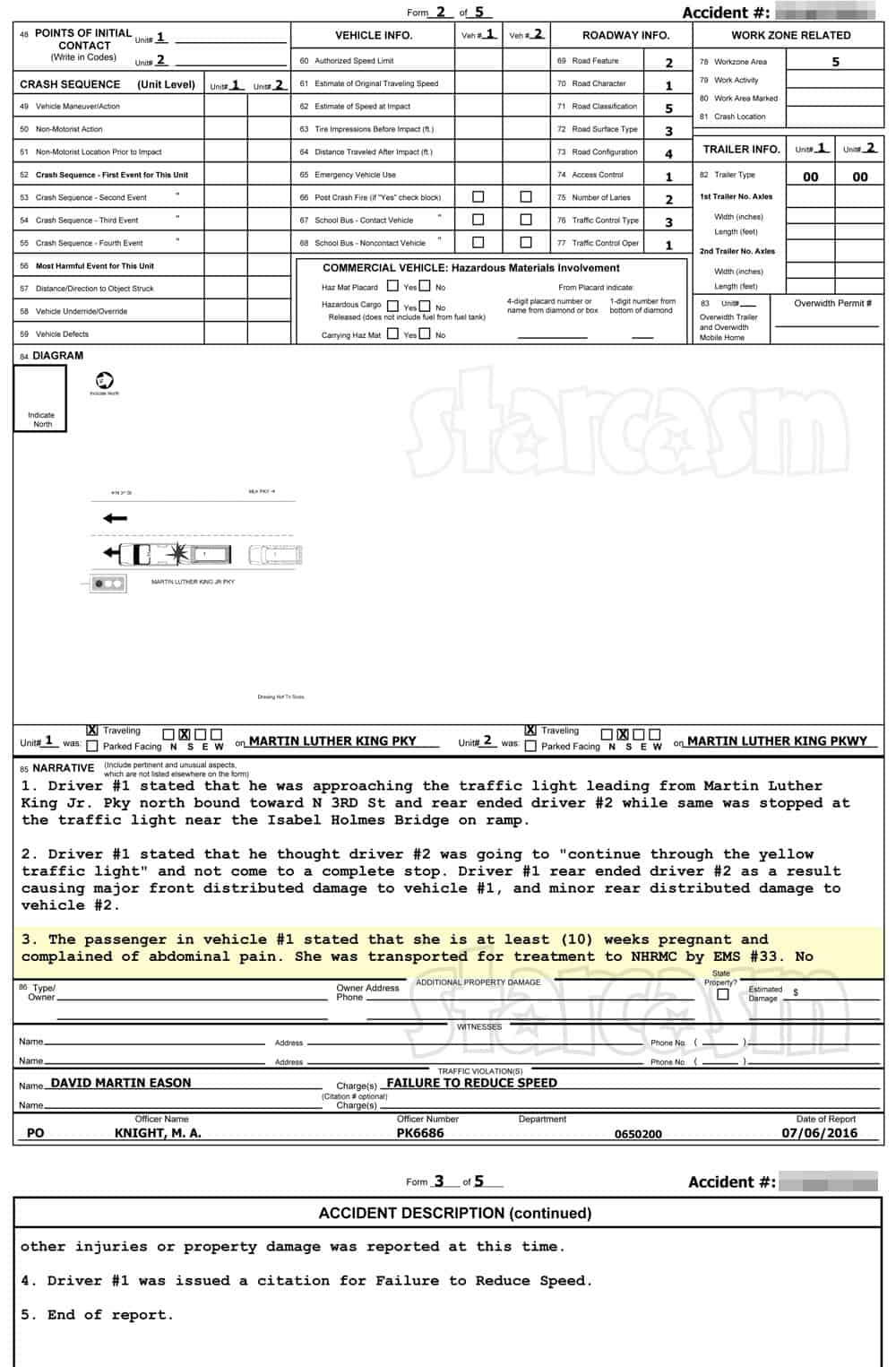 You will see that Jenelle is identified by the letter “C” and it states that she was the one taken from the scene by EMS.

A HUGE kudos to The Ashley’s Reality Roundup, who initially reported that Jenelle was pregnant WAAAAAAAY back in May, and she has stood by her initial report throughout Jenelle’s many, many denials.

Jenelle has yet to respond to the news breaking via the accident report.

Everyone cares about my life like it's theirs. #Annoying ?

UPDATE – Jenelle has shared a much longer, much more frustrated response in which she expresses her anger that no one seemed concerned about her health after the accident and that people seemed to be trilled for her co-star Chelsea Houska, who announced earlier this week that she is currently pregnant with fiance Cole DeBoer.

Jenelle & David Eason break up again on social media, MTV decides her fate, are they growing pot on The Land? All the latest Jenews!