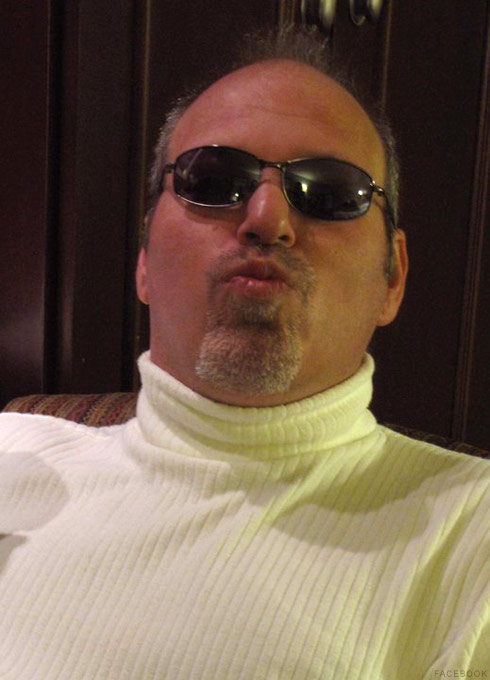 Teen Mom 2 star Jenelle Evans made headlines Tuesday night when news broke that she had been arrested earlier in the day for “harassing phone calls” and “communicating threats” to her former roommate Hannah Inman.

In a statement released by Jenelle’s attorney, Dustin Sullivan, he revealed to starcasm.net that the charges against Jenelle were “retaliatory” in nature and were in response to her filing charges against James Duffy, Jenelle’s former boss and the man Hannah Inman is currently living with. (More on that below) 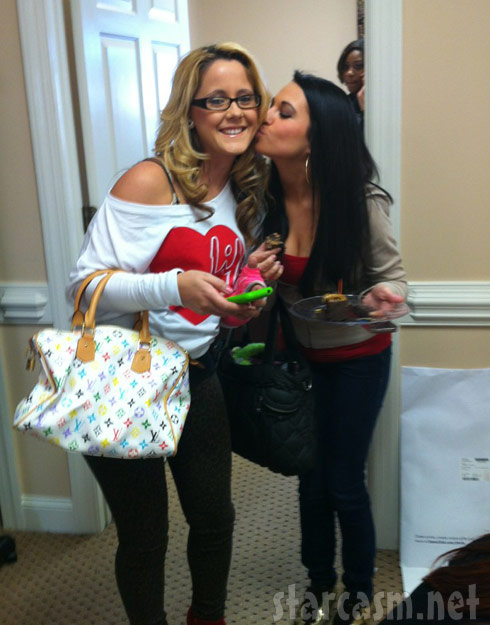 It appears that Brunswick County Police took Jenelle’s charges seriously as James Duffy was officially charged with cyberstalking yesterday. According to online records Duffy is being accused of breaking North Carolina statute § 14‑196.3, which states:

It is unlawful for a person to:

(1) Use in electronic mail or electronic communication any words or language threatening to inflict bodily harm to any person or to that person’s child, sibling, spouse, or dependent, or physical injury to the property of any person, or for the purpose of extorting money or other things of value from any person.

(2) Electronically mail or electronically communicate to another repeatedly, whether or not conversation ensues, for the purpose of abusing, annoying, threatening, terrifying, harassing, or embarrassing any person.

(4) Knowingly permit an electronic communication device under the person’s control to be used for any purpose prohibited by this section.

We contacted Jenelle’s attorney, Dustin Sullivan to get his comments on the charges and he tells us, “I cannot really give any information as to the charges by Jenelle against Mr. Duffy. What can I tell you is that Jenelle felt threatened to a point in which she felt she had to take out charges as a last resort. She requested he stop his behavior and when he continued to do so, Jenelle felt she had to for her safety.”

Duffy is scheduled for a court appearance on February 8.

Here is a timeline that should help clarify things for those who having been following along as this story unfolded.

Fall 2011 – Jenelle begins working for James Duffy at his house as a personal assistant. (Duffy makes and sells guitar necks on eBay.)

Fall 2011 – James Duffy begins inviting Jenelle and her friend Tori over for dinner.

Fall 2011 – One of the dinners gets a little out of hand as Jenelle and Tori consumed alcohol. Pictures and videos were taken that were later released online by James Duffy.

Fall 2011 – Jenelle says Duffy offered to “give everything in the world to me ONLY IF i had sex with him.” At that point Jenelle quit her job and never went back to his house.

Late November – Jenelle and her roommate Amber Lane have a falling out and Amber moves out. Jenelle asks Hannah Inman, who she met because Hannah was living with James Duffy, to move in with her.

December 27 – Jenelle and Hannah Inman have a very public falling out and Hannah moves back in with James Duffy.

December 27 – Jenelle explains her side of what happened between her and Hannah.

January 5 – James Duffy posts a video and photos of Jenelle and her friend Tori appearing to get drunk at his house.

January 11 – Hannah Inman told her side of the story to Teen Mom Talk, where she says that she is not dating Duffy (but says her relationship with Duffy is solely for him to help advance her music career. She also says isn’t trying to achieve “fame” by filing charges against Jenelle,) that Jenelle threatened her life, and Hannah claims Jenelle filed the charges against James Duffy after Hannah filed charges. Jenelle’s lawyer told starcasm.net Tuesday that Jenelle filed the charges first.

Leah Calvert and Jeremy Calvert are officially divorced — what was their custody agreement?