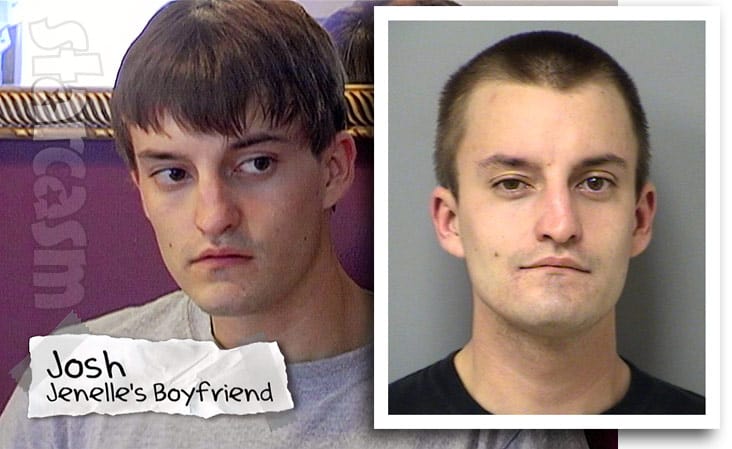 A former boyfriend of Teen Mom 2 star Jenelle Evans is currently wanted by police in North Carolina after he allegedly stole a car with a three-year-old girl inside. He later removed the child from her car seat and left her in the middle of the road.

August 4, 2016 – The Boiling Spring Lakes Police Department is currently looking for the following subject who is wanted in connection to a kidnapping and vehicle larceny that occurred at the Olde Brunswick Store located at the intersection of Fifty Lakes Drive and NC Highway 133 earlier today at 4:00pm.

Joshua Miller is wanted for First Degree Kidnapping and Larceny of a Motor Vehicle.

Anyone with information is asked to call 911 or contact the Boiling Spring Lakes Police Department at 910-363-0011.

Jenelle shared a local news station’s story about the kidnapping on Facebook, and, although she made no mention of Josh being her ex, she did say that the car and the child belonged to a friend of hers:

Everyone !!! Help out my friend find this guy!!!! ????? stole my friends car with her 3 year old inside and then dropped her daughter off in the middle of the road!!!! He’s wanted in Florida for charges as well. He was last seen in the Brunswick County area.

Jenelle did not name her friend. However, if you recall, she called Josh out while they were dating for letting an ex sleep over at his house. (This must have either before or after she moved in with him, as featured on the show in Season 3.) 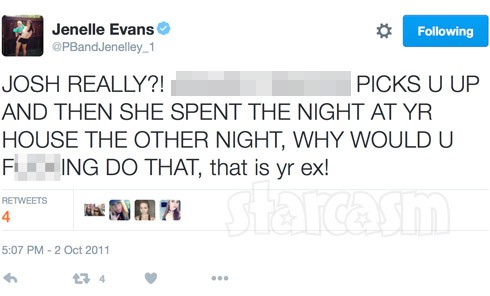 Soon after that tweet, Jenelle took to Facebook to correct a media report stating she and Josh were in an on/off relationship. She also revealed she had finally seen Josh’s dark side:

Its not “on/off again relationship” with josh. we are done for good. he is one hell of a compulsive liar and psychotic, like mentally unstable. he lied about having a job, lied about having money, lied about everyyyyyything i thought he would ever be. lets just say i caught him in literally 10 different lies yesterday. i wrote them all down on a piece of paper to count them up.. not to mention when i told him to leave amber’s last night he STOLE my iphone charger.

Here is screen cap of Josh from Teen Mom 2: 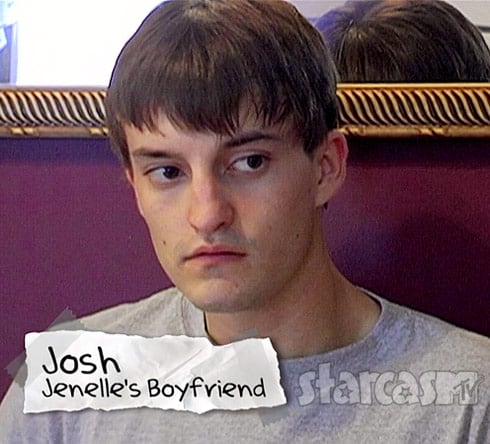 According to online records, Josh has had previous arrests in Florida for grand theft auto and assault with a deadly weapon. Please, if you have ANY information about his whereabouts, contact the Boiling Spring Lakes Police Department at 910-363-0011. You can also call 911.

UPDATE – The woman whose car and daughter were taken has since shared some details about what happened. (Her name is Brittany Maggard, and she has quite the history with Jenelle!)

UPDATE AUGUST 18 2016 – Josh was reportedly involved in a head-on collision in Georgia while on the run from police, but somehow managed to escape. A car believed to have been stolen by Josh was later found near his hometown in North Carolina.

PHOTOS Does Jenelle Evans have a new boyfriend? Goes on double date with a new man!