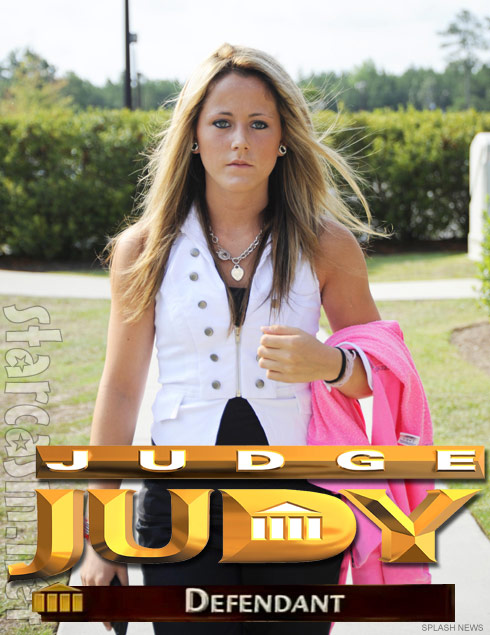 Jenelle Evans can add yet another entry on her long list of recent problems. The Teen Mom 2 star is reportedly being sued in small claims court after she failed to pay her former Facebook administrator, Sarah ReAnn, for the work she did for Jenelle on the blogging site Sulia. While considering her legal options, Sarah contacted the producers of Judge Judy and she says they are willing to take the case! Sarah says MTV has given its approval and now it’s just up to Jenelle!

“Just called MTV they said all I have to do is serve Jenelle the papers and she goes to court. Her contract doesn’t deny court cases,” Sarah revealed on Twitter, later adding, “Judge Judy’s producer has contacted me. We’ve been emailing back and forth for days. It might really happen.” 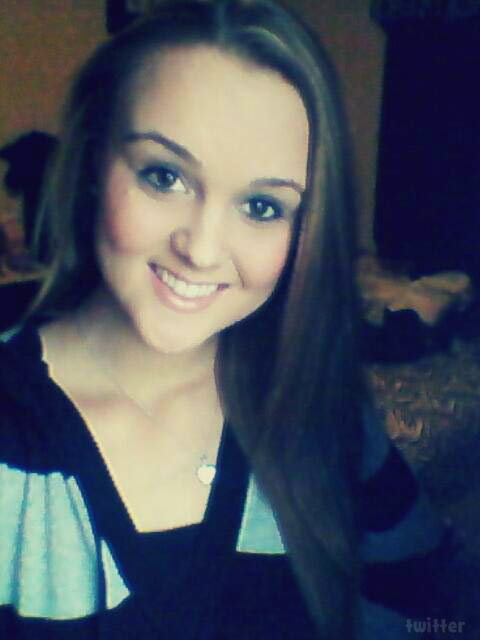 Sarah (photo right) even reassured fans that MTV isn’t going to have an issue with Jenelle appearing on another network. “MTV will allow [Jenelle] to go on Judge Judy,” Sarah claims. “I just spoke with them.”

As far as the issue between Jenelle and Sarah, it all started over a month ago when Jenelle enlisted Sarah’s help to essentially take on her weekly requirements with Sulia, which pays its users by the view. In her deal with the “social interest” site, Jenelle must post a minimum number of updates every week, or else she would not be paid. However, things went south between the two when Sarah began copying and pasting other people’s work onto Jenelle’s account without giving credit — aka plagiarizing.

Jenelle was confronted about the issue by the writer of the original articles on the website Gather.com, after which she fired Sarah all together and began doing the posts herself. Jenelle was apparently paid for work done by Sarah, but Sarah never saw a dime of it. The matter isn’t exactly black and white given the plagiarism issue, but it would seem that Sarah would be entitled to her share of the revenue for the work that she did. (Of course, I’m not Judge Judy!)

We spoke with Sarah and she tells us that she feels Jenelle owes her more than $700, which shouldn’t scare Jenelle if she agrees to appear on the show. “The Judge Judy show pays for all air fare and the money I’ll receive,” Sarah says. “Jenelle doesn’t even have to pay out of pocket if she does it this way.” (A free trip to Hollywood with no real financial risk, even if she loses? I can’t see how Jenelle could pass that up!) 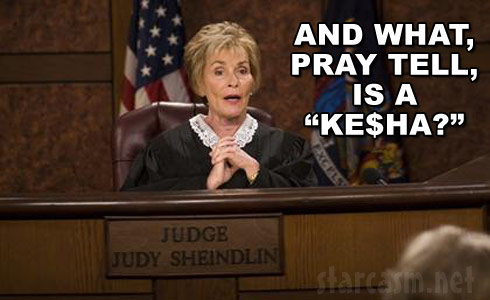 We also asked Sarah about the plagiarism issue and she tells us, “The last 10 were the only ones plagiarized.” And according to Sarah, it wasn’t even her idea to plagiarize other articles in the first place! “Jenelle told me to copy and paste and I listened of course.”

So how many “articles” did she write before those last ten? “I wrote 50 posts or more a week from November 31st till December 27th so, I don’t know, do the math.”

So what was the alleged deal with Jenelle? Sarah says she was to be paid on a weekly basis. “[Jenelle] promised me $300 at first, then went down to $200.”

Sarah says Jenelle is blaming Courtland for being unable to pay, and she says Courtland will also be named as a defendant in the case. That means we have the potential to see a Jenelle and Courtland reunion — as codefendants — on Judge Judy?!? Forget OJ and Casey Anthony, THIS would be the trial of the milleniums! Especially is Babs Evans is a witness in the case! Can you imagine Judge Judy and Babs Evans going at it?!? No, you can’t!

We reached out to Jenelle for comment, but haven’t heard back.

UPDATE – Jenelle just tweeted, “I am NOT going to be on Judge Judy, lmfao.” (A collective “Awwwwwwwwww…” can be heard ’round the world.)

UPDATE – Buzz60 picked up the story and did a great video report! Check it out: