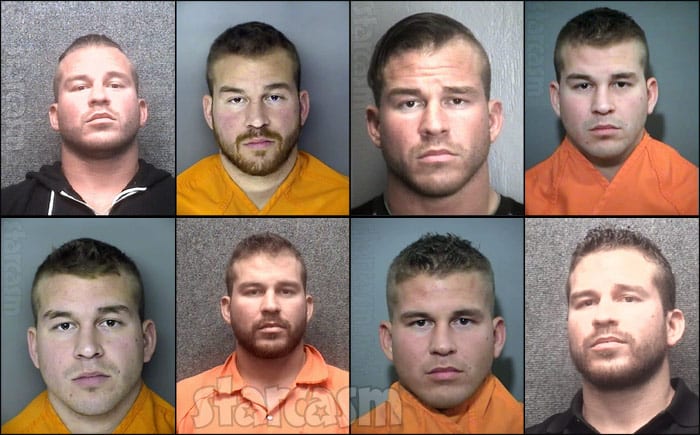 The Jenelle Jinx strikes again! 2018 has been a worse year than usual for men who have dated the Teen Mom 2 star. Nathan Griffith joins the list of hard luck Jenelle fellas that includes Kieffer Delp (arrested in January for operating a meth lab), David Eason (fired from Teen Mom 2 after his anti-LGBTQ Twitter rant), and Courtland Rogers (arrested last week for drug possession).

Nathan found himself back in front of the carpeted wall at the Myrtle Beach jail for yet another addition to his mug shot collection after he was arrested Sunday for “striking fixtures on the side of the highway” and failing to report it. We don’t know the full story of what kind of fixture was struck, why Nathan didn’t report it, or how he was caught. Online records do not indicate a charge of driving on a suspended license, so I am guessing Nathan has regained his driver’s license after his multiple DUIs. We will try to monitor his case to see if that charge is added. 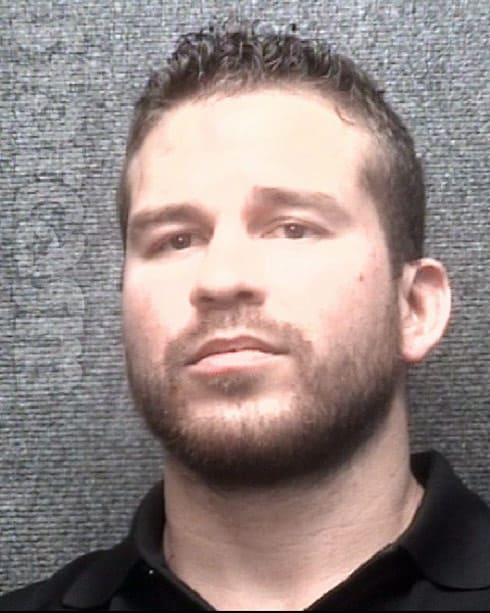 For those of you keeping count at home, this only leaves Andrew Lewis (Jace’s father) and Gary Head left on the Jenelle Jinx hit list. (I didn’t include Josh Miller, who looks to be out of prison after his grand theft auto kidnapping spree in 2016.)

I have no idea how to check up on Andrew, but I did hop on Gary Head’s Twitter feed. Gary seems to really have his sh*t together, so I am hopeful he will be able to dodge the curse. Someone tagged Gary in response to a tweet about Courtland’s arrest and wrote “I think [Gary] is the only one who’s stayed out of trouble.” Gary responded by tweeting: “I try to mind my own and go to work everyday. Occasionally I’ll go out and party but I’m smart with it. I’ve made too many mistakes when I was younger to let the same things happen at 29.”

Meanwhile, Gary was quick to offer very little sympathy to Courtland, who was tweeting not-so-nice things about Gary as recently as last week. Here are some of Gary’s Twitter interactions about his Evanskimo brother:

TWEETER [with a mug shot photo of Courtland]: and he was talking all that smack to you

GARY: He’s just doing what he has to do to put those rims on his wife’s car. ?

TWEETER: Whenever he starts bragging about being clean and sober, he gets arrested for drugs. This is at least the third time it has happened.

GARY: Ikr. He was just telling me like 2 days ago he’s been sober for …… 2 years. Showing me picture of him standing beside a youkon talking about “ this is what 2 years of being sober looks like. But then 2 tweets later he said “ I don’t own a vehicle but I just put these rims on my wife’s vehicle” ??‍♂️ like really dude. ? all them brain cells are ?

TWEETER: bwahaha thats what he gets for running his big ass thirsty for attn mouth!!

GARY: Funny how karma works. I wish him nothing but the best, but don’t lie about how good you’re doing and then go get caught doing stupid stuff.

On a side note, I’m beginning to think that perhaps the “Jenelle Evans Ex Files” wasn’t just an MTV special, but is an actual law enforcement database created through the collaborative effort of multiple police departments around the country.