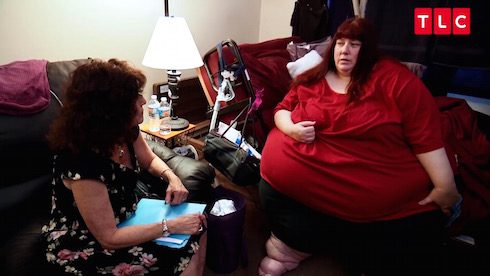 The My 600 Lb Life Erica episode presented one of the most harrowing stories in the show’s history. Fortunately for viewers looking for an update, it seems that Erica’s life has been turning toward a happy ending.

44-year-old Erica Wall had an affinity for fried food when she was younger, and weighed 300 pounds by the time she was 16. Her steady weight gain made Erica the target of ridicule and verbal abuse — and not only from her peers at school. “[Classmates] would say things and call me names,” Erica explained, “but nothing would hurt as much as when my father would tease me. He would say some really hurtful things. He always said, ‘What happened to my beautiful little girl? She went to sleep one night, and she woke up Godzilla.'”

Her weight gain was such a problem that Erica resorted to the now largely discredited surgery of stomach stapling — only to be gang raped not long after undergoing the procedure. Erica turned to food to help her cope with the emotional trauma, and had blown out her staples within five years. (The stomach stapling would also cause complications during Erica’s gastric bypass surgery, as Dr. Nowzaradan was forced to remove several “rogue staples” loose in her body before he could proceed.)

By the time TLC’s cameras caught up with her, Erica weighed 661 pounds. Her doctors advised her against flying from her California home to Dr. Nowzaradan’s Houston office — but, just like several of the show’s participants before her, Erica realized that the flight to Houston quite literally represented a life-or-death decision.

“I’m doing this so that I have a chance to live….How did I get to this point, where I’m like a sideshow to people? And they have to cart me past everyone? They’ve already made me buy a whole aisle of three seats because of my size….But this is my only chance. And I have no other options.”

Since the My 600 Lb Life Erica episode aired last year, it seems that Erica is doing — and feeling — a lot better. For starters, here’s the most recent photo Erica has made public, which was taken during a particularly happy moment at a miniature horse farm late last year. Though Erica’s contract forbids her from revealing her current weight, it certainly looks like she’s lost more than the 190 pounds we saw her drop by the end of her episode: 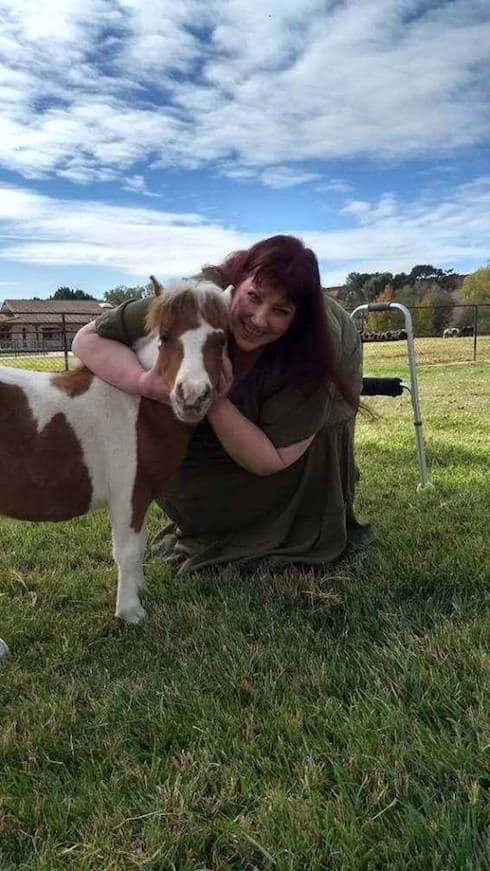 As far as her mood and general well-being, Erica’s interactions with her many fans (and with fellow My 600 Lb Life participants) reveal a woman with a whole new life before her. In response to a comment about the horse farm outing above, Erica said “It feels really wonderful to be able to do so much more now. It really does make you appreciate it all in a whole new and exciting way.”

Erica has also said her newfound mobility allows her to think about getting out and doing more than she has in years. “I have LOTS AND LOTS of goals!” she told one friend. First on the list: swimming with dolphins! I CAN NOT WAIT FOR THAT DAY!!!:-)”

In sum, then, Erica is starting to feel like a whole new person. “It’s been a while,” she told another friend, “but yes I am smiling a lot more and enjoying life a lot more now.”

You can revisit the My 600 Lb Life Erica episode by streaming it here, via TLC.