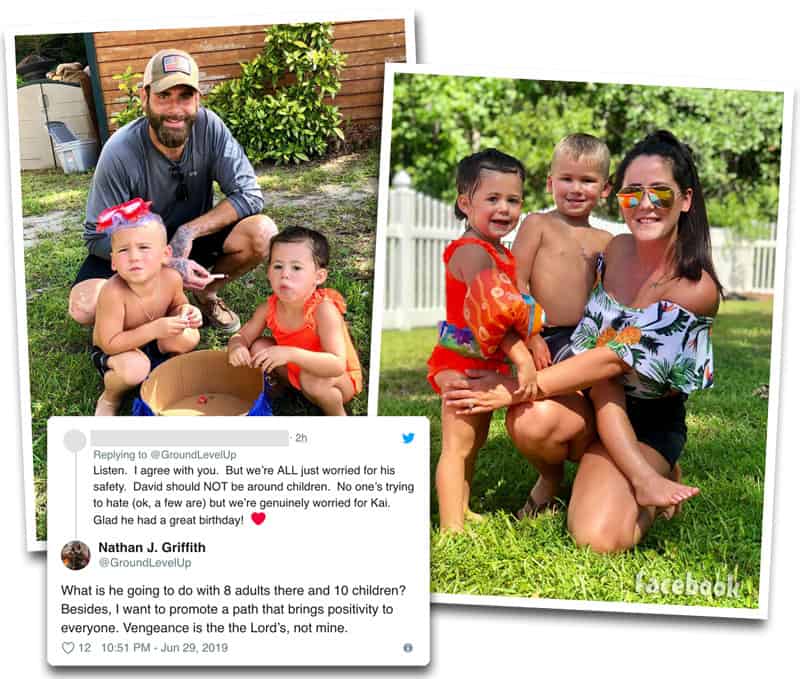 Saturday was the fifth birthday of former Teen Mom 2 stars Jenelle Eason and Nathan Griffith’s son Kaiser. In honor of little K’s big day, Jenelle and husband David Eason were allowed to come to the party and be with Kaiser and Ensley outside of a supervised visitation center for the first time since CPS removed them from the parents’ care last month.

Obviously, Barbara Evans (who has custody of Ensley) and Nathan Griffith (who has custody of Kaiser) must have made some concessions to allow Jenelle and David to be at the party. Nathan hinted as much with a tweet from Saturday. “My children will always come first regardless of my own personal feelings,” Nathan wrote. “I will always want the best for my children. Happy Birthday Kaiser and I’m so glad you could spend it with FAMILY and friends! #WWJD #TeamGriffith #Lovemore #hateless

UPDATE – Nathan has since revealed that it was his girlfriend Ashley Lanhardt’s idea, and that lawyers for both sides agreed on it ahead of time. “Actually… Ash and I were talking about Kaiser’s birthday and Ashley suggest that it would be nice to invite them,” he said. “I brought up the proposition to my lawyer and he said ‘YES!’ At the end of court the lawyers got together and agree[d] to the idea.”

Nathan then responded to a couple of tweets expressing concern over David being present:

TWEET: Happy birthday Kaiser! Unfortunate David was there but glad it was likely under court supervision. Most importantly I’m so happy he’s safe with you and ALL his siblings got to be there.

TWEET: Listen. I agree with you. But we’re ALL just worried for his safety. David should NOT be around children. No one’s trying to hate (ok, a few are) but we’re genuinely worried for Kai. Glad he had a great birthday! ❤️

NATHAN: What is he going to do with 8 adults there and 10 children? Besides, I want to promote a path that brings positivity to everyone. Vengeance is the the Lord’s, not mine.

Nathan’s initial tweet was accompanied by an animated gif loop of Kaiser dancing while holding a number 5 balloon:

My children will always come first regardless of my own personal feelings. I will always want the best for my children. Happy Birthday Kaiser and I’m so glad you could spend it with FAMILY and friends! #WWJD #TeamGriffith #Lovemore #hateless pic.twitter.com/dCPkoT3Wus

Barbara also posted about Kaiser’s birthday, including a photo of David and Nathan together! Not screaming at each other or anything! 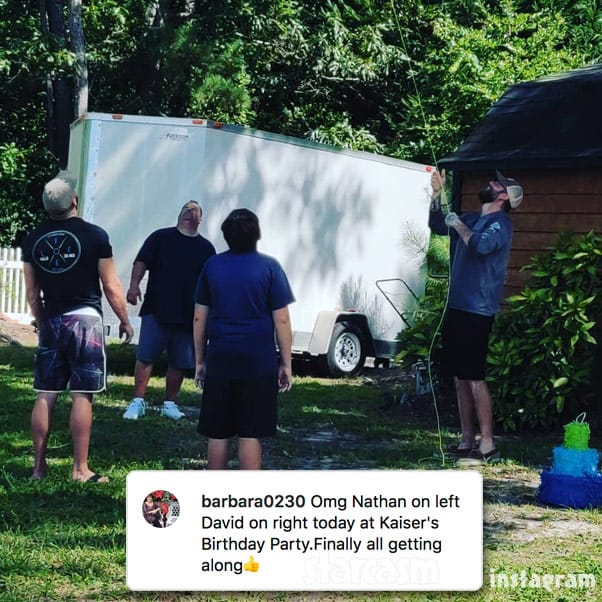 In the photo, you can see Nathan from behind as David appears to be pulling on a string, reeling in a helium balloon to stab. Only kidding — I’m pretty sure he is just stringing up a pinata.

“Omg Nathan on left David on right today at Kaiser’s Birthday Party,” Barbara captioned the historic image. “Finally all getting along?.”

David and Nathan have been anything but cordial over the past few weeks — or past few years for that matter. This week alone, David was his usual angry self as he shared a threat on Snapchat, seemingly in retaliation for Nathan testifying against him and Jenelle in court? “Since Nathan wants to tell all the court details but only from his narcissistic point of view, I guess I will spill the beans on his horrific past with his family…on top of other things…” David wrote.

It’s unclear what David is referring to, but he posted all sort of allegations about Nathan (David referred to him as “Gaythan”) back in January, including the claim that Nathan raped a 10-year-old boy when he was 16.

But that’s all water under The Land, right? Well, at least for Kaiser’s birthday it was.

Jenelle also posted some photos from the party, including the ones at the top of this post. “Can’t believe you are 5 already!” Jenelle captioned the gallery. “You might be getting older but you’re still my baby. ??? #MommasBoy #HappyBirthday”

Here are the rest of the photos posted by Jenelle: 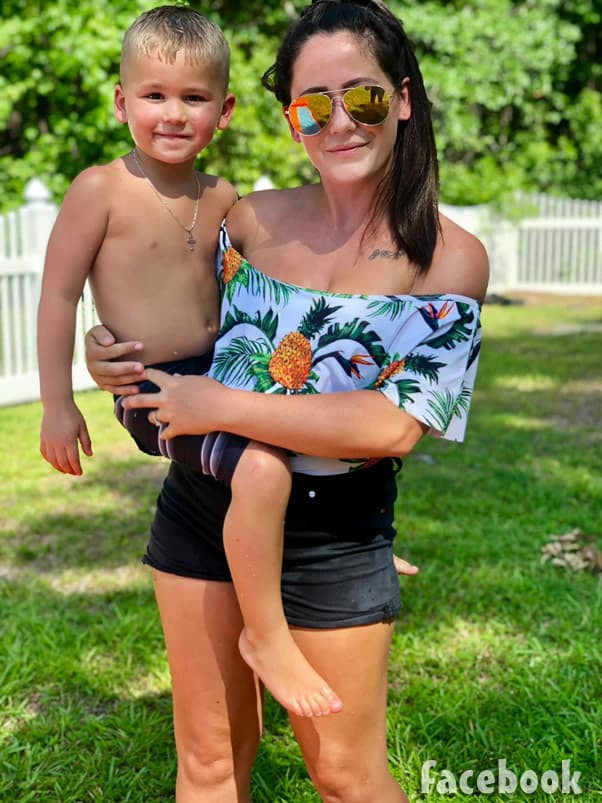 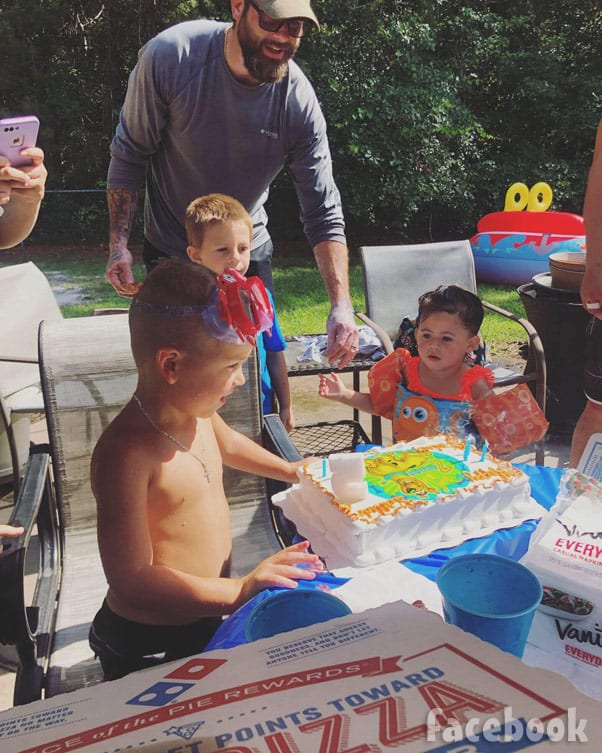 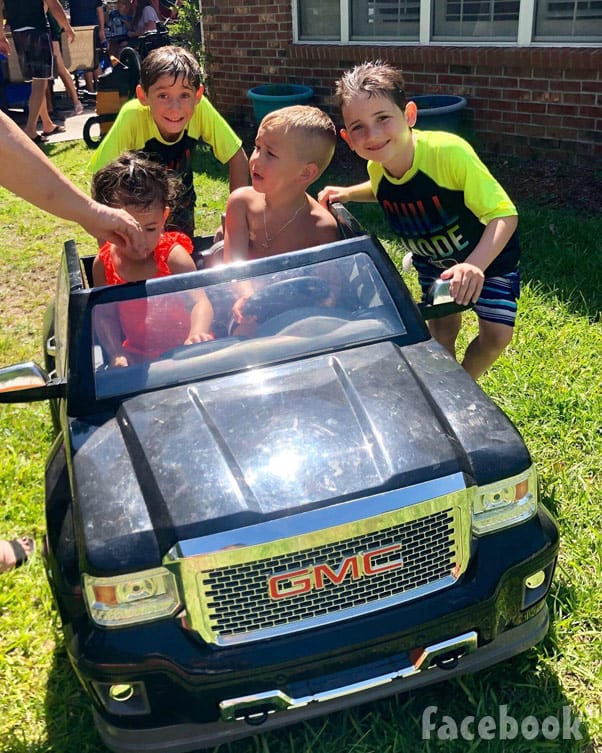 And one last photo from Nathan’s girlfriend Ashley on Instagram: 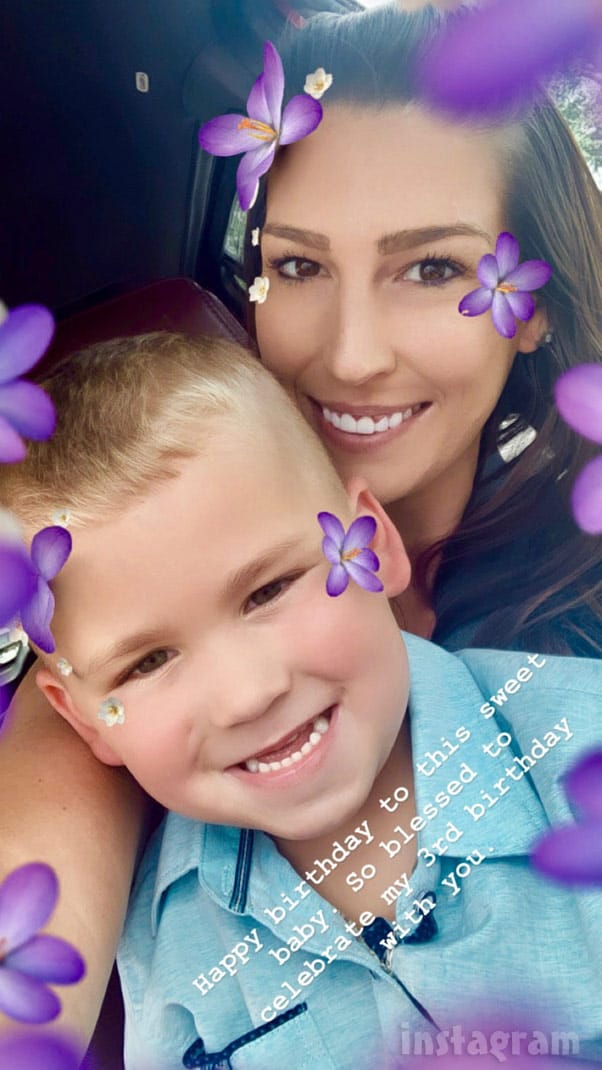 Regardless of your take on Nathan allowing David to be present at the party, I think pretty much everyone can agree that Kaiser looks genuinely happy in most of the photos. (I’m guessing in the photo of the mini GMC, Kaiser is being informed that it is someone else’s turn to drive.) That really is wonderful to see, and a day filled with joy had to be the best present ever.

UPDATE – A couple tweets from Ashley:

Y’all are out of control . At least somebody sees the bigger picture. https://t.co/UuinRSZYBp

It’s sad to see people’s hatred for someone is clouding their judgement for a child’s happiness .

PHOTOS Chelsea Houska and Cole DeBoer are married! See their first picture as husband and wife