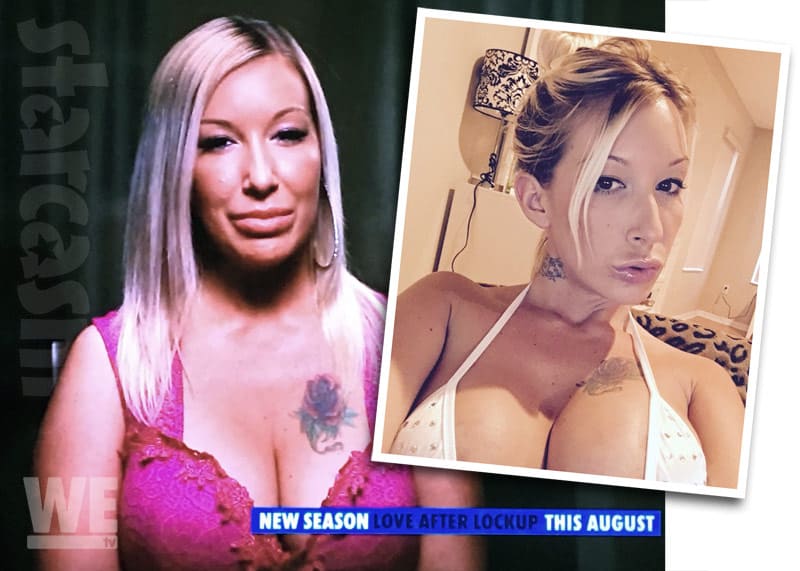 During Friday night’s episode of Life After Lockup, WE tv released the first extended preview trailer for Love After Lockup Season 3. We got to see some of the new cast members for the first time, and one of the cast members featured prominently in the clip is adult film star and cam girl Kaci Kash!

Kaci has been a rumored new cast member for a while, thanks in part to being followed by LAL Season 1 star Garrett Tanner on Instagram — oh, and changing her name to @lacey.loveafterlockup. (That was a bit of a clue.)

UPDATE – During the course of writing this post, she has changed back to @italian_queen757. I’m not sure if it was just a personal decision, or if WE tv might have requested the change?

Despite the Instagram name with the show title and Kaci (now Lacey?) clearly claiming to have been cast on the new season, I didn’t want to do any sort of post until it was confirmed. Well, it is DEFINITELY confirmed now!

Here are a couple more photos of Lacey/Kaci: 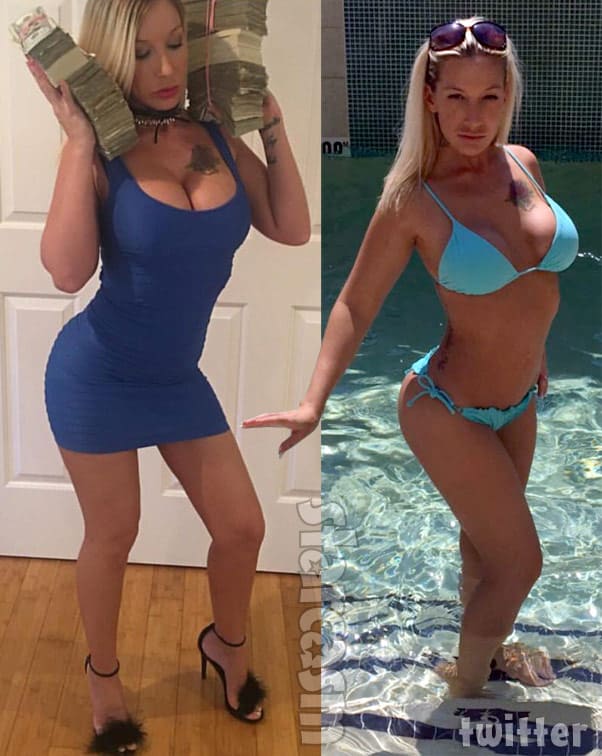 Lacey (I’m going to go with that name since that is how she is branding herself now, which makes me think that “Lacey” will be the name featured on the show) will apparently be dating a male convict, which is important to note given that she is very clearly open to having sex with men and women. (Plus toys, and apparently large robotic pleasure machines).

Unfortunately, I wasn’t able to find anything out about Lacey’s prison boyfriend. But we did get a clear shot of him kissing Lacey in the preview. WE tv has not made the preview trailer available online yet, so I have to resort to a low quality photo of my TV screen: 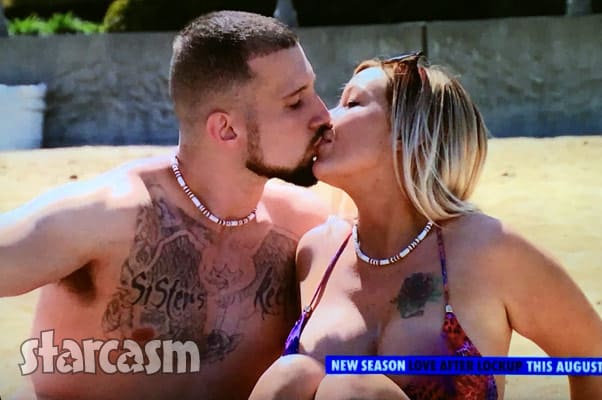 If anybody recognizes this mystery man — the remarkable chest tattoo should make it easy — then drop us a line using the contact info at the bottom of this post! Our inbox is also open if you recognize any of the other Season 3 cast members!

Getting personal background info on Lacey was a little difficult, given that most of the information about her online is under the Kaci Kash alias. That being said, I’ve managed to compile a bit of a dossier.

According to her multiple online profiles, Lacey is currently 29 years old and will turn 30 in August. She appears to be from the Virginia Beach area, although she’s also mentioned several times that she hopes to move to Miami at some point.

Lacey says she is a single mom with four children. I could not confirm that — but there are X-rated photos and videos of Lacey (as Kaci Kash) looking very pregnant, though, so that’s at least one!

Here are Lacey’s physical specs, which are kind of hard to fudge given that she is so often nude in her videos and photos:

If you’re curious how I was able to find out specific details about Lacey’s numerous implants, that’s because she has been VERY open about them online. She was a patient of Snapchat surgeon Dr. Miami in early June of 2016, and she was even mentioned in an E! News article about him soon after:

“I got really lucky, there was a cancellation,” adult entertainment performer Kaci Kash, 26, told E! News a week after undergoing a BBL, the results of which she was happy to show off on Snapchat—which is what drew her to Dr. Miami’s office in the first place.

“How much fun he made surgery [look], how enthused and happy he is on Snapchat. He’s just a happy person in general… and then his results are what made me want to go and see him,” she said. And she praised not just the doc but his whole staff too, calling the office “very professional.”

However, it seems that Kaci was a little disappointed in the long-term results of her BBL. “Ive had a FAILED BBL by Dr. Miami and the fat literally melted away,” she revealed, in an online butt implant forum, while explaining why she wanted to get new implants despite having recently had a BBL.

Kaci went into great detail about her multiple butt implant procedures in the same forum. She explained that she initially got 450cc implants in 2012, but she later suffered rotating after a bad fall. When the rotation issue continued, she decided in December 2017 to go in for another procedure and bump the implants up to 600cc. (Kaci was almost turned away from her second butt implant procedure because she failed to mention to her surgeon that she had a lip and tuck procedure done on her mouth days before so that she could “multitask on recovery.”)

Lacey says her second procedure went incredibly well, and she is very happy with her newest booty.

I am a little suspicious of why a very popular cam girl is dating a convict, but perhaps her story is like Mary’s from Season 1 in that she started dating someone and then they got arrested? I suppose we will all have to tune in and see!

Love After Lockup Season 3 premieres this August on WE tv!