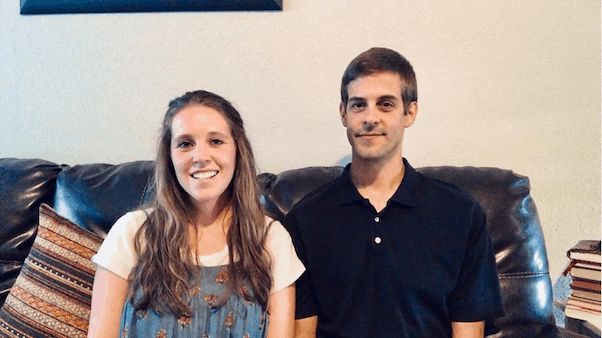 It’s a rare win for Jill and Derick Dillard — and an impressive one, considering it came at the expense of Jill’s all-controlling father, Jim Bob Duggar. According to Jill and Derick, they managed to wrangle some of Jill’s back pay from her reality TV days out of Jim Bob’s hands after hiring a lawyer to lead their fight. And if that weren’t enough, they also answered long-standing questions about how exactly they make their money, and what Derick does for a living.

The pair slipped their legal victory — first reported by The Ashley — into a broader discussion of their personal finances in the latest episode of their ongoing YouTube Q&A series. Devotées of this particular Jill and Derick Dillard saga are well aware of how little love there is between Jim Bob and Derick, who at least once has threatened to write a tell-all exposing some Duggar family secrets harmful to the patriarch.

Derick has also long claimed that Jim Bob controls all the sweet TLC money the Duggar family sees from Counting On, and that he’s done so since their 19 Kids and Counting heyday. And when it comes to family matters, Jim Bob is about as forthcoming as a dead turtle. So this was kind of a big reveal!

You can watch the latest Jill and Derick Dillard Q&A in full below. The money stuff starts in earnest at about the 7:30 mark, and we’ve got you covered with a transcript following the embed.

It’s actually Jill who has the lead-in to the legal wrangling. She reiterates that neither she nor Derick were “paid for anything” they did while filming as part of the Duggar TV empire. Though Jim Bob usually covered travel costs, he didn’t share any of the profits from the show with Jill. (Though Jill doesn’t get into this, it seems maybe safe to assume that Jim Bob treats the rest of his children the same way.)

So, also, up until around the time we left the show, we hadn’t been paid for anything. Of course, there were perks that came along with filming. You know, if you were traveling, or whatever, they [presumably Jim Bob] might cover those expenses. And we were grateful for that. But we hadn’t been paid until we were, like, really pressing about it. We ended up getting an attorney involved, and stuff.

After that buildup, Derick swoops in for the kill:

What’s potentially all the more impressive is that the two never say they had to go to court or even file a lawsuit. Derick’s exact language is “we got an attorney involved.” That could mean nothing more than they hired a lawyer and that lawyer wrote a letter to Jim Bob suggesting he settle up before things got more official. Which would in turn mean publicity and public filings and all kinds of things that Jim Bob is anxious not to have happen ever again.

Also, while Jill and Derick Dillard both stress that they weren’t able to recover “much more” than minimum wage for all of Jill’s time on the shows, I wonder if that might be a pretty big payout, given the amount of time she spent filming. Exactly how far back did the payout reach? All the way to the premiere of 17 Kids and Counting in 2008? That show was on so long it had to change names twice. It ran for 229 episodes, and Jill was on Counting On for forty-odd more. That’s…thousands upon thousands of hours on camera.

I’m not going to try to guess how they agreed on an amount. But I will say that Arkansas’ minimum wage is $9.25 per hour. A few hours’ filming per week almost every week for a decade could add up in a hurry. Even a high five-figure or low six-figure check from Jim Bob is too small to make up for the emotional and physical trauma Jill has suffered, but it would indeed be at least something.