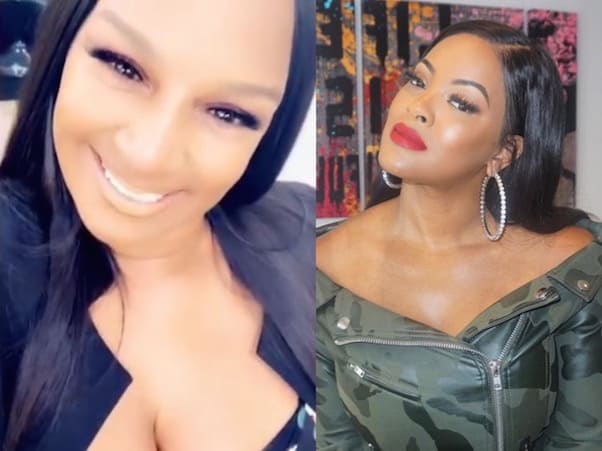 It looks like we were right about a nasty feud between Basketball Wives Season 8 cast members! There’s new tea on the skating rink fight that landed Jackie Christie in the hospital last month — allegedly, it was between Jackie Christie and Malaysia Pargo, and things got ugly when Jackie may have had a few things to say about Malaysia’s parenting and lifestyle decisions.

In case you missed the confusion as it unfolded, here’s what went down. Last month, the Basketball Wives Season 8 cast spent an evening filming their 90s sitcom-themed skate party. Everybody showed up in costume, and it looked like good times. But well before the evening was over, Jackie took to Instagram to ask her followers if they would still watch the show after she’d quit it. She also struck a highly passive-aggressive tone. Here’s exactly what she had to say:

I got into it at the skating rink…A lot of people want me gone — are you gonna continue to watch the show if I’m not here? If you do, have fun! I’ll see you again.

Naturally, everybody thought she’d quit the show — and the initial gossip was that she’d gotten beaten up by a fellow cast member. But Jackie was strangely silent about the whole thing on social media, as was the rest of the cast.

Since we now have a premiere date for Basketball Wives Season 8, though, more gossip is leaking out. According to a new report from The Jasmine Brand, Jackie did indeed threaten to quit the show following a “physical altercation.” But while the fight involved Jackie Christie and Malaysia Pargo, it seems it was actually between Jackie and an undisclosed member of Malaysia’s family.

Per TJB, Jackie “allegedly…made some commments about Malaysia’s parenting,” as well as “some negative remarks questioning Malaysia’s lifestyle.” That was too much for “one of Malaysia’s close relatives,” who “confronted Jackie about it…and [a] physical altercation ensued.”

There’s also a follow-up report from MTO, which makes some additional and rather sensational claims. Their article has it on good authority that Jackie was “brutally beaten” in the fight, ultimately needing to be checked out at a nearby hospital for a possible concussion before being discharged with only “a couple of scratches and bruises.” The article also says it was one of Malaysia’s “ghetto” cousins who did the deed.

We’ll definitely find out the show’s version of the truth at some point this season. Basketball Wives returns with Season 8 on Wednesday, June 19th at 8 PM on VH1.