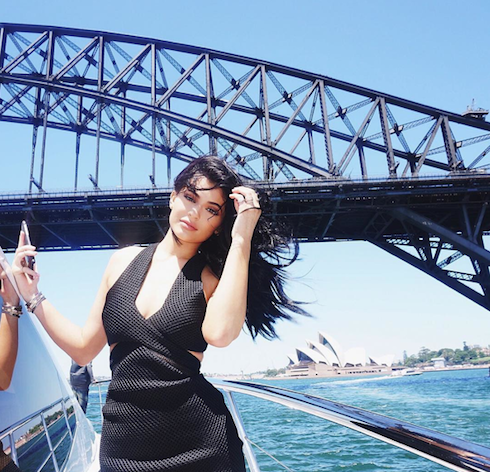 Is there a Kylie Jenner and Tyga marriage on the horizon? That looks like the case, according to multiple reports, which cite sources close to the pair who say more than one discussion of the topic has made them “get serious” over the past few months. It sounds like the one thing holding the couple back is Kylie’s age…but Tyga claims he’s in this thing for the long haul, and isn’t afraid to wait so Kylie can be sure that he’s the one.

“Tyga wants to marry Kylie eventually,” a source told E! News in a report later corroborated by the Mirror. “They discussed [doing] it later down the line once Kylie gets a bit older. They are in a very happy place.”

The pair, who were rumored to be starting a family just three months ago, debunked another pregnancy rumor while on a publicity tour in Australia. Which, according to the reports, is not to say that they don’t want a family in the future–but that a Kylie Jenner and Tyga marriage will definitely come before any children. 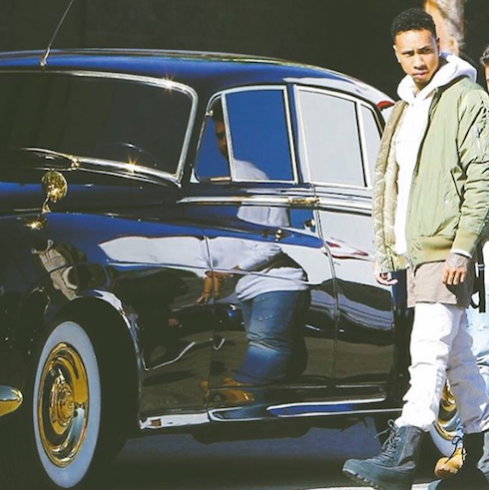 When asked to elaborate on current state of the couple’s relationship, the source continued: “[Tyga] thinks she is the most beautiful lady in the world and always tells her that. Tyga spends lots of time at Kylie’s new home….Their favorite thing to do with each other is just laugh, watch a movie, cook some food and just chill out. They are both very low key people in their environment. Tyga is super close with Kylie’s family and loves hanging with them.”

That perception does clash with current reports about Tyga’s rocky relationship with the rest of the Jenner-Kardashian clan. Allegedly, Kylie has been fighting for weeks over whether or not Tyga will be included in the family Christmas card–she insists on it, and threatens a boycott if she doesn’t get her way, but Kim Kardashian says Tyga has only been her official boyfriend for three-and-a-half months, which is far too little time.

Neither Kylie nor Tyga have yet to comment publicly on any nuptual-based news.