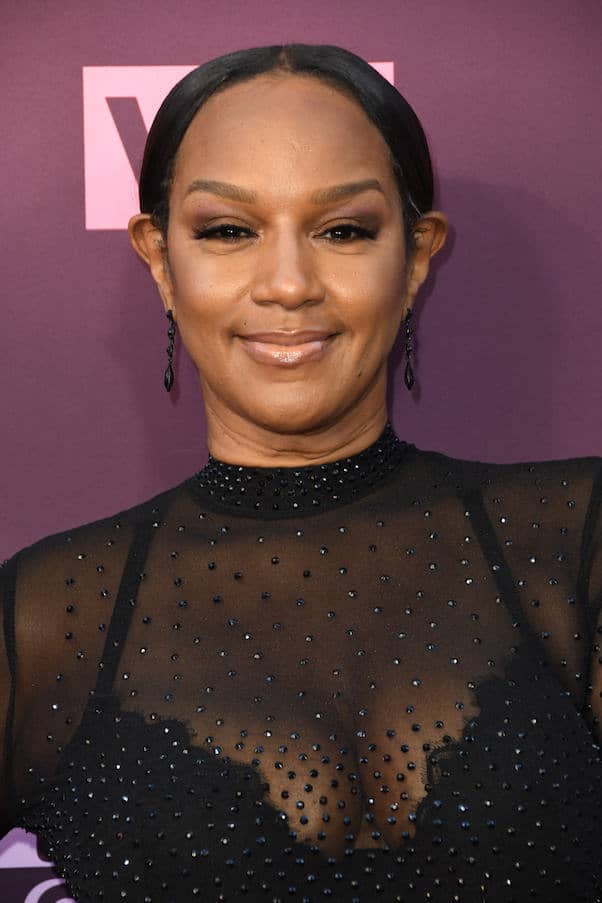 The Basketball Wives Season 8 cast will be back in action when new episodes drop next month. But one member who may be holding something back is Jackie Christie, whose quiet feud with at least one other cast member threatens to break out into the open. It looked like Jackie had quit the show last month following a mystery brawl during filming; now, there’s another mystery involving Jackie, after she didn’t show up to a semi-charity event put on by Jennifer Williams last night.

In case you missed the drama last month, here’s a quick refresher. Jackie sparked a ton of speculation after she shared a quick video from inside her car after a Basketball Wives event at a roller rink. In the video, Jackie said that she “got into it at the skating rink,” immediately following that up by saying “A lot of people want me gone — are you gonna continue to watch the show if I’m not here?” (You can see the clip here.)

The implication seemed to be that Jackie had gotten into some kind of a fight, either verbal or physical, with another member of the Basketball Wives Season 8 cast. But Jackie didn’t name names, and no one else from the cast has said anything in the weeks since — highly unusual for a show that’s still in the middle of filming.

The new wrinkle in this story comes from Jackie’s absence at Jennifer Williams’ Classy Girl Wardrobe Sip & Shop event last night, which was notable for two reasons. One, the event was filmed for Basketball Wives Season 8, and almost everyone else in the main cast was in attendance; two, the charity part of the evening came via Jennifer’s partnership with Not Just October, a non-profit dedicated to breast cancer awareness and education. Jennifer, whose mother died of breast cancer, donated a portion of the evening’s receipts to Not Just October.

Now, Jackie did share a short video — again, from inside her car — while seemingly on her way to the event. “Hi Jennifer!” Jackie says in the clip. “Coming to your party, girl.”

But it looks like Jackie never actually made it to Jennifer’s event. She didn’t share any photos from it on Instagram, something the other cast members in attendance did. She wasn’t tagged in any of the IG posts from the event, either. And Jackie doesn’t appear in Getty Images’ database of professional photos taken at the boutique.

Now, something could have happened to Jackie on the way — she could have had sudden car trouble, or gotten ill, or shown up late. But it’s telling that she’s not in any of the pics, official or otherwise, because we do in fact know that the Basketball Wives cameras were there filming for an episode to air later this season. The confirmation came from PR rep Aryel Nicole, who was also present:

Thank you so much to @jenniferwilliams, @nikkimarz, @clairesulmers w/ @fashionbombdaily and the entire Basketball Wives production team for a great evening! I’ll be sure to keep you all updated on when this episode airs! Not Just October was the receiving charity for Jennifer Williams Classgirl Wardrobe Pop Up Shop to honor her dear & late mother Shirley who passed from cancer! ? x Aryel Nicole Public Relations ? Until next time LA! #LA #PR #PublicRelations #Publicist #SipAndShop #ClassyGirlWardrobe #JenniferWilliams #CancerAwareness #NotJustOctober #BasketballWivesLA #FashionBombDaily #Cancer #BreastCancer #Charity

So either Jackie showed up but refused to be included in the photos (which seems unlikely for any member of a reality TV show’s cast), or didn’t show up at all, potentially in violation of her Basketball Wives contract. There’s also the possibility that Jackie really did quit last month, and get out of her contract — something that happens rarely with VH1, but does indeed happen.

Regardless, we’ll find out the truth soon enough. Basketball Wives Season 8 is expected to premiere next month.