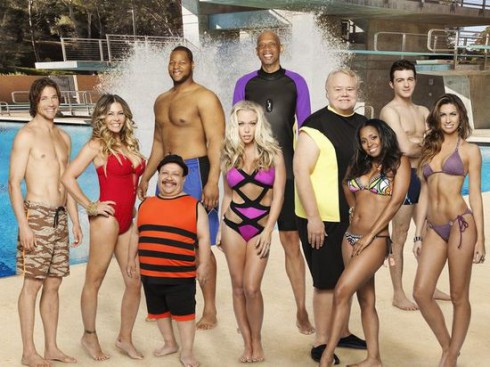 There has been no shortage of celebrity talent shows these past few years. Some have been successful (Dancing With the Stars). Others have been flops (Skating With the Stars). Yet, season after season, producers keep pitting celebrities against tough physical challenges. Naturally, a few people are going to suffer injuries.

Contestants on the newest show, Splash, are indeed diving right into the celebrity injury trend. During pre-season training for the show, comedian Louie Anderson nearly drowned when he became too exhausted from training. TMZ reported that fellow contestant Ndamukong Suh helped save Anderson from the pool. Anderson recuperated after the scare and has faired decently well during the first two weeks of competition. 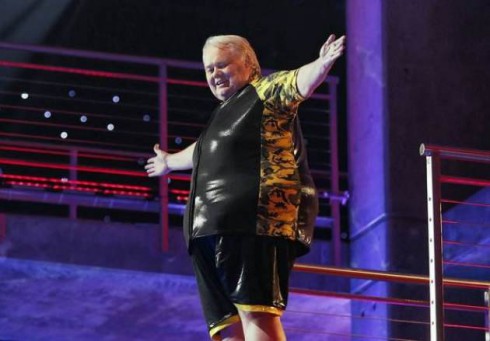 The first two episodes also featured visibly shaken stars, who were asked to push beyond their comfort zones with daunting dives… And the skills will only get more complicated as the season progresses.

The celebrity diving concept is popular in other countries. According to Metro, professional boxer Anthony Ogogo dropped out of the British version mid-competition because of an injury.

Of course, Splash isn’t the first celebrity talent show to physically challenge participants. Contestants on the most successful franchise, Dancing With the Stars, have suffered their fair share of injuries. Extra host Maria Menounos recently told Celebuzz that it took her a year to recover from the broken ribs and fractured foot she suffered on the show. Season 11 winner Jennifer Grey underwent surgery for a ruptured disc after the season completed. Just last year, Melissa Gilbert went to the hospital after she hit her head during a live performance. She was treated for whiplash and a mild concussion. 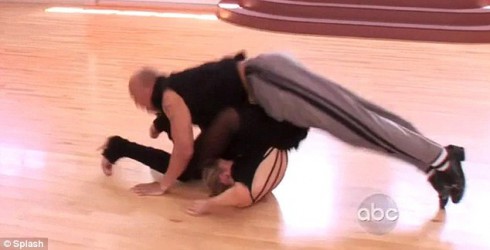 In the picture above, former NFL player Hines Ward lands awkwardly on his partner, Kym Johnson. She was rushed to the hospital for treatment, but returned to compete the next week.

Other injured contestants include Steve-O, Gilles Marini, Nancy O’Dell, Jewel, Misty May-Treanor and Cristián de la Fuente. Even the current season has been affected: Olympic figure skater Dorothy Hamill also recently announced she is withdrawing because of back problems.

Dancing With the Stars is the most popular celebrity talent show, but there are certainly others that put C- and D-listers in risky situations. On Stars in Danger, a short-lived celebrity diving show, Jersey Shore star JWOWW was sidelined by a back injury after belly flopping during practice. During 2010’s Skating With the Stars, Olympic skier Jonny Moseley accidentally kicked his professional partner’s hand, slicing her finger to the bone.

When it comes down to it, occasional injuries are inevitable in intense sports such as skating, diving and even ballroom dancing — especially when working with beginners. The celebrities also sign up for the shows on their own volition, so the responsibility ultimately rests with them.