As we all know, Vicki Gunvalson is not the only OG of the OC. There’s another cast member of The Real Housewives of Orange County who has been there from the beginning and is still going strong. Yes, I’m talking about the super studly Slade Smiley!

Slade, who has been on Real Housewives of Orange County since Season One when he was living with Jo de la Rosa, is known to stir up some strong emotions in the ladies — his snarky stand-up routine last season when he likened Vicki to Miss Piggy caused her to flip out on him and then literally get a new face – and one of the ladies’ favorite comebacks is, “Why don’t you get a real job, Slade?”

Too bad, girls, because you just lost your favorite insult: Slade went and got himself a real job!

The site adds, “Slade will also take listener phone calls on everything from pop culture to beauty to relationships, bringing out his ‘metro Slade’ side.” Did the radio network pay Tamra to write this description? 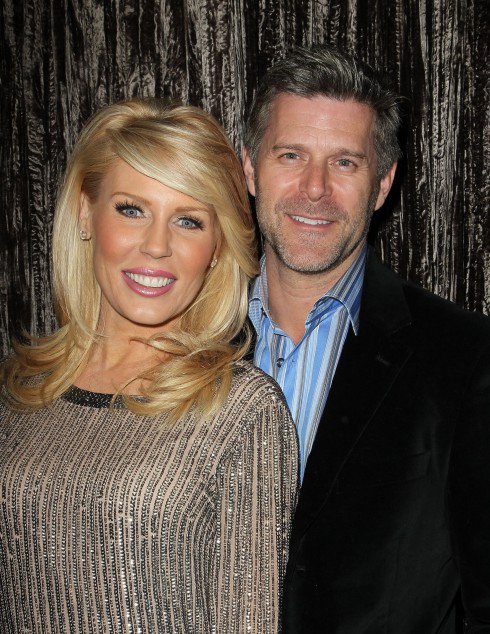 Slade says of his new radio show, “I am extremely excited about having this opportunity with Playlist 92.7. It has been such a pleasure working with this group of Radio professionals… I am really looking forward to talking with listeners one on one, and sharing my thoughts regarding today’s news, pop culture, and relevant events. It is my hope that the Playlist 92.7 FM listeners will enjoy getting to know me as much as I know I’m going to love talking with them. Radio is such a perfect compliment to my evolving love of Improv Comedy. What an amazing place to work out some fun and entertaining content.”

Actually, “Radio Slade” has even featured Starcasm’s own Lindsay as a guest gossipologist on occasion!

Before getting into radio, Slade was a professional boyfriend extraordinaire to Real Housewives of Orange County’s Gretchen Rossi, and helped her to expand and grow her various businesses. He also started Grayson Entertainment, a company that focuses on brand integration. Before that, on Season One, when he was living the pre-recession good life in his McMansion in Coto de Caza with ex-cast member Jo de la Rosa, he was the Assistant Vice President of United Title Company. And before that, he was apparently a male model, representing brands like Gillette, Volkswagon, Gatorade, and Milk.

Bottom line: now that Slade is gainfully employed, the girls have to find something else to mock him about. I’m sure they will be up to the challenge.

Catch Radio Slade on Playlist 92.7, weekdays from 12-1 p.m. and keep up with him and the ladies of The Real Housewives of Orange County every Monday  at 8/7c on Bravo.