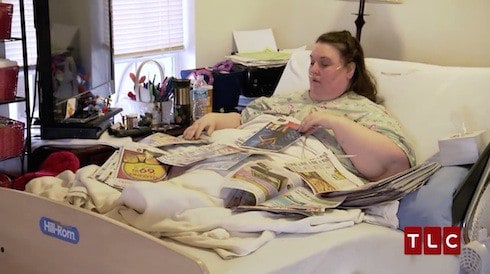 Unfortunately for My 600 Lb Life fans, Penny has kept a very low social media profile since her episode aired in early 2014. It seems that part of the reason for her relative silence is the comparative outrage with which her episode was greeted. Because she was alone among the show’s participants in that she lost no weight a year after gastric bypass surgery, Dr. Now called her situation “unfortunate,” and noted that Penny didn’t seem “to want to change,” since “she went back home [to Maryland] where she can be in control of her food.”

Since then, Penny has shared very few public updates, and almost none involving photos of herself. Her Twitter account is now private. And the last time she shared photos of herself on her own Facebook page was December 26, 2015, with some family shots taken during a family Christmas visit the day before:

However, last summer, Penny’s husband Edgar did share another family photo, this one featuring both Penny and the couple’s oldest son Liam. In it, as with the My 600 Lb Life Penny episode and the Christmas photos above, Penny wears a nasal aspirator: 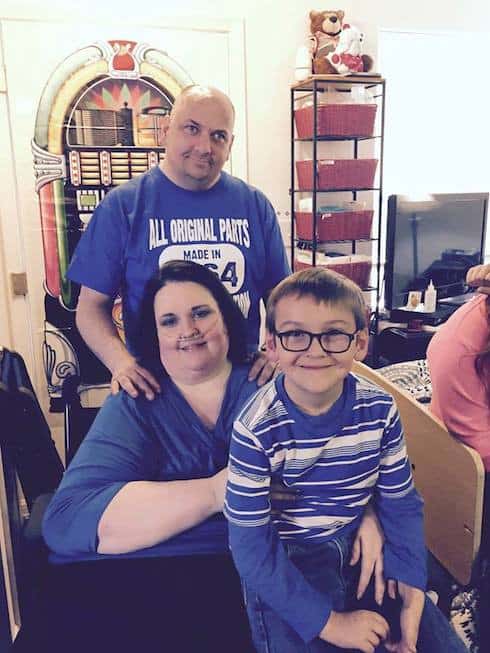 One other thing we do know about Penny and her family is that Liam appears to be doing very well. Most of Penny’s updates involve him in some way, and he looks every bit the part of a happy, energetic, well-loved boy. This past January, Liam celebrated his tenth birthday:

We certainly wish Penny all the best. It’s impossible to know her current weight based on the photo above, but, even though it may look like she still struggles with her weight, it also looks like her family may be in a happier place than when viewers were introduced to Penny several years ago.

The My 600 Lb Life Penny episode is no longer available on TLC’s web site, but the network has made it viewable on YouTube. You can revisit it here.