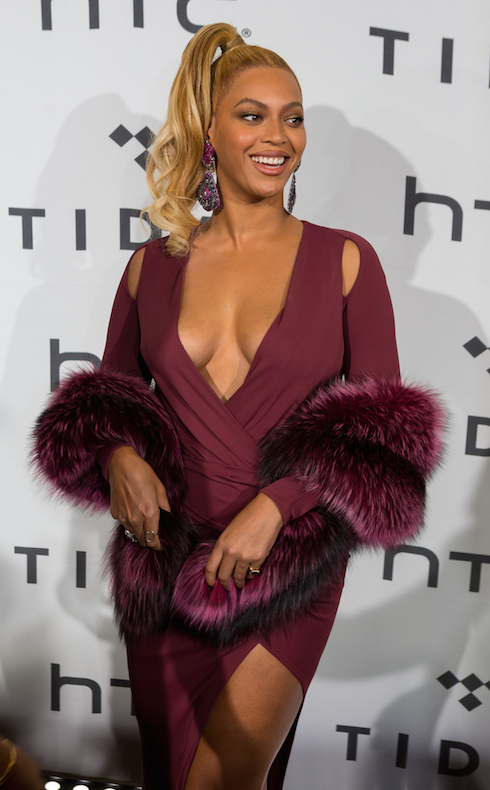 The Beyonce plastic surgery rumors have sprung up again, thanks to a very public couple of weekend tweets from a a noted former high-profile husband. Kevin Federline, who was once married to Britney Spears, took to the social media playform to lay some shade across Beyonce, who has yet to respond.

Why was Federline taking shots at Bey? It’s not entirely clear. What we do know is that sports blog Terez Owens wrote a piece about Beyonce showing off some serious cleavage at the Canelo vs. Cotto boxing match this past Saturday. Federline took it upon himself to respond to TO’s praise–by tweeting out the following:

Federline then followed that tweet with an even more pointed insult:

So sad when a beautiful woman chops and screws her face up w/Botox and surgery… #sawface — Kevin Federline (@kevinfederline) November 22, 2015

@kevinfederline worry about your broken marriage and not beyonce’s face

I hope you say the same shit about/to your ex wife @britneyspears too… https://t.co/MSVuXaRxBk

#kevinfederline Go get on a treadmill or you can sit down somewhere like you been doing clearly! #beyonce

Of course, Beyonce is no stranger to social media, as her 51.7 million Instagram followers can attest. So, here’s a photo gallery of some of Bey’s recent shots: do you, the viewers at home, detect any cosmetic enhancements afoot?

Beyoncifying: Getting over your breakup by putting Beyonce’s face on your ex’s photos