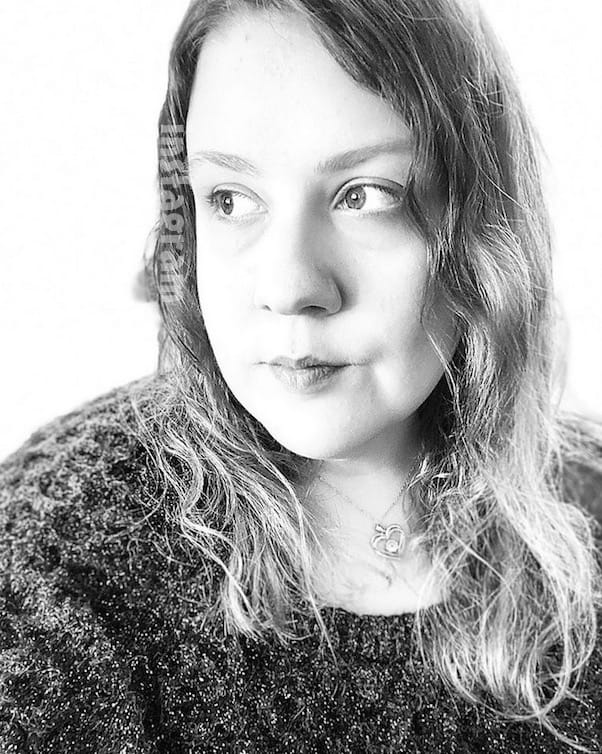 If you’re jonesing for an update on My 600 Lb Life Season 7 star Lacey Hodder, we’ve got you covered. Though it’s been a while since we’ve gotten an official update on Lacey, the Michigander continues to live a beautiful life.

And making it all the more beautiful is the likelihood that Lacey is now living camera-free. Except, of course, for the one she controls herself.

So — how much weight did Lacey Hodder lose? How is she doing today? And will she film a Where Are They Now? episode? Worry not; we’ve got the answers you seek.

How much weight did Lacey Hodder lose? Is she still losing weight?

Devotées of Lacey’s weight loss journey will recall that she had one of My 600 Lb Life Season 7’s more successful episodes. All told, Lacey lost 256 pounds in her first My 600 Lb Life episode.

The Bay City MI native was just 28 years old when filming began. But at a peak weight of 691 pounds, Lacey was running out of hope.

Despite a challenging journey from Michigan down to Dr. Nowzaradan’s Houston practice, Lacey quickly settled into a groove. She began addressing some of the mental health issues that led her to extreme obesity.

Lacey remains one of My 600 Lb Life‘s most outspoken cast members when it comes to dealing with mental health. In fact, the photo at the top of the article comes from a February post in which Lacey acknowledged not feeling quite right.

“Sometimes you just wake up and feel some type of way,” Lacey wrote, to her nearly 10,000 followers. “No rhyme or reason it just is. Not everyday but somedays. I’m in the in between right now.

“So today,” Lacey continued, “I’m going to go out into the world and find something to do with my dogs. What do you guys do to help change your moods?”

Lacey’s kept within Megalomedia’s strict guidelines about what My 600 Lb Life cast members are allowed to post online. But, while she hasn’t shared any full-body before-and-after photos since her episode aired, she has posted plenty of pics.

All together, they appear to depict a woman dedicated to improving her own health and trying to help out any of her 13,000 cumulative followers who might be going through the same things she is. 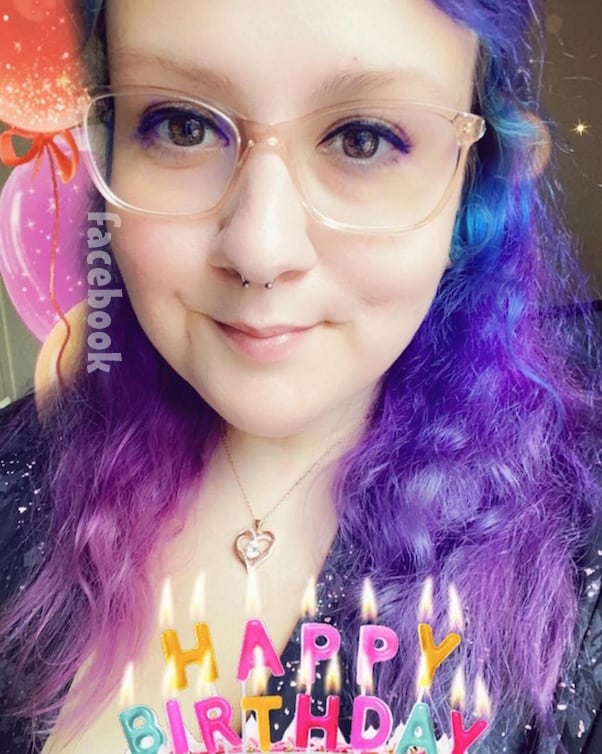 After that, here’s a wonderful shot of a contemplative Lacey standing lakeside from a few months back: 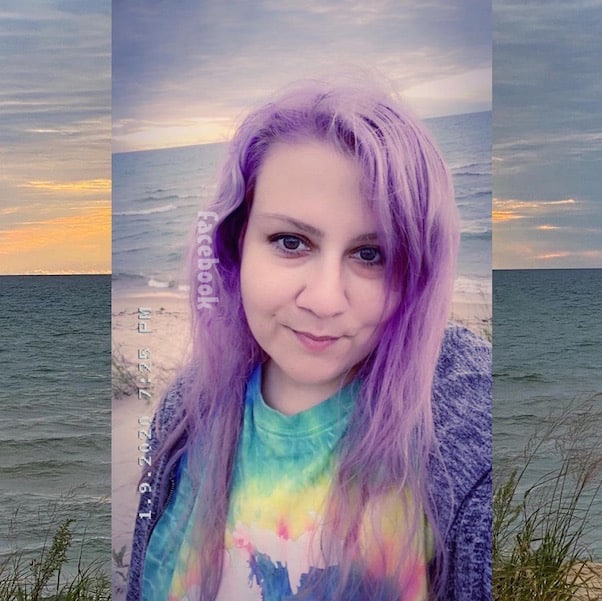 (Note that the timestamp in the photo is flipped. Lacey posted it in September, not January, so the date displays the day, followed by the month. Plus, the shores of Lake Michigan would look a wee bit different in the middle of winter.)

Next up is the closest thing to a full-body shot Lacey has shared in over two years. But your attention is probably going to go straight for the pup: 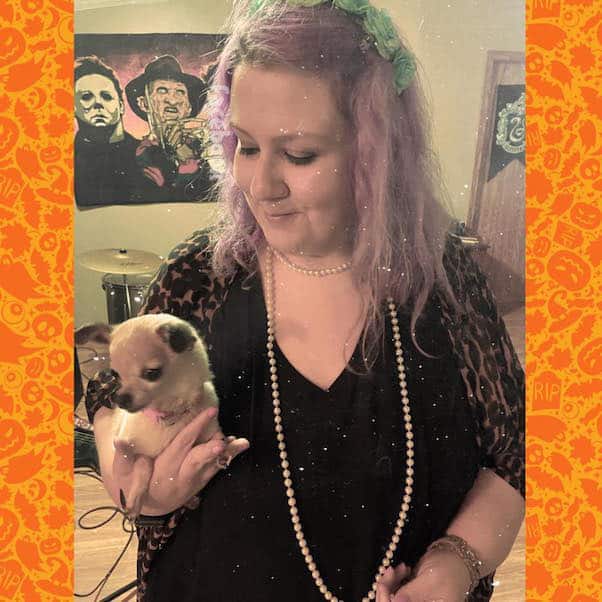 Sadly, Lacey did not adopt a new dog. As she explained in the comments for the shot, she was at a friend’s Halloween party and chilling with the friend’s dog when the photo was taken.

Finally, a quick shoutout to Lacey’s Twitter account, which has garnered a rather impressive follower. We know the dude follows over half a million people, but still — President Obama is a big get! 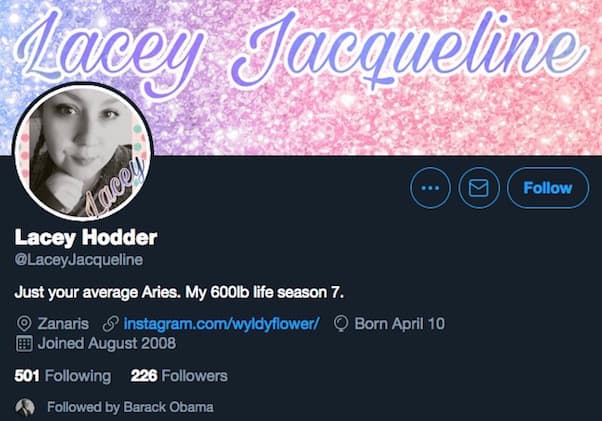 If you want to reach out to Lacey Hodder today, you’ve got a bunch of viable options. For starters, there’s her Twitter handle above.

And Lacey still maintains her Discord server for anyone with similar health problems.

Is Lacey filming a Where Are They Now? episode?

Lacey was coy on this topic the last time we checked in with her. However, it’s been well over a year since she last commented publicly on a follow-up episode.

Given that likelihood, we have to include in our 2021 Lacey update some big advice she gave her followers last year, in the middle of the pandemic.

Lacey’s words will resonate for anyone struggling with weight, or mental health, or just life in general. Though times will always be tough, Lacey has learned that the struggle can be the most important thing.

Someone commented on a post the other day and said to me that I should be giving others advice on how to lose weight. It made me think for a minute. How can I give advice while I’m still in this. I still struggle everyday with this. Being bipolar makes some things a little harder. Everyday is different. Eating disorders make things harder too. It’s something the dr and I had talked about and about how to manage after surgery. Surgery is not a cure for eating disorders. It can slow it down or turn that ED into something else completely but it doesn’t cure it. I don’t think there is a cure when your life is so dependent on food you can’t just cut it out. You can’t just not think about it. You have to actively think about what you’re putting into your body and how that will effect you. Is it good is it bad? Is it good to be bad, is it bad to be good? What defines good and bad to you?

Then comes the guilt of eating something you have personally defined as “bad”. And then you have the people around you judging everything you decide to eat. So do you just not eat? Putting yourself on tv apparently gives the whole world the right to judge every move you make or don’t make. People think they know what’s best and what’s good and bad. Your definitions may not line up with mine. So if we think differently about health and weightloss how can advise someone? I can’t not, directly anyway.

So this is my advice… never stop trying. It doesn’t matter what other people think or say. It doesn’t matter what end of the ED spectrum you’re on. Never stop trying. Don’t give up. Start over and over and over until you get it right and if you fall off again after that get back up. Don’t play the guilt game. Don’t think about what you should have done or could have changed. The past doesn’t matter. What matters is today and tomorrow and the next day. So if you’ve had three crappy days in a row and decide to eat junk food, it’s okay, try to eat something better today then try again tomorrow.

Same goes for the opposite end of the spectrum if you didn’t eat today eat something tomorrow. Food isn’t something you should be worrying about in a negative way. Food is what gives your body life. You are breathing today because it is your life force, so try to feed your body and fuel your soul. Just keep trying. I go through periods of time where I don’t want to eat anything but popcorn (it’s my favorite food) and then I go through periods of time where I meal prep and have food ready.

I change with every day that passes. I’m still trying to find my balance and that’s okay. I don’t need to meet anyones expectations. I am my own person and I will make my goals even if it’s slower than what others expect. I’m still on a downward trend and I’m happy with that. I can always do better and improve, no day will ever be 100% perfect.

So don’t look to me for advice, I’m still learning too. I’m still in this and always will be. Do look to me for inspiration though and look in other places as well because I know I do everyday. Lets inspire each other to keep going and being the best person we can be today. Even if yesterday sucked. Inspiration can be turned into motivation. Use it.

Finally, we’d be remiss if we didn’t include a shoutout to Lacey’s own photography. As we’ve noted before, the talented amateur photographer has a keen eye for nature and serenity. Consider this Michigan-centric winter series from a couple months ago:

Or these melancholic sunset shots — a Midwestern February has the saddest light:

You can revisit Lacey’s My 600 Lb Life debut on the show’s official site.