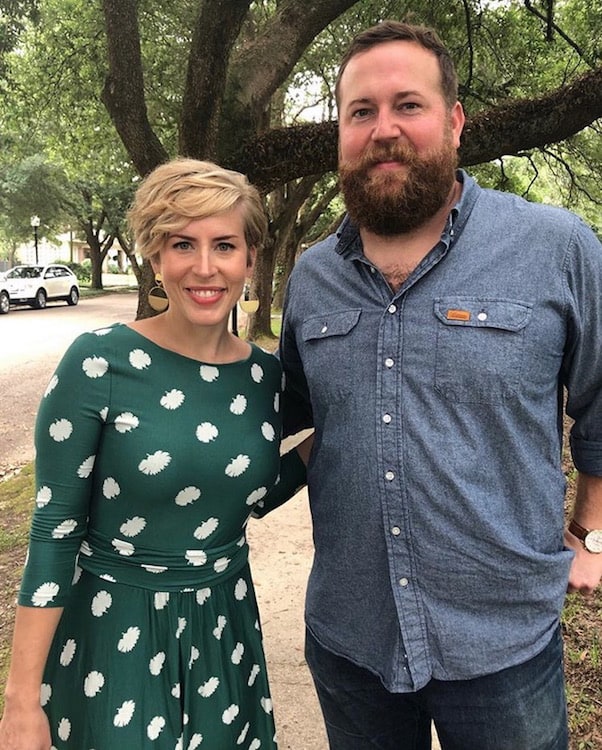 If you’ve ever wished, daydreamed, or outright prayed for Erin and Ben Napier to leave Laurel MS and come transform your house, now’s your chance. The HGTV Home Town location is about to change, as the Napiers are preparing to take their delightful blend of craftsmanship and goodwill somewhere new. There is a slight catch (because there’s always a slight catch), but it’s actually a good one.

Why are Ben and Erin changing the HGTV Home Town location?

Erin and Ben Napier have just gotten the green light for a Home Town spinoff set in an entirely new location. While they haven’t announced the new town yet, that’s because the producers aren’t done tabulating the votes — meaning you, the viewer, could get to watch Ben and Erin do their thing in your very own burned-out burg.

Erin herself announced the big news in an Instagram post last week. (She actually teased it two weeks ago, saying she and Ben had some “enormous news” to share when the time was right, and that it wasn’t a second child.) Though Erin didn’t name the new project, she did confirm that she and Ben are using their spinoff series to take their Home Town ethos to a bigger stage: rather than just working on one house at a time, they’ll be renovating an entire downtown.

You can see Erin’s announcement in context here; below is the full text:

BIG ANNOUNCEMENT: We are taking #HGTVHomeTown on the road to help bring one struggling hometown back to life! If your small town needs restoration and has homes with beautiful architecture that need some love, we want to know about it. Email rescuecasting@rtrmedia.com, tell us all about your town (including photos), and we just might see you in 2020 for a small town revival. #HomeTownRescue (PS. we aren’t done in Laurel!)

So, before you start palpitating: no, Erin and Ben are not leaving Laurel for good. (How could they give up their store?) And yes, Home Town will be back with its fourth season in January of 2020.

What is the new HGTV Home Town location?

Unfortunately, there’s no shortage of small towns struggling across America right now. We’re hearing that the new HGTV Home Town location is potentially less likely to be in the south, simply because Laurel already has that base covered. But if you live in a town that could really use some love, do yourself (and your neighbors) a favor and contact the address above.

Speaking of production companies and networks, HGTV offered a little more information about the coming series in a later press release. For starters, we now know the name of the spin-off: Home Town Rescue. In addition to working on individual houses, the show will see the Napiers “upgrade public spaces, such as parks, local diners and/or recreational centers.” And, though Erin mentioned fans potentially seeing her in 2020 for the project itself, it won’t premiere until the following year.

Here’s an excerpt from that press release:

We’re excited to announce today that HGTV has given the production greenlight to a new event series, Home Town Rescue. Ben and Erin will take on their biggest project yet: an entire town in need of renovation. The Napiers will mobilize members of one community to renovate multiple individual homes in the town and upgrade public spaces, such as parks, local diners and/or recreational centers.

Home Town Rescue is a six-episode series slated to premiere on HGTV in 2021.

To pass the time between now and then, you can stream every one of Home Town‘s 48 episodes on the show’s new site.