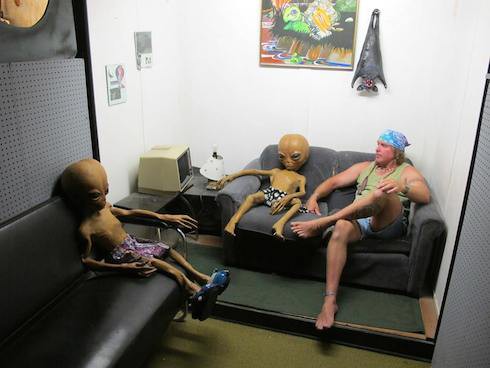 The latter question is easier to answer, thanks in part to Cody’s 27 years as a professional survival instructor. He offers a bevy of classes for survival in all climates and terrains via his website, CodyLundin.com. Cody’s also a frequent updater on Facebook, where he regularly shares details about forthcoming classes and congratulates students on courses just completed. For example, according to one of his most recent posts, Cody’s Aboriginal Living Skills School is about to offer an alpine survival class, set at 8,000 feet in the rustic Arizonan outback. 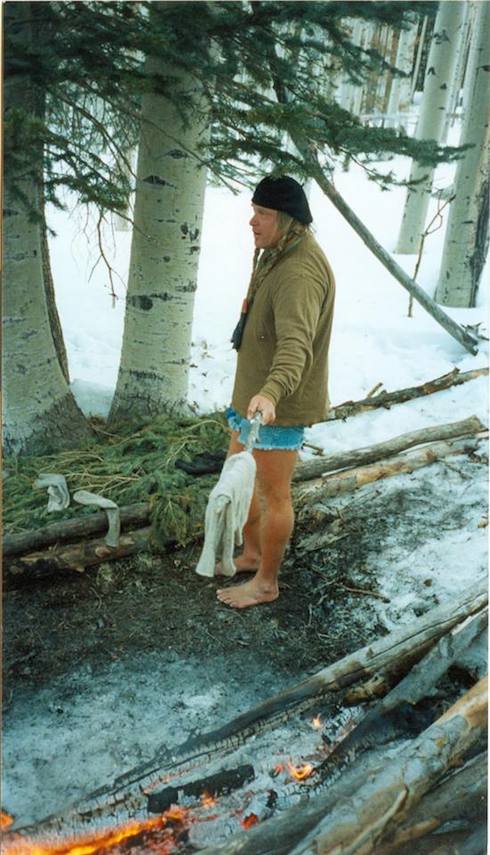 Which is fitting, in its way, since it was extreme winter temperatures that led to the whole Dual Survival Cody Lundin firing controversy in the first place. Devoteés of the show will recall the Season Four episode, “Norway,” which was infamous for two things: one was Cody plugging along in shorts while battling the fierce Norwegian winter, to Joe Teti’s great chagrin; the second was that the ensuing row between Joe and Cody led to Cody’s mysterious dismissal. (It was also, indirectly, the beginning of Joe’s own Dual Survival downfall; click here to read Joe’s recent comments about his own firing.)

At the time, Discovery offered few details about the Dual Survival Cody Lundin dismissal. They did, however, share a semi-behind-the-scenes video depicting how quickly things deteriorated between Cody, Joe, and the crew:

In addition, Cody’s own acknowledgement of his release–in a Facebook update from February 17, 2014– was quite terse: “Unfortunately,” he said, “I have been fired by Discovery Channel for differences over safety and health concerns on the show and will no longer be a part of Dual Survival.”

[Press] releases featured quotes from a new Discovery executive producer implying that I quit the show. Not true. Further releases implied that I couldn’t ‘hack’ the show anymore and that I was unable to handle the survival scenarios. Not only are these implications completely false, they question my professional experience, expertise and integrity in a manner that I will not tolerate. Given the promotional approach chosen by Discovery, I am left with no choice but to speak out to defend my reputation and career as a professional survival instructor with 25 years of experience….Discovery is well aware of the actual circumstances that led to my firing from the show – circumstances that in no way resemble the message that the network has chosen to present so far. 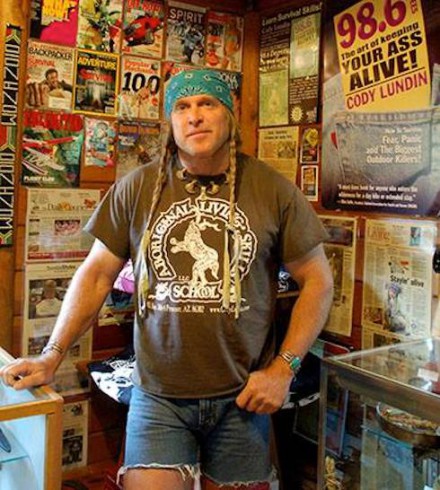 Of course, that wasn’t the end of the Dual Survival Cody Lundin drama. Apparently, Discovery intended to discredit Cody behind the scenes; for one thing, Cody claims the network tried (and failed) to kill a TV Guide article on so-called “survival entertainment” for which Cody gave an extensive interview. The secret back-and-forth from that controversy led to a third Dual Survival Cody Lundin clarification, on May 22nd:

Taking the high road does not involve letting disingenuous people dump on you. I have heard that Discovery Communications and Original Media (the production company) tried their best to defame me on last night’s program, even dredging back into season three. Like herpes, just when one thinks the last boil is gone, another one appears. A cease and desist letter for defamation was sent to both companies by my attorney weeks ago. It seems this was ignored. For executives to purposely pick and edit footage out of context at my and the viewers expense, all the while knowing the real back story, is without conscience. Once again, these actions are uncalled for and have forced my hand to defend my professional reputation. What Dual Survival fans don’t know is that last night’s “behind the scenes” episode was Discovery’s “Plan B” at attempting to explain why I am no longer on the show. “Plan A,” which I refused to participate in, is far more interesting, informative and damning to those involved. 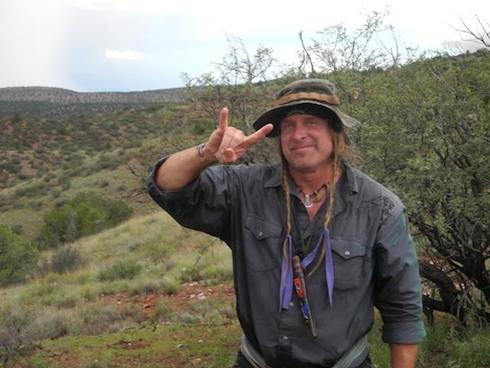 Though by this point the controversy had largely passed, Cody shared one final Dual Survival Cody Ludin update, on June 5th, thanks to what he called Discovery’s further backdoor maneuvering. “I wish to move on from the Dual Survival debacle,” Cody began,  “[but] ethically and professionally I need to set the record straight….[Discovery] wanted to hire me again for the ‘original’ behind the scenes episode.

“A Discovery Channel executive suggested several times that I tell fans that I quit the show in order to pursue my survival school,” Cody explained. “As this was a lie, I refused to participate. I would state this under oath in a court of law. My refusal to lie to my fan base resulted in the hodge-podge of out-of-context footage used to explain my absence. Legions of people saw through this ‘explanation.’ Others…did not.”

There was one more intriguing piece of information in the June 5th Dual Survival Cody Lundin update–and it related to Cody’s replacement. Since, by this point, the increasingly popular Matt Graham had been hired to co-host Dual Survival, many fans wondered why the two didn’t simply pair up, since it seemed like Cody’s beef had been with Joe Teti in the first place. But Cody revealed that he and Matt had had a falling out years before–one bad enough that their former friendship still had not healed:

The survival skills community is very small. Many people have suggested that Matt Graham should have been paired with me. Unfortunately, I needed to end my friendship with Matt three years ago. He chose to claim that he was my “teacher” for several courses to a company in the hopes of getting a product endorsement from them. As this company had never heard of Matt, but had known me for years, they approached me to ask if this was true. It was not. I have a zero tolerance policy with people who knowingly compromise another’s credibility and experience to promote their own. I’m sorry it turned out this way. 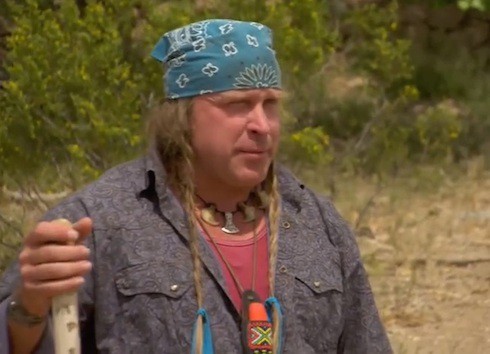 Since then, Cody has been outspoken in his desire for a more honest relationship between all networks creating so-called “survival entertainment” and the viewers of those shows. “I use the term ‘survival entertainment,'” Cody said, in a Master Woodsman interview from the period, “because, unfortunately, that is how the profession of survival skills is being treated by the media: like a big game.

“I’m concerned,” Cody went on, “that the public is being dangerously misled to believe that survival entertainment actors are qualified to teach survival skills. Misunderstanding entertainment for training and celebrity for credentials can and has gotten people killed.”

For more on Cody Lundin’s methods and current courses, you can check out his web site.

The Curse of Oak Island is basically renewed forever