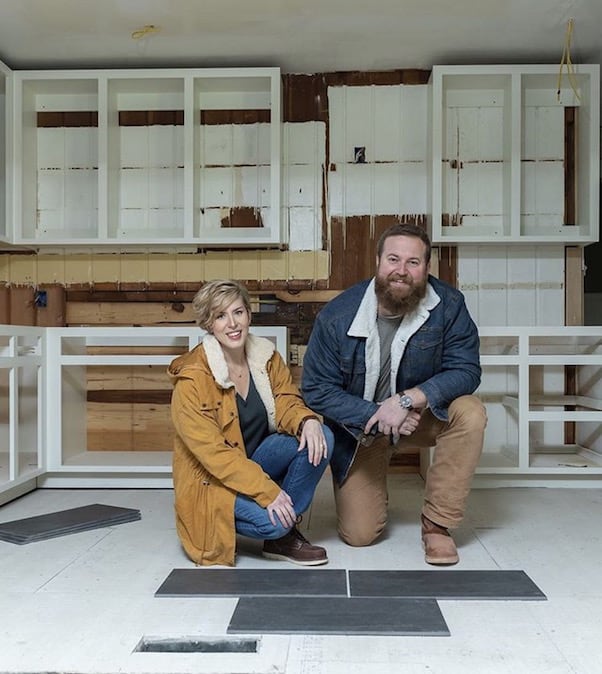 Home Town Season 4 is officially a go, and we’ve got plenty of details on the upcoming episodes from Ben and Erin Napier themselves. Both the Napiers and HGTV have confirmed that a new slate of episodes is in the works, but we’ve also learned that Season 4 will literally be the biggest the show has ever done — and that there will be a few new faces among the crew when Home Town comes back.

First up is the good news of Home Town Season 4 itself, which Erin actually confirmed several weeks before the Season 3 finale. The show remains one of the most successful on HGTV, so news of its early renewal was nice to hear, even if it wasn’t quite a surprise 🙂

It’s been a hard secret to keep, but we can finally tell you… #HGTVHomeTown season FOUR is on the way! So glad we’ve still got plenty of opportunities for cheesy promo photos ahead of us, @scotsmanco. ? (photos by @LarsenTalbert) pic.twitter.com/E69FHjDpzr

Next up, Erin again got out ahead of HGTV’s official announcements by confirming after this year’s finale that the show will be back very early next year. Seasons 2 and 3 both premiered in early of January of 2018 and 2019 respectively, and we now know to expect the same thing for Home Town Season 4:

Thank y’all so much for watching and tweeting with us all season 3. We can’t wait to do it again in January 2020 when #HGTVHomeTown season 4 premieres! ❤️?

Finally, we got one other piece of very good news from Discovery’s post-Season 3 press release on Home Town‘s continued ratings success. Tacked on to the tail end of the release came the confirmation that Season 4 will quite literally be the biggest one that Home Town has ever done. Where Seasons 1 and 2 were ten episodes each, and Season 3 featured thirteen, the network has ordered a whopping sixteen episodes for Season 4.

That’s a lot of renovations when you’re already juggling responsibilities as co-owners of the Laurel Mercantile — plus, y’know, being parents to an adorable little girl. (Baby Helen admirers, take note: more episodes doesn’t necessarily mean that she’ll appear on the show more often.) Beyond the bigger episode order, Ben and Erin will be welcoming a new member to their construction crew: project manager Jonathan Walters bid farewell to Laurel this year, heading even further south for what Erin called an “incredible opportunity in Florida.”

So! There’s a ton to look forward to, and filming starts in just a few weeks. When exactly will Home Town Season 4 premiere? If things stay in line with the last couple of seasons, we’re willing to bet that the season premiere will drop the first Monday in January — so count on the evening of Monday, January 6th, 2020, to be accounted for.