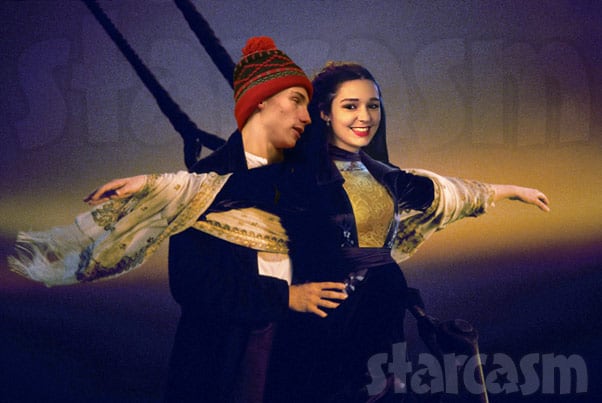 Despite their declarations of eternal and undying love for one another, it appears as though expectant Unexpected super couple Matthew Blevins and Hailey Tilford (aka Hailey 2) have broken up.

Signs that there might be trouble in paradise came via Instagram over the weekend as both Matthew and Hailey dropped some very not-so-subtle hints that they are no longer together. Included in the suggestive posts was a sonogram shared by Hailey 2 along with the caption: “I got this ? Doing it ALL for you baby boy ?.”

Matthew seemed to confirm the break up rumors when he shared a post written by a concerned follower addressing people’s reactions to the reports:

Y’all gon sit here & laugh at Hailey & Matthew breaking up because half of you “called it”, but they’re hurt & upset & they have a kid on the way. You’re all so quick to sit and judge and talk sh*t just because why you saw on a TV SHOW. Grow up and look at the whole picture, maybe they’re just on a break or something. But whatever the reason is isn’t our fu**ing business & y’all bullying her is total sh*t. Everyone’s supposed to be against bullying but you’re all so quick to push your morals back just to say some sh*t. Grow the fu** up. She’s got a baby on the way & she may need someone to talk to. Stop picking bits and pieces to talk sh*t about when it’s NOT our lives.

UPDATE – On Tuesday, Hailey shared this message thanking Matthew for supporting her despite the fact that they “aren’t together right now:” 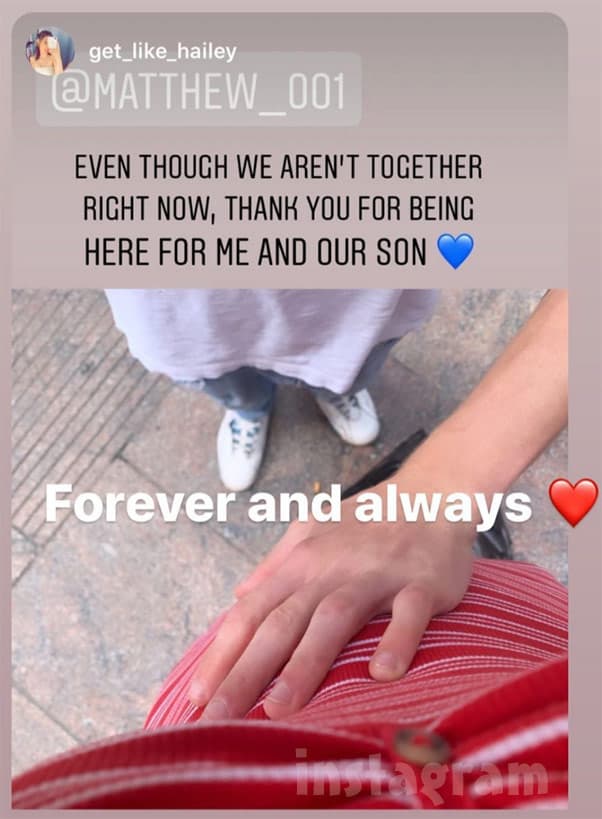 In addition to the posts, Hailey 2 also scrubbed her Instagram account of all the visible photos from her feed featuring Matthew. (There are still photos of him in a few of the galleries in which he is not featured in the cover photo.) The couple used to have a joint Instagram account which looks to have been deleted as well.

Neither Matthew nor Hailey 2 have revealed any details about what may have caused a split. There have been rumors of Matthew cheating again, but those have not been confirmed.

Meanwhile, Hailey 1 has remained relatively quiet about any split between her ex and her ex friend on social media. As we previously reported, the Haileys have seemingly made up since the Tell All as they joined Matthew for a recent Instagram Live session in which they all seemed quite chummy.

Normally, if a reality show couple made posts hinting at a break up without actually saying it, I would speculate that perhaps they are unable to talk about it specifically due to contractual issues. However, Matthew and Hailey 2 have stated that they will not be back for Unexpected Season 4 (more info at the link above), so that would seemingly free them up to say whatever they would like about their current situation.

Of course, if they had a change of heart about coming back for another season, or even if they were just still considering it, then it would make perfect sense that they were being so vague. It could also just be that they don’t feel like sharing that information with the public. If that is the case, you’d think they wouldn’t be online dropping all these heavy hints though?

After the posts suggesting a break up and the photo deleting session, pregnant Hailey 2 found some solace with her girl friends as they met up to go roller skating at a local rink.

We will continue to monitor the story and will update if we get confirmation that the two have split. Until then, if you live in the Louisville, Kentucky area and have a teen daughter named Hailey, be on the lookout for a lanky young ski-hatted Lothario on a moped!

UPDATE – Matthew and Hailey 2 are officially back together! 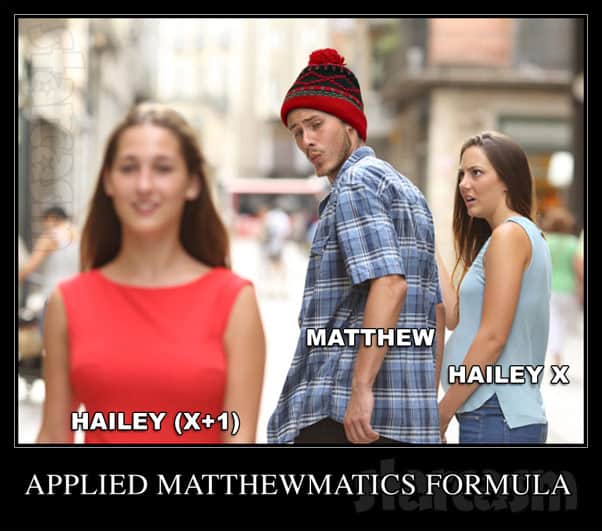