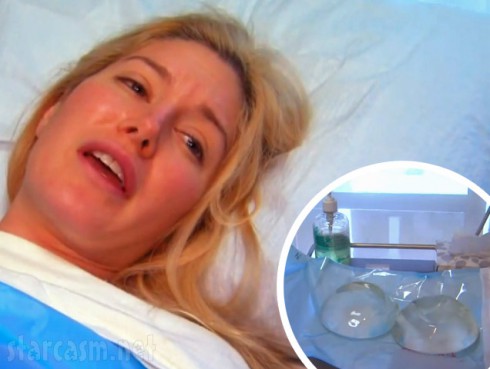 Heidi Montag recently went under the knife yet again, but this time it was to reduce the size of her breasts from an F cup to a more manageable D cup.

Montag invited Entertainment Tonight into her procedure and also discussed the regrets she has about her past surgery decisions and advice for anyone considering having augmentation as drastic as hers done. The former star of The Hills stated:

“Sometimes when I’m just sitting there my breasts hurt so bad… I just want to, like, rip them off.”

Montag expressed regret over having had the augmentations and allowing her sense of self to be wrapped up in how large her breasts were.

“I do regret getting the implants. My new doctor was like, ‘You should never have been allowed by the doctor to get implants this big. … I put my security and sexuality in my breast size instead of my confidence.”

The 27-year-old listed a number of health related issues stemming from having the size 650cc implants that weighed approximately 3 lbs each.

Here is a before and after photo of Heidi following her breast implant removal surgery: 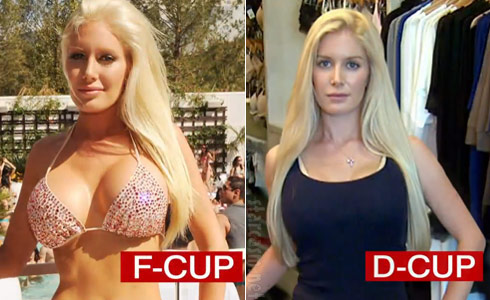 When Montag was asked what advice she would give women who are considering getting really large implants she answered, “To really think about it and really research it because they look great and they sound fun but once you get them that’s it, you’ve done the damage to your skin, your back, your muscles… Is that vanity worth potentially harming yourself? For me the answer is no.”

Heidi Montag’s list of 10 plastic surgery procedures in one day include neck liposuction, brow lift, and botox, at age 23