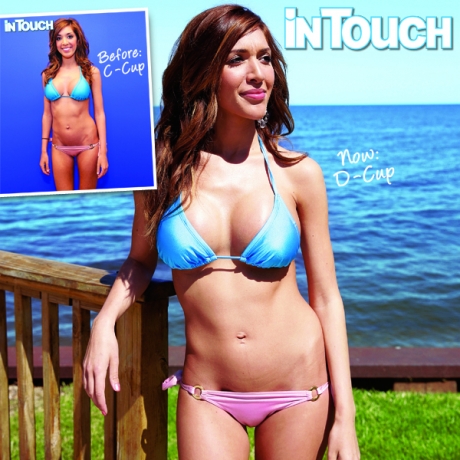 Yesterday, news broke that former Teen Mom star Farrah Abraham had gone under the knife yet again. After one breast augmentation, a nose job, and a chin implant, Farrah has gotten her second boob job. After noticing that her former implants were starting to feel “like water balloons,” Farrah opted to change them out for bigger, silicone ones. Now, fans are finally getting to see the before and after shots.

“I look more natural,” Farrah tells In Touch Weekly of the surgery which took her chest from a C-cup to a D-cup and from saline to silicone. “I’m looking amazing.” 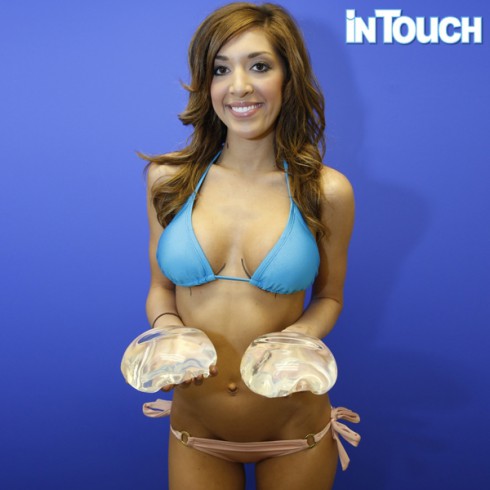 Farrah’s first $5,000 breast augmentation went down in early 2011 and was captured by MTV cameras and featured on an episode of Teen Mom. At the time, she credited her decision to wanting to give her modeling career a boost. Then, in October of 2012, Farrah shelled out $16,000 for a new nose and chin implant. This most recent boob job cost her over $7,000 which brings her total surgery spending to nearly $30,000.

“I don’t think I’ve done too much surgery at a young age,” Farrah tells the mag. “No one who meets me thinks I’ve had plastic surgery. I don’t look fake.”

As for the actual procedure, Farrah says, “Getting cut doesn’t bother me.”

However, it isn’t all fun and games, especially in the first few days following the surgery. “There’s definitely some pain,” Farrah admits, adding that she’s “pretty tough.” 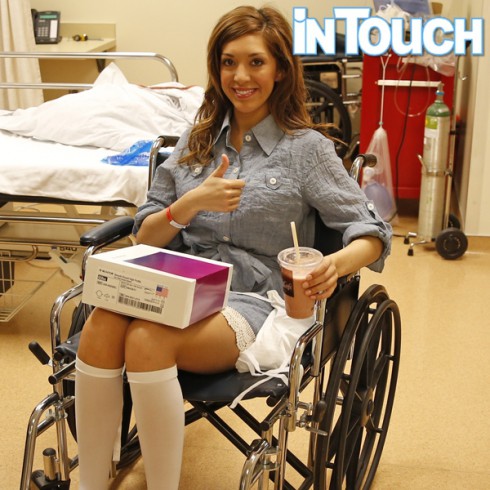 Now that she has her new, bigger boobs, Farrah is more confident than ever. “Obviously, I look good,” Farrah states. “I want to look my best.” And to keep the memory of the surgery alive, Farrah hung on to the box the implants came in as a souvenir.

While she’s not ruling out more surgery in the future, a third boob job may not be something she’d consider since, as she says, “I’m very realistic about keeping myself looking natural.”

For more graphic photos of the procedure, head over to In Touch Weekly‘s photo gallery — at your own risk, of course.