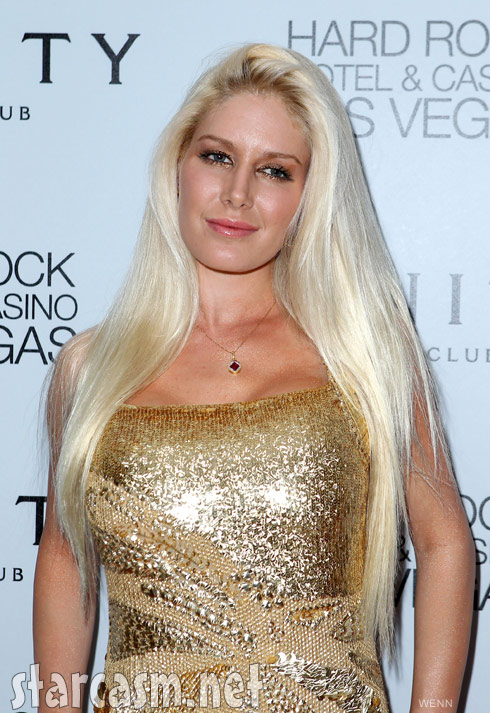 In January of 2010 The Hills star Heidi Montag shocked the celebriverse when she revealed she had gone under the knife to have no less that 10 cosmetic surgical procedures, which is in addition to the nose job and breast implants she had two years prior. (CLICK HERE for a complete list of what she had done.)

Not long after her unveiling Heidi expressed remorse about having all the procedures performed, and in December she shared photos of her scars with Life & Style. In the article she blamed the surgical procedures for ending her career and compared herself to Edward Scissorhands.

Heidi just celebrated her 25th birthday with a party at club Vanity inside the Hard Rock Hotel in Las Vegas, so we thought we might catch up on how her face and body are holding up more than a year and a half after being so brutally sliced, sucked, pumped and otherwise artificially “enhanced” by Dr. Frank Ryan.

Let’s start off with a “Heidi Montag’s face through the years” montage with photos of Heidi from the last five years, including a nice photo of her at Volkswagen’s US premiere of their new Tiguan Concept SUV in 2006 (supposedly before she had any work done) and one of her in 2010 just after revealing her new post-procedures look:

It does appear as though her forehead has loosened up a bit, if her lowered eyebrows are any indication. Also, her multiple nose job procedures are VERY obvious (more on that below). Oh, and althoguh not as obvious in these photos, Heidi went from a natural A cup to DDD! (CLICK HERE for a better before and after photo of Heidi Montag’s breast augmentation surgeries) Otherwise the only other major difference I can see is that she looks 15 years older.

Here is a close-up side-by-side comparison of Heidi Montag’s face from 2006 and from Friday night in Las Vegas: 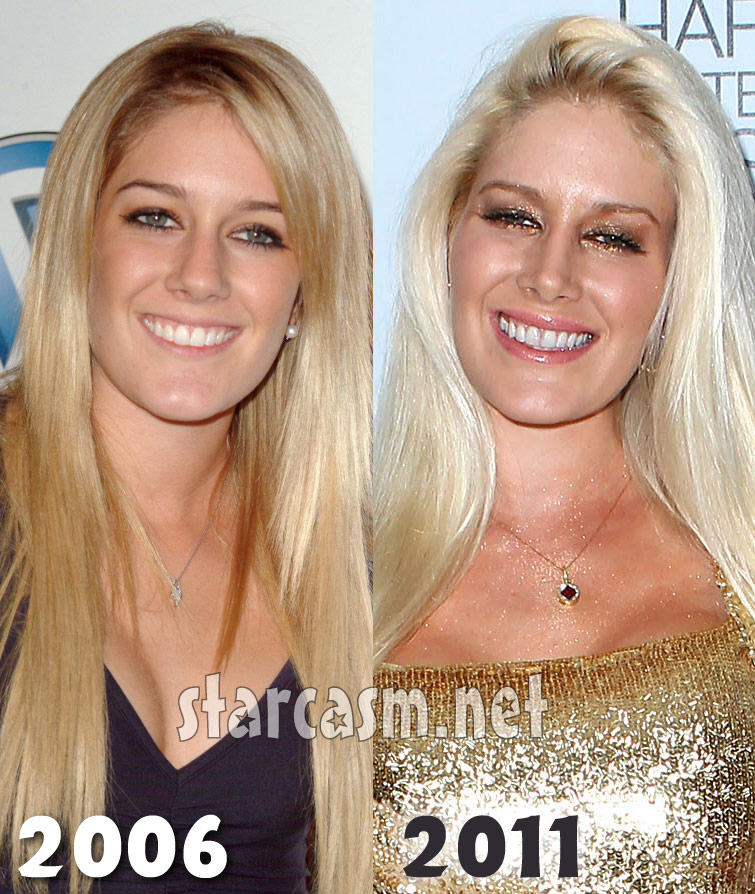 The biggest difference here (aside from her choice of makeup) is obviously her nose, which was narrowed significantly and also given a bit of a Michael Jacksonesque button on the tip.

It also appears as though the human Barbie has added a few pounds to her comic book frame from 2010, which isn’t necessarily a bad thing. (Those huge breasts of hers on her tiny frame looked a little beyond pin-up and more plain ol’ unnatural!) 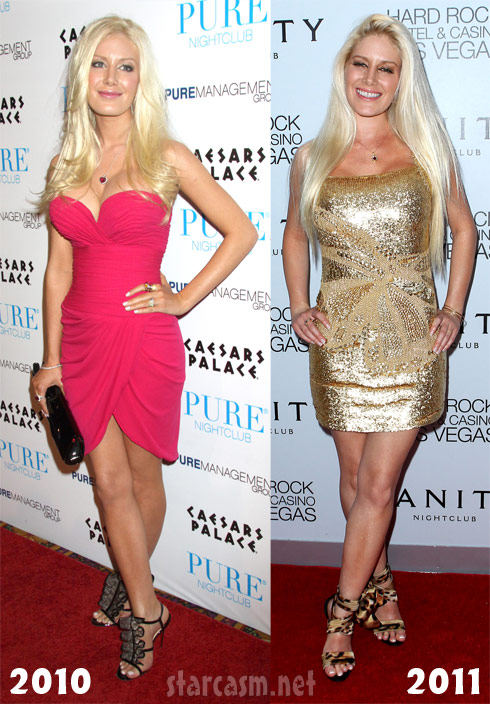 I’m sure I’m not alone when I say Heidi Montag was a very attractive young woman prior to having any work done on her face or body. I can also understand getting the nose job and a slight breast enhancement (I think she was fine without either, but I get it.) The ten surgical procedures at once after already having the other two? Forget it. That shibbit’s plum crazy yo! And she won’t even see the true negative impact of slicing and dicing a human body at the age of 23 until much later, at which point she is going ot feel like more plastic surgery is the only answer.

I think Heidi is a nice enough person, although her intellect and taste in men can rightfully be called into question, so I suppose I do feel a little bad for what I believe to be in store for her in the future, especially when you consider that her career as an entertainer and celebrity appears to be basically over. But, I shant waste too much of my “feel sorry” reservoir when there are so many other nice people out there suffering through things that aren’t a direct result of their own vain choices.

REPORT: Kim Kardashian got fat from her legs injected into her butt