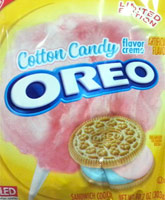 Jezebel - Cotton candy Oreos will soon exist because 'Merica Hello Giggles - Why Thursday's net neutrality decision is a HUGE deal Celebitchy - KhloE! Kardashian to do E! red carpet coverage for 4 years Reality Tea - Real Housewives Of New York Premieres April 7th?! DListed - R-Patz and FKA Twigs get canoodly (If that sentence sounds like nonsense, you're not alone) Grantland - Friday Night Lights: Evaluating the post-football fortunes of one of TV’s deepest and most beloved casts. The Blemish - UFC fighter beats down Facebook troll The Ashley's Reality Roundup - SURPRISE 1: Keeping Up With the Kardashians Season 10 will feature a dramatic family fight. SURPRISE 2: It's scripted. Straight From the A - VIDEO Erykah Badu crashes live news report, updates viewers on how things are going for pimps at the nation's airports
Read More...
Read More...
Read More...
Read More...
Read More...
Read More...
Read More...
Read More...
We use cookies to ensure that we give you the best experience on our website. If you continue to use this site we will assume that you are happy with it.OkNoPrivacy policy