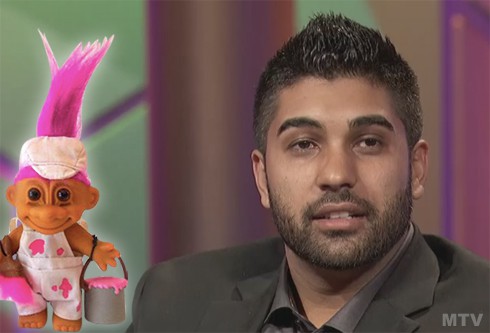 While there’s no flying Farrah fists or pounding Portwood palms for our viewing pleasure yet, there is a very rare moment of emotional intensity from Ryan Edwards and an attempt from Simon Saran and Farrah Abraham to defend the former’s penchant for inciting inflammatory social media situations.

Bentley’s dad has a reputation for blocking out his emotions and staying stoic in the face of all the drama in his life that has played out over the years on the show. Ryan’s heart surges to the surface here, however, as he expresses regret over the rift that had grown between himself and his parents.

While Dr. Drew often gets a bad rap for his hosting duties on these specials, it’s a sweet moment for him as well as he is obviously overcome by the very real feelings that Ryan is unable to contain:

Dr. Drew: Did you think to yourself I’ve just got to be a bigger person here?

Ryan: I felt bad for mom too and I didn’t want to be mad at dad.

Dr. Drew: (Seeing Ryan’s tears) This must be very hard for you. I’m sorry… Is the painful part mom or dad or both?

The dynamic duo of Simon Saran and Farrah Abraham get asked about Simon’s habit of stirring up controversy with his social media comments and the pair refuse to back down as they defend his trolling ways:

Simon: The thing is is, these people make themselves, you know, vulnerable. It’s like they just, like, give you ammo to just talk about them which is kind of funny… I don’t mean no disrespect and some people got hurt about it but it was just in fun.

Dr. Drew: I heard you called somebody a pedophile?

Farrah: Well I’m sorry that Matt probably looks like it.

Simon: Probably all in fun.

Dr. Drew: I wouldn’t take that as fun if I were the object of that.

Simon: Well you’ve got to have a sense of humor then.

Farrah: Yeah. They act like they have a sense of humor. Maybe not?

According to sources at the scene, these were the comments that set Amber off and resulted in the As-Yet-Aired-But-Already-Infamous Teen Mom OG Brawlarama 2016™.

MTV green lights new season of Teen Mom OG, who is coming back and who isn’t?