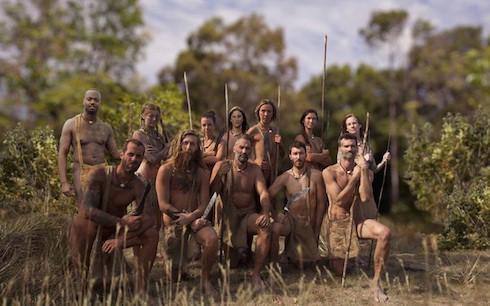 Is Naked And Afraid fake? The “fake / real” controversy is something that every reality show has to deal with at some point; and survival shows, with their potentially death-defying scenarios, are certainly no exception. But a string of new allegations from a former Naked And Afraid participant–as well as a highly charged claim from a survival expert vehemently opposed to this genre of reality TV–has some viewers wondering whether producers are influencing the show more than they let on.

The show was first “exposed” by a Daily Mail article all the way back in 2013. That report alleged a secret feeding and undisclosed IV given by producers to a female contestant after she fell ill due to a poorly prepared meal of turtle.

Kim Shelton was supposedly fed “bread, rice, and baby food,” and hooked up to two separate IV drips to stave off dehydration. The thrust of the DM article is not that Shelton shouldn’t have received medical attention, but that it was dishonest of the producers to provide it without making a mention in the final cut of her episode.

Following that, no less an authority than Les Stroud, the Survivorman himself, took the show to task in a freewheeling Facebook update…

OH – and how about a once and for all answer for those of you who keep asking me to join forces and make a show with pretty boy Grylls or Cody the diva or Naked and Stupid or Alone But Not Really or Dual Idiots (not certain about the show titles 🙂 ) …..I don’t mean to be harsh (and in fact kudos to Grylls and Cody and Matt Grahame for actually being adventurers in their private lives) but why on earth would I, who’ve spent the last 15 years surviving for real and making those films for you, risking my life in the process for REAL, bother to hook up and take part in any one of those other shows – all of which fake, contrive, set up, pretend, or otherwise lie about what they are actually doing?

…and then doubled down on his words when fans asked him to elaborate in the comments. “Sorry – N and A is staged,” he said, leaving no room for misinterpretation. 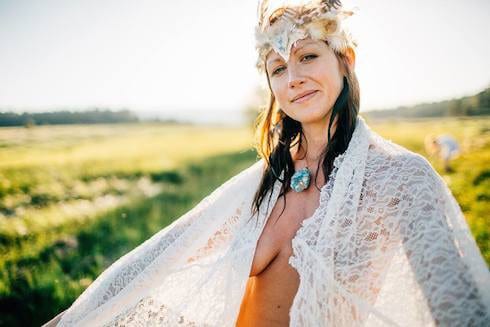 Those components of the “Is Naked And Afraid fake” question lead us to the most recent–and potentially most damning–entry, which comes from Honora Bowen, who featured on the Naked And Afraid Season 3 finale. Honora competed alongside Matt Strutzel in Brazil’s treacherous North Region; Matt was able to complete the challenge, but Honora suffered extreme heat exhaustion, and had to tap out.

…Or did she? In an article on her personal webpage–one entitled “How Naked And Afraid is Like a Nazi Experiment and Why I Faked The Blackout in Brazil“–Honora challenges the entire premise of the show.

For starters, she claims she was coerced into starting an argument with her partner in order to provide a dramatic peak for her episode. (Honora also states that producers continually coached her on how to make statements about her own background, and her father’s importance in her life, though her words were not necessarily accurate.)

What really pushed her over, though, was that Honora developed a bladder issue due to an overactive metabolism. Though she asked to tap out several times, the producers goaded her into continuing. Ultimately, Honora says she faked her medical issue simply to get off the show:

The only real place where my muscles did not hurt was the lagoon, where I could suspend myself in water. So while they were gone, I walked to a spot in the dunes to lay down, I actually let myself fall down, and just stayed there for about a half an hour. Nobody came, so I walked a little closer to camp and did the same thing. My partner called me, came over to me, and called the medic on the radio.

I pretended to be basically catatonic. I let my body go limp, because honestly it was pretty close to that point anyways. They had been checking my blood sugar at least once a day, and it was wavering around 40-60, which is incredibly low for a person. I was pretty close to going into a coma for real. So being limp and playing dead actually felt amazing, in that I was going to get to leave there and I didn’t have to take one more fucking step in that fine, fine sand. I had taken enough extra steps for these people, both literally and figuratively….I remember hearing what a great job the camera guy was doing as he was hanging out the open-sided jeep and filming the epic tap-out. Someone kept pinching one of my nipples. The producer was joking about pizza and beer. I just did my best to let my eyes roll back and keep a straight face. And the poor medic, who could never say my name right, I felt the worst for him. Because, he was really a good guy, so sweet, and I truly felt bad hearing the fear in his voice that I was almost dead.

(Devoteés of the Naked And Afraid franchise will doubtless point out that Honora still went on to participate in the first season of Naked And Afraid XL. She addresses that decision as well; you can read the details here.)

Critics of Honora’s account say that the decision to exaggerate her condition was ultimately hers, and that no one involved with the show’s production forced her to faking anything. Critics of Naked And Afraid say that Honora is merely casting light upon a shadowy practice.

As is often the case with reality TV, the truth about the show’s production is probably somewhere in between the two extremes. Hopefully, very few viewers of any reality TV show really, truly believe that the word “reality” means that what’s happening on-screen is absolutely 100% real.

Do producers manipulate events? Of course–that happens all the time. Are some producers more lassez-faire than others? It is decidedly so. There’s truth to both sides of the argument; but, then, it’s worth remembering that arguments rarely have just two sides.

RELATED ARTICLES: How much do the Naked And Afraid contestants get paid for doing the show?

(Photo credits: Is Naked And Afraid fake via Facebook)