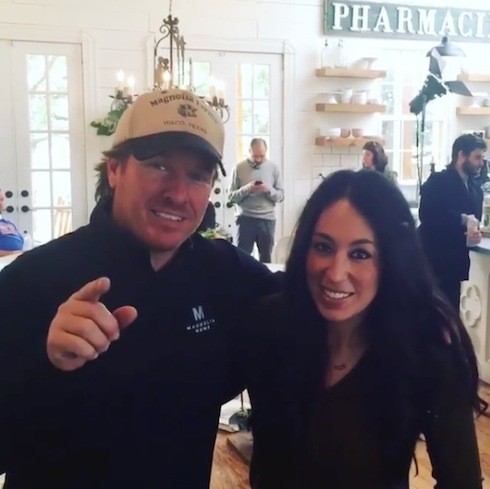 Are any of the HGTV Fixer Upper homes for rent? It’s a question commonly asked with regard to the massively popular home improvement show. And, until recently, the answer was a solid “No.” When the show’s success led a few enterprising former clients of Chip and Joanna Gaines to turn their sought-after homes into a business opportunity, though, things got a little uncomfortable.

A new article in the Waco Tribune details the emergence of Fixer Upper-featured rental properties. The long and short of things is that the show is turning out to be too popular for some homeowners to handle: their very visible association with Fixer Upper–which draws about 20,000 visitors per week to downtown Waco–has resulted in “cars with rubbernecking passengers,” people who regularly “get out [and pose] for selfies with the house as backdrop,” and even gawkers who “come to the door and ask if they could look inside.”

In addition, no less an ambassador than Clint Harp, woodworker extraordinaire and Joanna’s go-to for homemade furniture from day one, has moved out of the house he, his wife Kelly, and their children had fixed up by Chip and Joanna years ago. The Harp House will soon be available for rent, though, in Clint’s case as is the case with other families, he’s definitely not looking to make a quick buck. The Harp family decided to find a new place because the attention they were getting in their Fixer Upper home was just too much for them to deal with.

“We love that house,” Clint told the Waco Tribune It’s such a great house. It’s not like we didn’t want to live in it….[But] I feel like [the house] is not ours, but in a good way. I don’t want that to stop. It’s such a fun thing. It’s brought joy to people and I love that.”

Clint added that he realized he needed a bit more space between his personal and professional lives. (Devoteés of Fixer Upper will recall that the Harp house, nicknamed “The Beast” on the show, is located right next door to Clint’s shop.) “I remember looking out the window on a Saturday in May,” he explained, “a great time to be playing with my kids, but I was worrying that there weren’t any cars in the (shop’s) parking lot.”

If you’re interested in renting out The Beast during your next trip to Waco, here are Clint’s own updates on the property:

**FUN ANNOUNCEMENT!!…starting Sept 1 if you're visiting Waco and need a place to stay, you can rent out our #FixerUpper house!!! It'll be listed online in just a couple weeks for you to make reservations. We'll release those details soon! It's right next door to our @harpdesignco shop and less than 2 miles from the #magnoliasilos and dowtown Waco. Along with staying in the house we'll offer some special packages like the candlestick package where i'll teach a small class on turning candlesticks and table legs!! (We'll only offer that package a few times a month so first come first serve) Many have asked why we moved…well, we really needed to regain some privacy for our family and not be so close to work, but in the end we love this house and wanted to do something fun. We hope you'll come stay when you're in town!! Stay tuned!! #lovebuildrun

New pergola going up nicely for our visitors at the #harphouse !! Can't wait for yall to come stay…you'll be able to make reservations very soon! #staytuned #lovebuildrun

Foremost among the handful of other Fixer Upper homes that you can rent, if you’re so inclined, is Joanna’s self-described “favorite reno of all time“: the mid-century modern from Season 2, Episode 9. Former professional soccer star Charmaine Hooper’s house from Season 1, Episode 2 is available for rent here;
and the infamous “Barndominium” from Season 3, Episode 6 is available here.

The good news is it doesn’t look like anyone currently renting out a Fixer Upper house is doing so because that was the goal all along. The show’s popularity can’t be understated; Susan Morton, Tourism Manager for the city of Waco, told the Tribune that she regularly fields specific requests for information on Fixer Upper properties. However, she translates those requests into a look at the outside of either the Magnolia House B&B or the Harp House, since it’s now vacated.

Fixer Upper Season 4 will premiere in late 2016 on HGTV.

Clint Harp’s Fixer Upper spin-off, Against The Grain, set to premiere on DIY

After her racist cocaine rodeo remarks, NeNe Leakes wants a sitdown with Bravo